Mr A. S. Dick. Managing Director of Standard Triumph International since 1954, is to resign from the company, according to a statement from Leyland Motors this week. 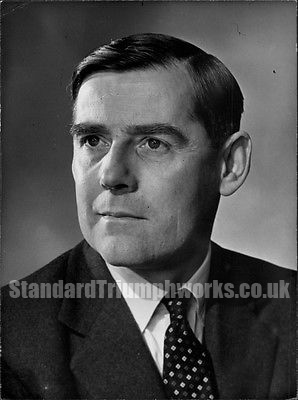 Two of the three directors who remain on the board of Standard Triumph are Mr. S. Baybutt and Mr. D. G. Stokes, who are also directors of Leyland. Mr. Dick, who is 45, has earned for himself the reputation of being one of the bright young men of the motor industry. He joined the Standard Motor Company as an apprentice in 1934 and succeeded Lord Tedder in the managing directorship.
Shortly before the takeover this year Sir Henry Spurrier told Leyland stock-holders in a letter that substantial losses were being incurred by Standard Triumph which would not be made good by the end of the financial year to August. Later in the year, however, the company expected to be operating at a profit. In Coventry trade union reaction to the Leyland statement was swift. Mr. D. Fairbairn, district organiser of the Transport and General Workers’ Union and district secretary of the Confederation of Shipbuilding and Engineering Unions. said: “Any attempt in the Leyland plans to reduce wages or alter conditions at Coventry will be strongly resisted. The unions are not so much worried about the management of the firm and its make-up, but we would ask for protection of wages and conditions which have been steadily improved over the years. We would expect no interference in the renegotiating procedures that have been established nor changes to agreements without proper consultation.”
Archive: Thursday, August 24, 1961