John Tomlin (65), a material handler at Radford retired after 32 years at Coventry. 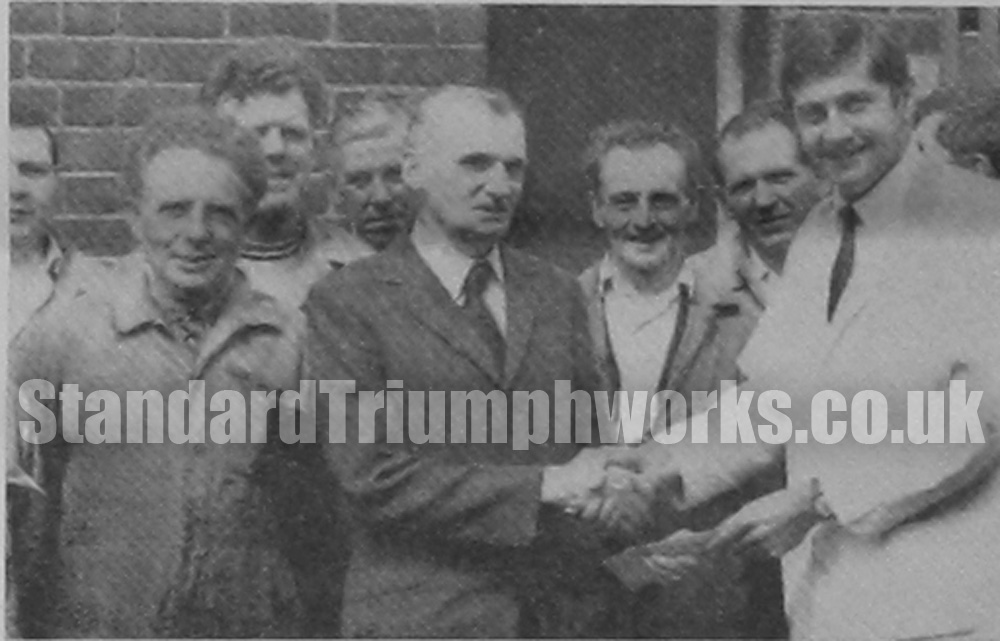 John started at Canley in 1940 in the old 3XA Shop. Eventually he was called to the forces and served in an anti-aircraft battery of the Royal Artillery. He resumed at Canley after the war and moved to Radford eight years before retirement.

GIFT FROM WORKS
Mr J. Crosby, foreman, presented a gift of money from John’s workmates and wished him well. John has moved to a retired people’s residence in Lillington.