Two period photographs from the Standard Triumph London Service Depot.
The buildings were the former premises of Hoopers (Coachbuilders) Ltd and were located on the junction of Dukes Road, Western Avenue, Acton. 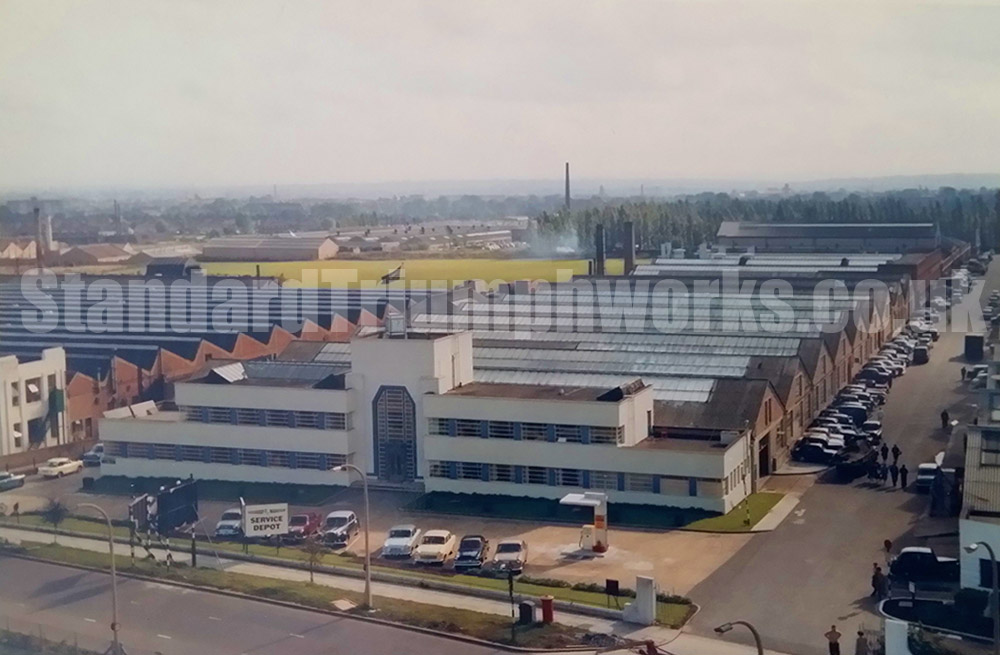 The first photograph, we think, dates as c1959 – early. We can see one lonely Triumph Herald over on the left and would suggest they may be a few more as the year progressed. Notice no exterior signage. A later photograph has a large Standard Triumph logo on the wall with a huge ‘book’ logo in the central column. Again could this point to date the photo just before Standard Triumph (International) with the building ready for, or just received a fresh lick of paint?

UPDATE: 21st January 1960. Standard-Triumph International Ltd., announce that they have acquired the lease of the premises in Western Avenue, London, previously occupied by the Hooper car-body building concern. The building will shortly be reopened as Standard-Triumph’s London. We believe this dates the photo above to this time prior to the new signage being added. 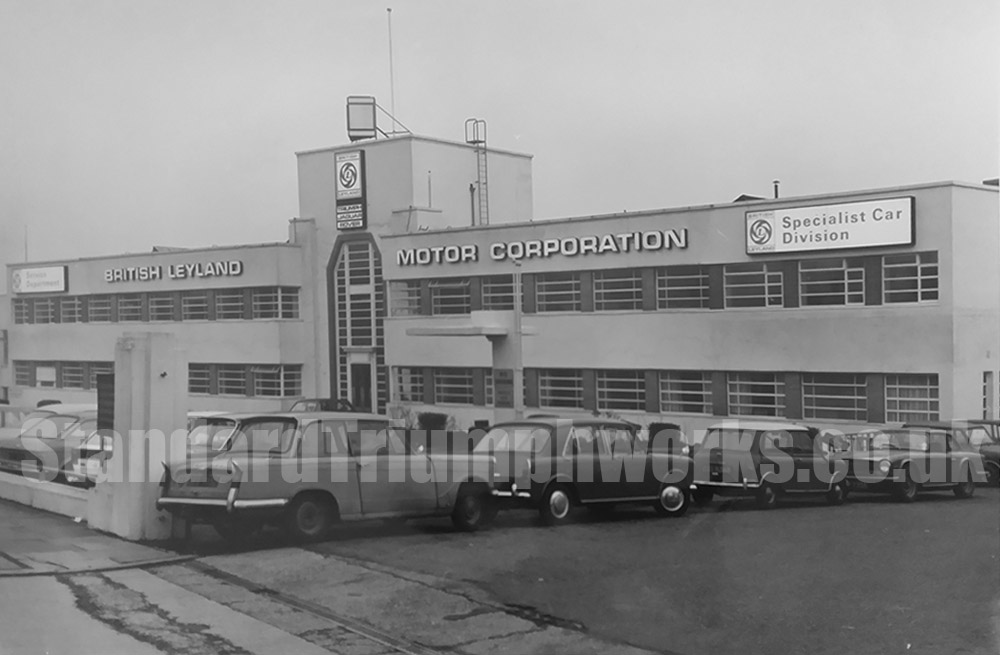 The second photo is later and sports the Leyland logos.
Further details to follow. If you can help with any info from the London Service Depot, please get in touch, we’d love to hear from you.