Captain Black held a view that as Standard had many photogenic people working for it, it was commercially sensible to use them for publicity purposes and thereby save money by not using modelling agencies. 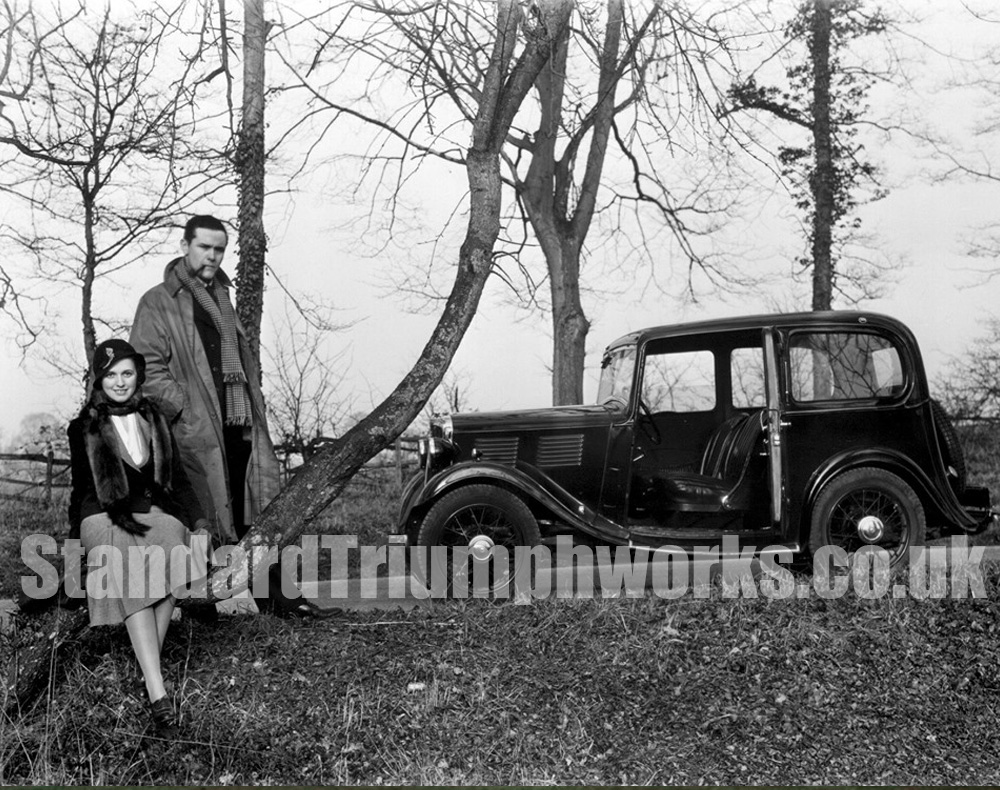 This is a publicity picture for the Standard Eight featuring Christopher Jenkins* from the Service Department and Edna Taylor who was Black’s secretary. Edna later married C. Drummond Phillips from Export Sales who reported to Ben Mason, Export Sales Manager.

Post-war, Mason moved to Jaguar as he’d done all the export work for SS Jaguar from Standard. We’ll see some more of Edna and Drummond (who were close family friends) another day and that was when Drummond was transferred to Toronto to oversee the launch of the TR2.

She and Drummond retired to Ferndown near Bournemouth. Drummond died in the 1980’s and Edna finally said farewell to this world at the amazing age of 103.

Written by and photos by John Macartney