Months before July this year Mr P. J. McGrath, a millwright at Tile Hill Lane, had decided on a holiday in Italy. 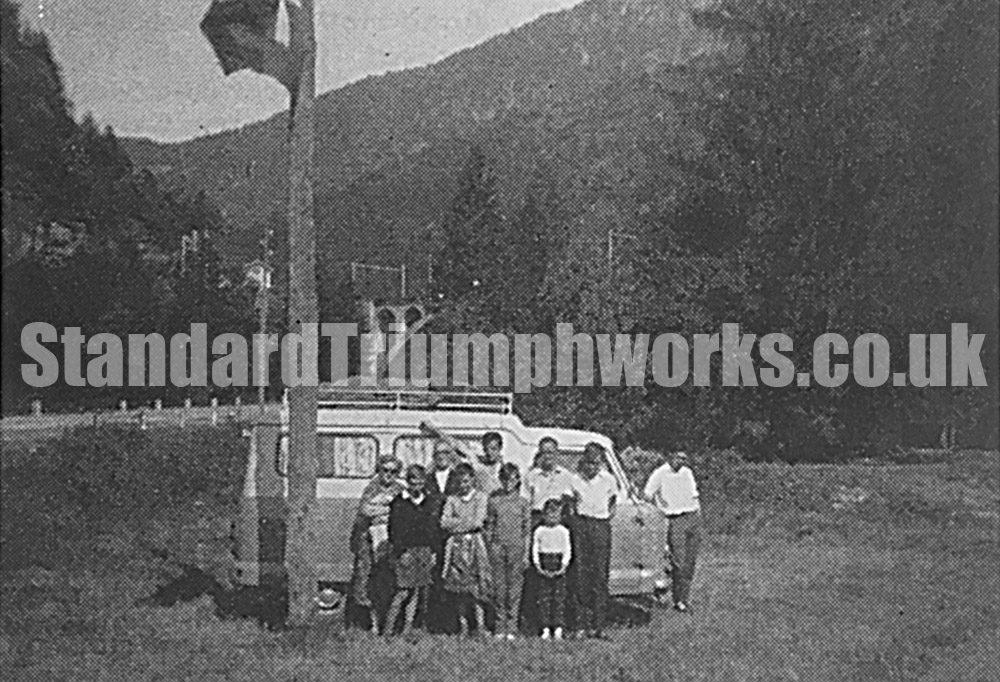 He was going to travel overland driving his Standard Van (converted into a caravan). He planned to travel to Switzerland and then over the Alps via the St. Gotthard Pass into Italy. This is a journey travelled every year by thousands of Midlanders; no doubt many of our readers have done this journey themselves.

But Mr McGrath was taking nine other people and sufficient camping equipment and gear for a three week camping holiday! When his Tile Hill workmates learned of his plans they were dubious about whether the van would get over the Alps with ten people and all their camping gear, as the vehicle only had a 10 h.p. engine. Undaunted by this, P.J. pressed on with his plans, but took the usual precaution of buying a touring spares part kit. The great day came in July when the party of six adults and four children, and all the gear, were on the road at last, bound for Italy and back.

Down the M1 from Coventry sped the van. Approaching London, Mr. McGrath thought, “We’re doing alright — and we’ve got all those spares.” Then it struck him —the spares box had been left behind!

LIKE A BIRD
To turn back was impossible. They would have missed the boat to Ostend. At Dover, awaiting loading on the channel ferry, P.J. had time to rush to a local garage and buy a fan-belt. Thus armed, the party crossed to Ostend. Then the route was through Belgium, Luxembourg, France, Germany, Switzerland (St. Gotthard Pass), to Italy. Not having to carry the spares box the van went over the Alps like a bird ! Wherever the van halted at camping sites, onlookers were amazed when ten people baled out ! When they learned that it was powered by a 10 h.p. engine — they were convinced of Standard quality. One man in Italy was so impressed he said he would buy one.

When on the motorway from Milan to Genoa, the heat was exceptional and an exorbitant number of vehicles broke down due to overheating, but the van sped on, unaffected by the scorching heat on the long, straight motorway.

COMING HOME
On the return journey the van again crossed the Alps this time via the Simplon Pass, without the slightest fault. The happy party arrived back in Coventry without a hitch and com-plete with spare fan-belt !