Part of the new Assembly Hall (nicknamed the Rocket Range due to the new speed of production) a water test facility was installed. 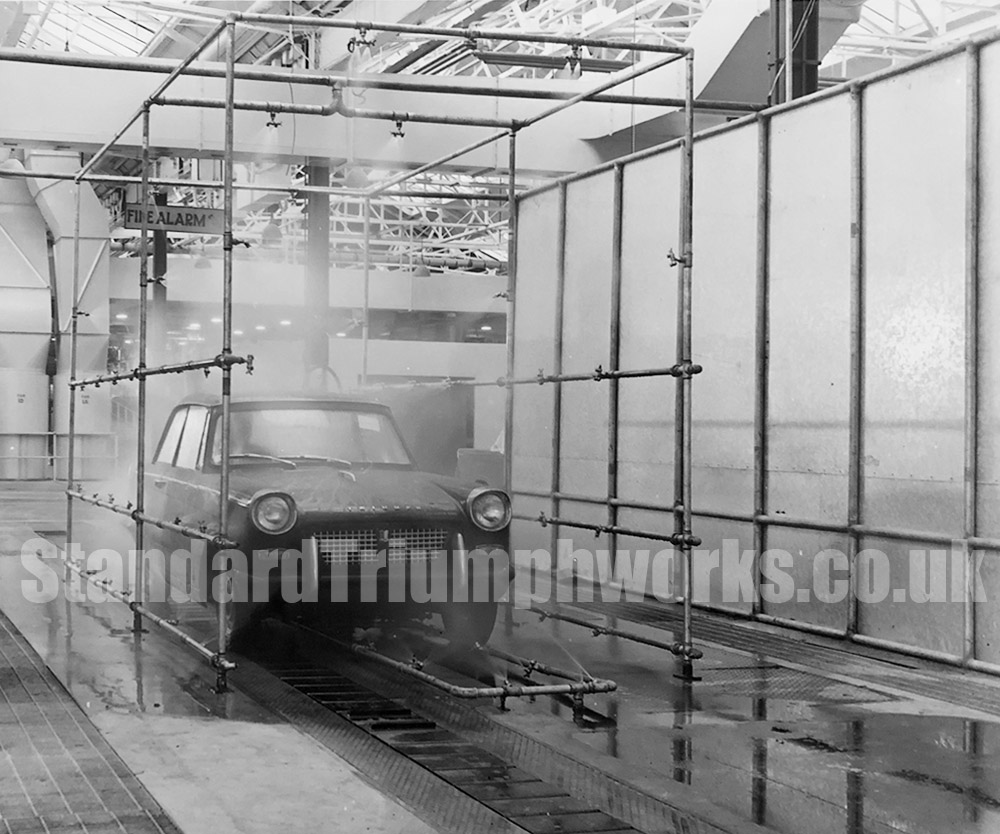 This photograph is dated 1961 and may well have been taken as part of the very initially testing of the water test itself as the car featured is a 948cc car (bonnet handle, no rubber bumpers) as opposed to the later 1200’s which would begin to be built from March 1961.

The water test was to check for water leaks on the finished cars and there could be two people in this photo. One, is in the driver seat – he drove the car in, and will probably remain quite dry. The second? He’s in the boot with a torch, often an apprentice and often rather damp!

If you can tell us more about the Water Test – please get in touch.

An earlier photo of the Water Test Dept, prior to the build of the New Assembly Hall, can be seen HERE.