The President of The Standard Motors Branch British Legion accompanied by the Chairman, Mr. George Wheatley, Vice-President Mr. Bernard Grady, Secretary Mr. Totterdell, with Mr. A. R. Theobald, Chairman of the London Depot Branch and Mr. C. M. Nightingale, Secretary, took part on behalf of the respective Branches in a presentation to Sir John Black at his home at Warninglid Grange, Sussex. 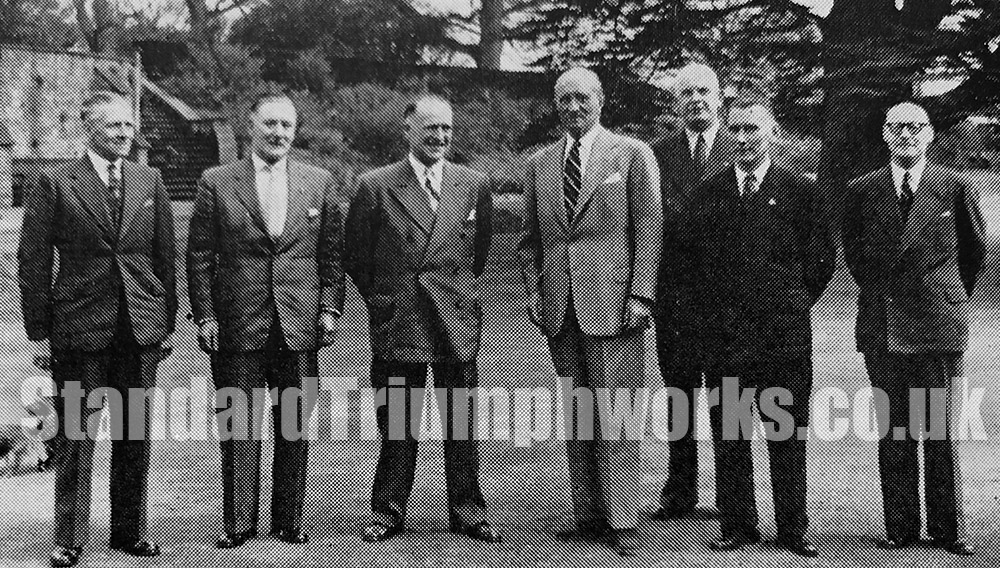 Sir John Black was the Founder of The Standard Motors Branch British Legion and also the Patron. Mr. George Wheatley, the Chairman, read a citation on behalf of The Standard Motors Branch British Legion. Mr. P. Cleydon, the President, made the presentation which consisted of an antique silver Porringer suitably inscribed. Sir John Black thanked the President and Branches for the gift and stressed the great importance that he had always attached to his House Branches of the British Legion in the factory and he hoped that the spirit which emanated from the Legion would continue and flourish.