Lt. Col. C.V. Holbrook joined Triumph in Coventry in 1918 as Works Manager and he talks about the development of the firm from bicycles to motorcycles and cars.

It must have been about August 6th 1914 that I was authorised to phone Mr Bettmann in Coventry. He told me that he had about fifty machines in stock and I told him to despatch them that day to an army depot in Bulford.

The price was fixed later by the War Office Contracts Department and from then on the whole Triumph output was purchased. Even then the output was not big enough for requirements and many dozens two stroke machines were purchased. It was evident that despatch riders and others always tried to get allotted a Triumph and undoubtedly the Triumph H was the popular machine with the army. Other makes of motorcycles were allotted to Royal Navy, Flying Corps and Machine Gun Corps, etc., but the whole output of Triumph went to the Army.

It was about mid-August that Mr Bettmann, I first met Mr Bettmann. He became – he came to the War Office to see me and that was the beginning of an association and later a personal friendship. In nineteen hundred and seventeen the War Office Mechanical Transport Department was transferred to the Ministry of Munitions and Sir Cable-Holden formerly a Director of B.S.A. went over to the Ministry with it, and I went also as his Assistant. 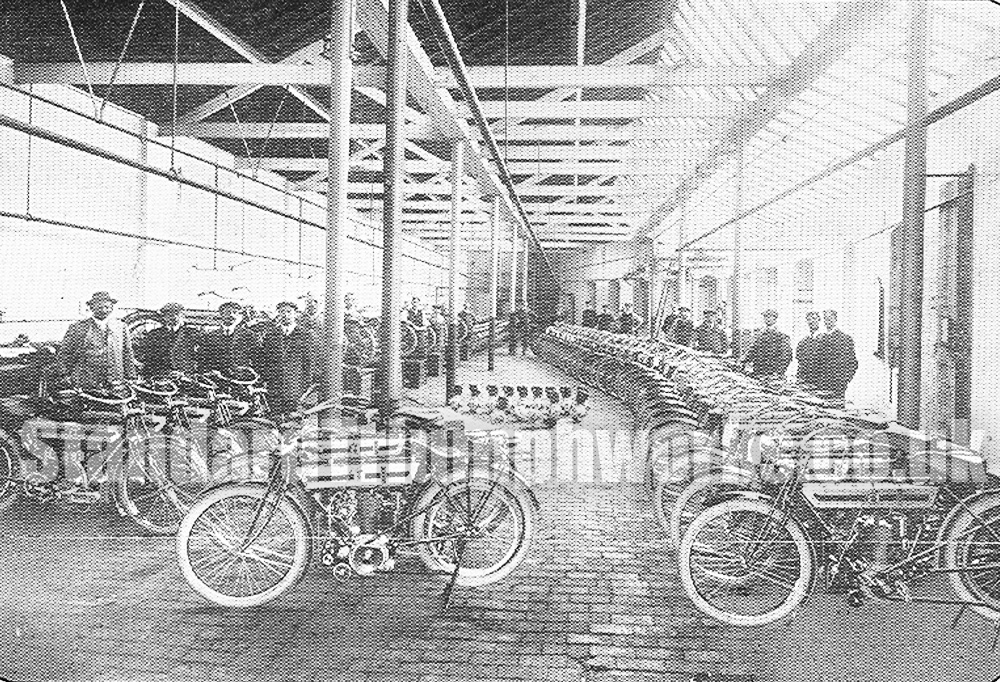 At the end of nineteen hundred and seventeen Sir Cable-Holden resigned and I was appointed to succeed him. This seems the history of the beginning of mechanical transport in the Army, but during those years Mr Bettmann paid me frequent visits and with the Ministry’s help the Triumph output was increased to about a hundred a week, all of which were allotted to the Army.

When the war ended in nineteen hundred and eighteen I decided to leave the Army and resigned in September, October 1919. Much to my surprise, in November, Mr Bettmann came to see me and said that now I was no longer in the Army he felt free to speak to me and invited me to join the Board of Triumph Company as Works Director. I accepted and went to Coventry late November nineteen hundred and nineteen. During my appointments at the Ministry of Munitions I met and had close contacts with many well-known personalities of Coventry at that time. Mr Percy Martin, Chairman of B.S.A. and Daimler, he was Controller of Petrol Engines at the Ministry and I spent a considerable time in the Ministry helping him. Sir Alfred Herbert, Sir Edward Iliffe, later Lord Iliffe , Mr, later Sir John Siddeley, later Lord Kenilworth; Sir Arthur Duckham not of Coventry, the well-known in Motor Trade Oil.

After a month or two with Mr Bettmann I learnt some of the history of the Triumph Cycle Company. I am speaking from memory of many years ago. Mr Bettmann and Mr Shoots (SP. ED – not Schulte) , both engaged in the past with the Singer Sewing Machine Company in the early nineteen hundreds decided that they would like to form a Company for the assembly of pedal cycles and take part in the great boom of pedal cycles at that time. They purchased a little factory in Much Park Street and started assembling parts made by other Companies. It was an instantaneous success and they were well satisfied with their returns. At this stage they were joined by a Mr Fridlander, a well-known Coventry man and at that time the motorcycle developed and became popular. A Mr Schulte joined them. The Priory Street factory was built and Mr Schulte developed with great success the Triumph motorcycle. He was assisted by a genius, a Mr (Charles – ED) Hathaway and on his, Mr Hathaway death, continued by a Mr Frankton, The Triumph motorcycle gradually became very popular. Mr Schulte was a great enthusiast and sales increased I believe to about fifty a week. Mr Bettmann devoted his energies to his old love pedal cycles and Mr Schulte devoted his energies to the motorcycle. 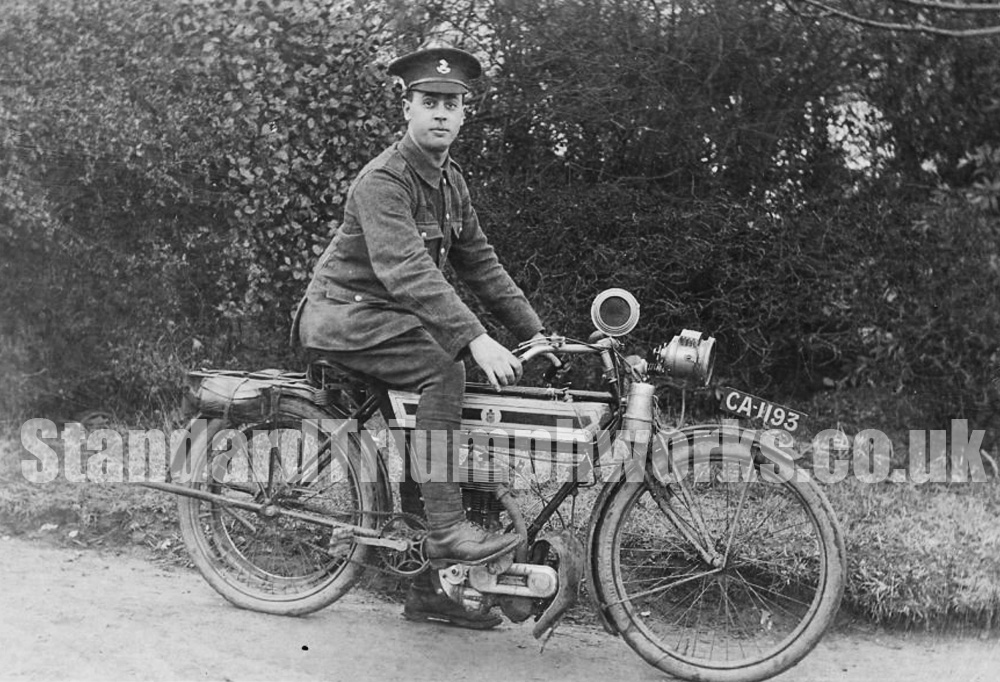 The war came in 1914. Lord Leigh of Stoneleigh Abbey became Chairman and the factory, as I have said before, devoted its energies to increasing the output, all of which was already sold to the War Office. I rather think the pedal cycle laid fallow during the war. A year after the war ended Mr Schulte resigned and I took his place. In nineteen hundred and twenty there was a boom in the sale of motorcycles and Triumph maintained their output at about seventy a week, but many of the army Triumph motorcycles were thrown on the market and the Triumph Company purchased a great number and started a re-conditioning, re-building bay and sold a great number at satisfactory prices.

In 1922 the slump in motorcycles commenced. Mr Schulte before leaving had developed a new design 550cc machine, chain drive, 3-speed gearbox, newly designed frame and forks. This model was put on the market late 1921 at a price somewhere near £130. The sale at this price was very poor, less than thirty per week.  Competitive machines at the same price, somewhere near £130 also did not sell and all was gloom. In nineteen hundred and twenty-two a cheap but good Triumph motorcycle was designed and offered at the November 1922 Motorcycle Show at about £42. This was an instantaneous success and over 33,000 were sold in the year. Rootes Brothers of Maidstone, never been Triumph agents before, took over 2,000 in that year, but alas the following year the slump continued. Competition got more intense and the motorcycle did not appear to be a lasting business. This was the moment when Triumph tried to enter the car business, but with meagre success.

Although in one year Triumph exported more cars to Australia than any other British firm. There is little more to say. The motorcycle business was sold in spite of signs of recovery, the car business was too competitive and the Triumph factory was not designed suitably for mass production and just before the Second World War the same thing happened to Triumph as to many more car firms before and since.

Key Dates:
1934. Name changed to Triumph Co. Ltd.
1936. Triumph decides to split motorcycle and automobile production into two separate and independent companies in January.
1941. Work on a new motorcycle factory at the village of Meriden started (reputed to be at the geographic center of Britain).