Skip to content
Many more people than those closely associated with him at the Coventry factory, were saddened by the death at the end of February of Joe Stacey, a stalwart of Standard Triumph for 43 years. 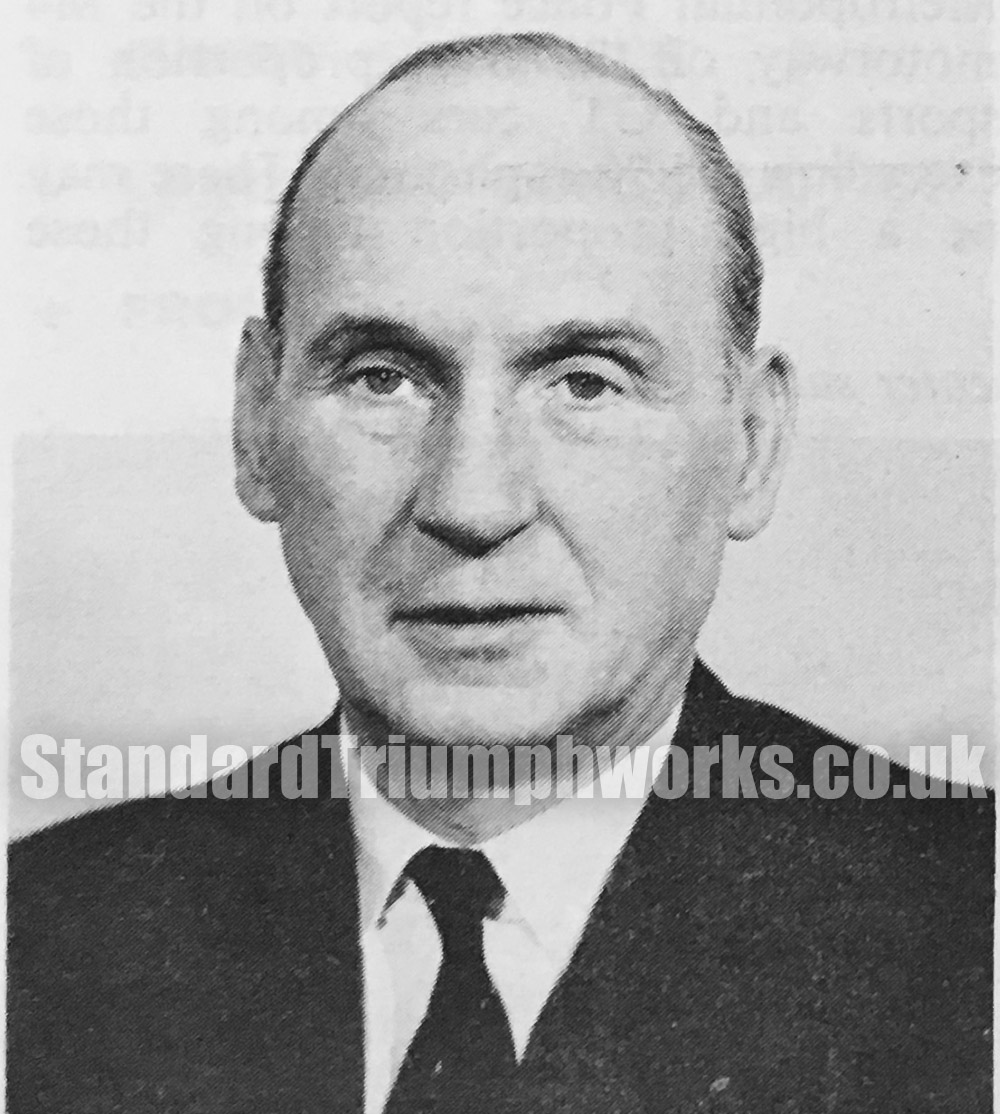 Joe Stacey began with the Standard Motor Company in January 1924 as a service engineer, but became a sales representative in 1932. He covered several areas of the U.K. and spent some time as assistant to Mr Ted Martin who was then Sales Manager. During the war years, when the Sales Department was in obeyance, he worked in material control attached to supply division, but returned to Sales when hostilities ceased. Except for a short period as outside liaison officer with suppliers of spare parts he remained in the Sales Division, working until only a few days before he died.

An indication of the respect in which he was held, was the large attendance at the funeral service on March 1st when not only the company but many of the Distributors were represented, as well as others connected with the motor industry. His widow and daughter express their sincere appreciation to all who sent floral tributes, conveyed sympathy or attended the service, and Home Sales Manager, Mr. A. C. L. Mills, has written the following tribute:

“It is always a sad task to record the death of a friend, and never more so than for such a friendly and universally liked person as Joe Stacey. When I first joined the company in 1946 Joe had already put in more than 20 years service, and no one could have had a more gentle guide to the ways of a Sales Representative.

He was the epitomy of the outside Representative. Unflappable, always polite, pursuing the policy of the company and earning the respect of all who came in contact with him. Over a long history extending for more than 40 years, no one ever had a bad word to say against him, and even more remarkable in all the years I have known him and worked with him I never heard him say an unkind word against another person.

He was one of those rare people who sought out the best in his fellow men and did not wish to discuss their failings. To his widow and daughter we offer our sincerest sympathy and our gratitude that Joe devoted so much of his life unswervingly to the service of the company.”