When Coventry City met Leicester City in an FA Cuptie match, interest in the game was naturally high among Standard employees. 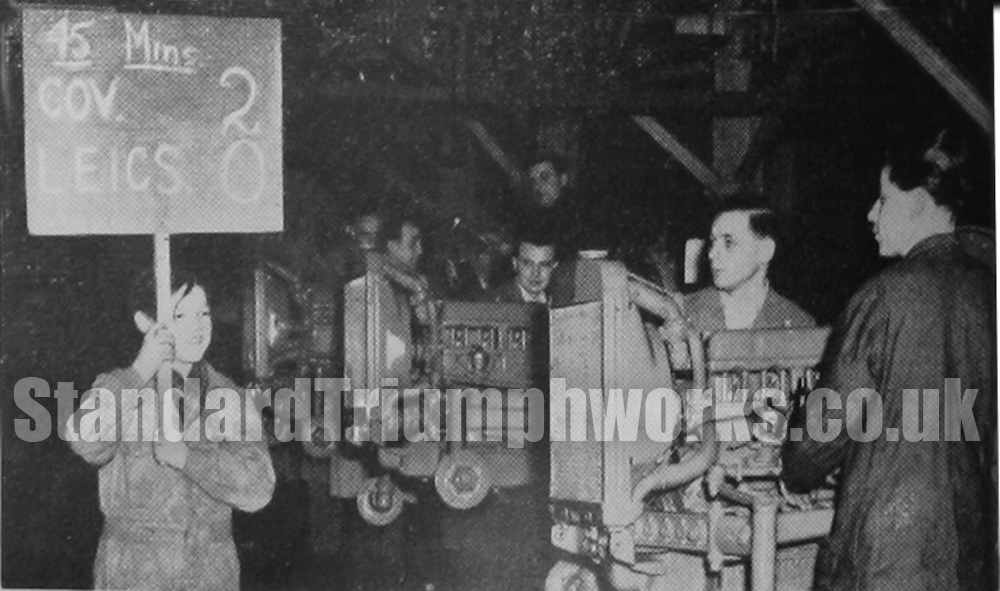 A novel way of ensuring that every-one was kept up to date with the progress of the match was adopted, as our photo-graph shows. A board on which the development and score of the match was indicated was carried round the various sections. The final result of the match was Coventry 4-Leicester 1.

ARCHIVE: February, 1952
UPDATE: the match was played on 14th January, 1952, which means we can date this photo very accurately. Date – and even time!

The match was a replay of the 3rd round of the FA Cup. The first fixture just two days earlier, 12th January, at Leicester ended 1-1.