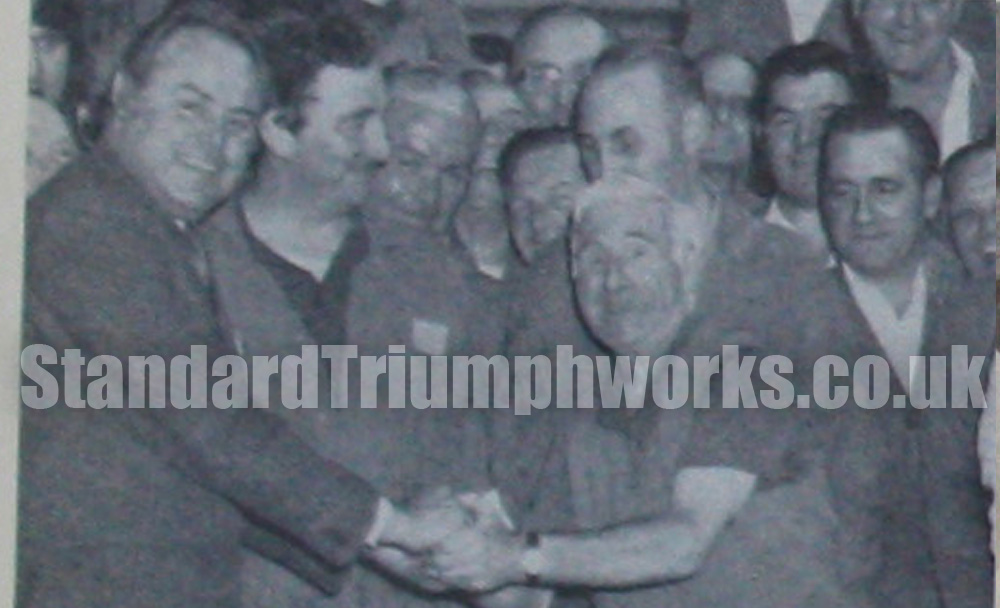 Les started with the Company at the start of 1940, but by the end of that year he had been called to the armed forces. He left the forces at the end of 1945 and started back as a plater. He continued in the Plating Shop for 20 years, mainly working under Mr Les Ball. Eventually he moved to the Press Shop, from where he retired. On behalf of Les workmates M. H. Wainwright, Deputy Superintendent, Press Shop, presented him with a sum of money and thanked him for his service.