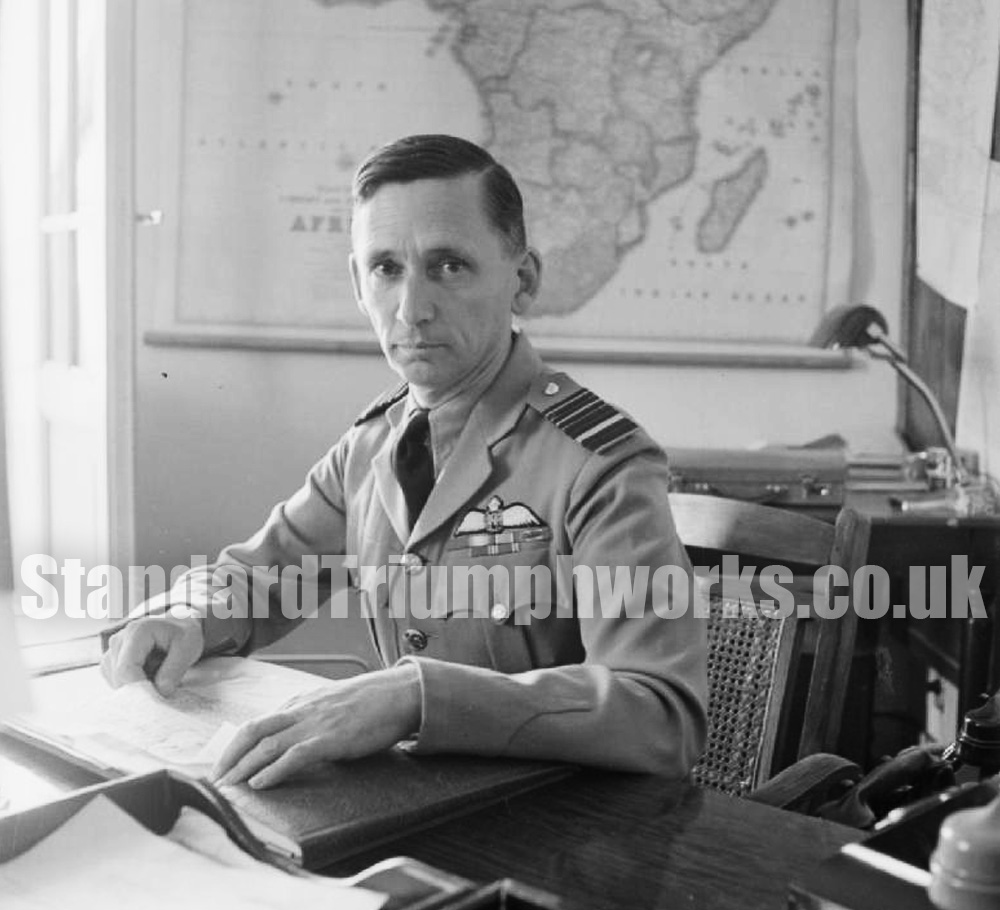 During the Second World War, as Air Officer Commanding RAF Middle East Command, Tedder directed air operations in the Mediterranean and North Africa, including the evacuation of Crete and Operation Crusader in North Africa. His bombing tactics became known as the “Tedder Carpet”. Later in the war Tedder took command of Mediterranean Air Command and in that role was closely involved in the planning of the Allied invasion of Sicily and then the Allied invasion of Italy. When Operation Overlord—the invasion of France—came to be planned, Tedder was appointed Deputy Supreme Commander at Supreme Headquarters Allied Expeditionary Force under General Eisenhower.

After the war, Tedder served as Chief of the Air Staff, in which role he advocated increased recruiting in the face of many airmen leaving the service, doubled the size of RAF Fighter Command and implemented arrangements for the Berlin Airlift in 1948. In addition, he held senior positions in business and academia. 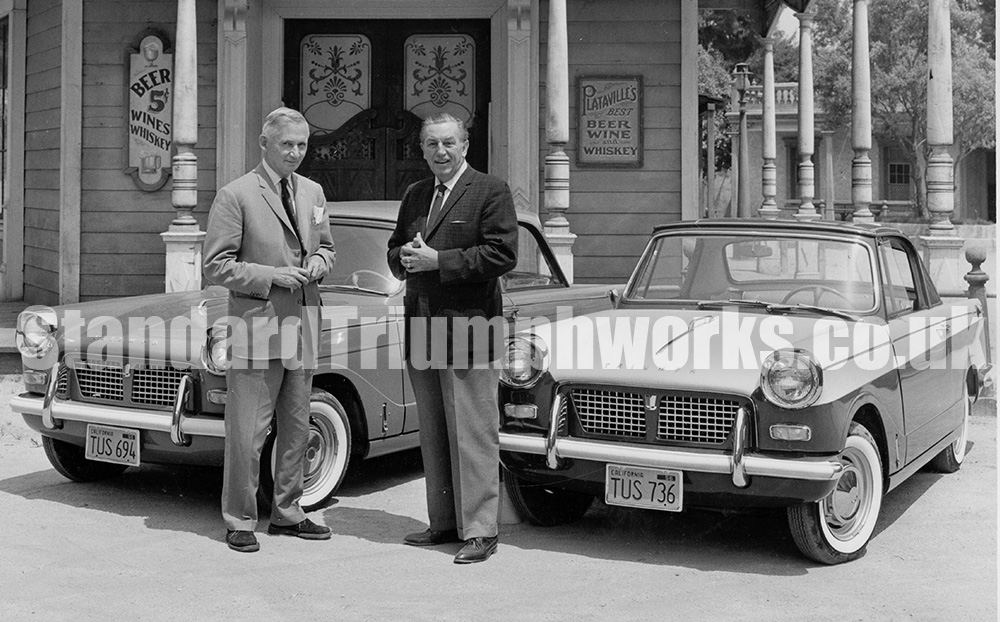 Lord Tedder (Left) with Walt Disney, during a tour of the USA – actually it was a world tour paid for by Standard Triumph – in 1960, with two launch model Triumph Herald’s.