Seventy members of the department attended the Annual Party held in Fletchamstead Dining Room on the 15th December, 1950. 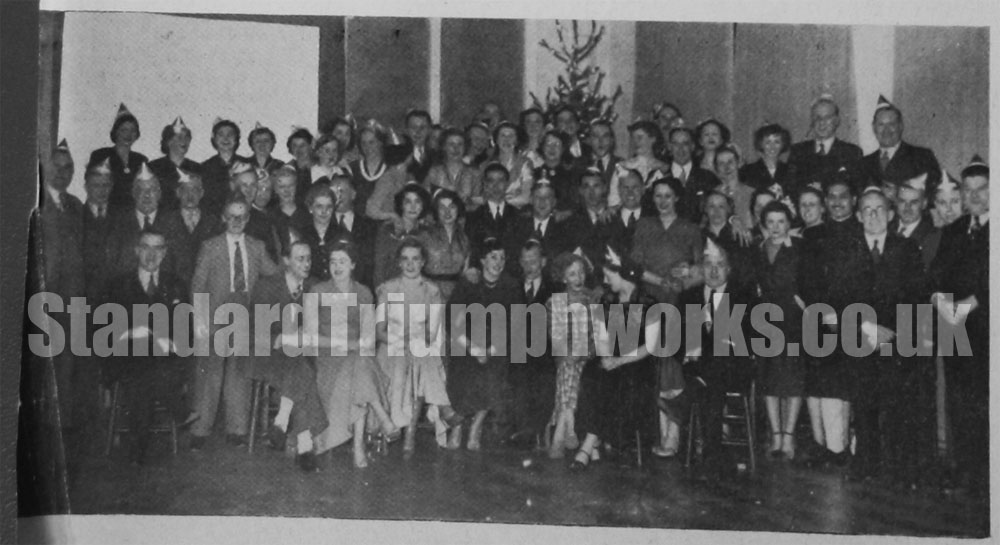 Mr. Turnbull, Service Manager. and Mr. Whitfield, Repairs Manager, were present and Mr. and Mrs. Cleydon paid the party a visit during the course of the evening. A supper was provided and followed by a film show which included the record of the visit to Holland by the Standard Motors British Legion Pipe Band. This was followed by dancing interspersed with games of various kinds, prizes being presented by Mr. Turnbull. After a further film show and light supper, every lady was presented with a miniature bottle of liquor. Games continued until about 10:30pm when the evening was completed by dancing until midnight. It was generally agreed that this was a most satisfactory method of entertainment for the department at Christmas, and it is hoped that it will be the forerunner of many such enjoyable evenings.