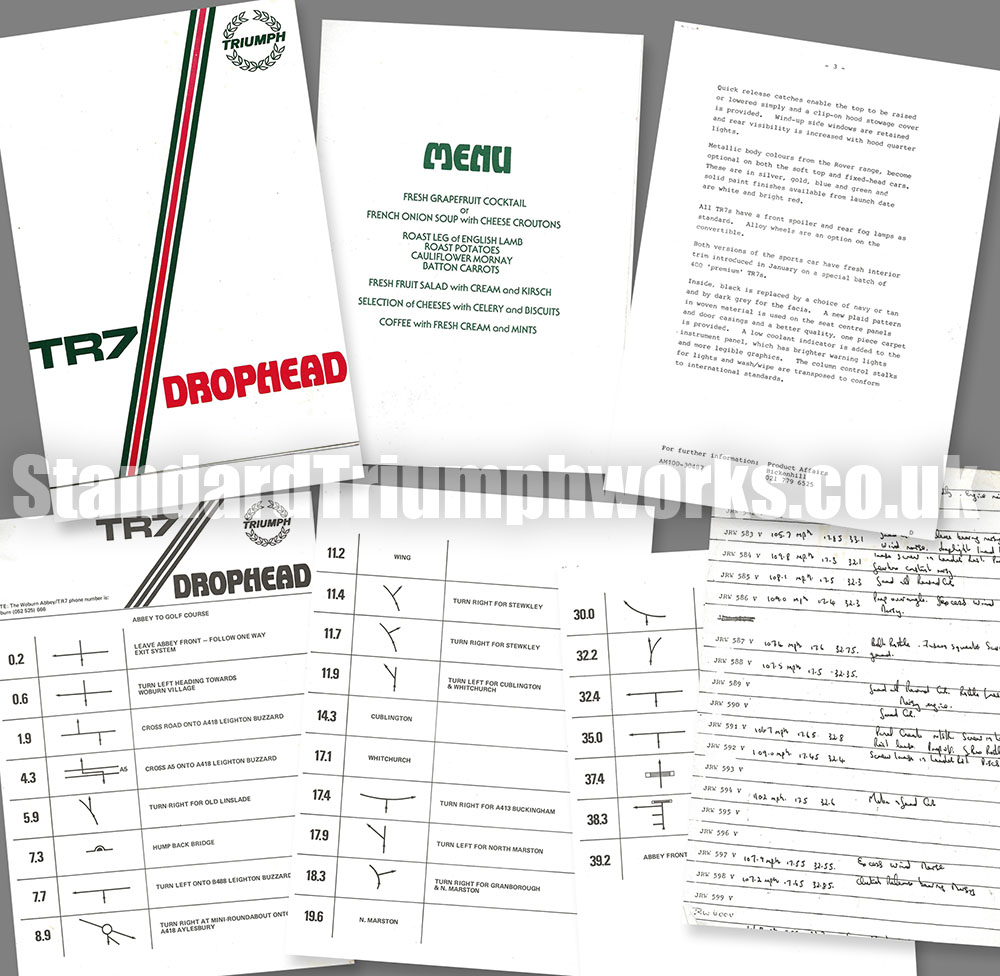 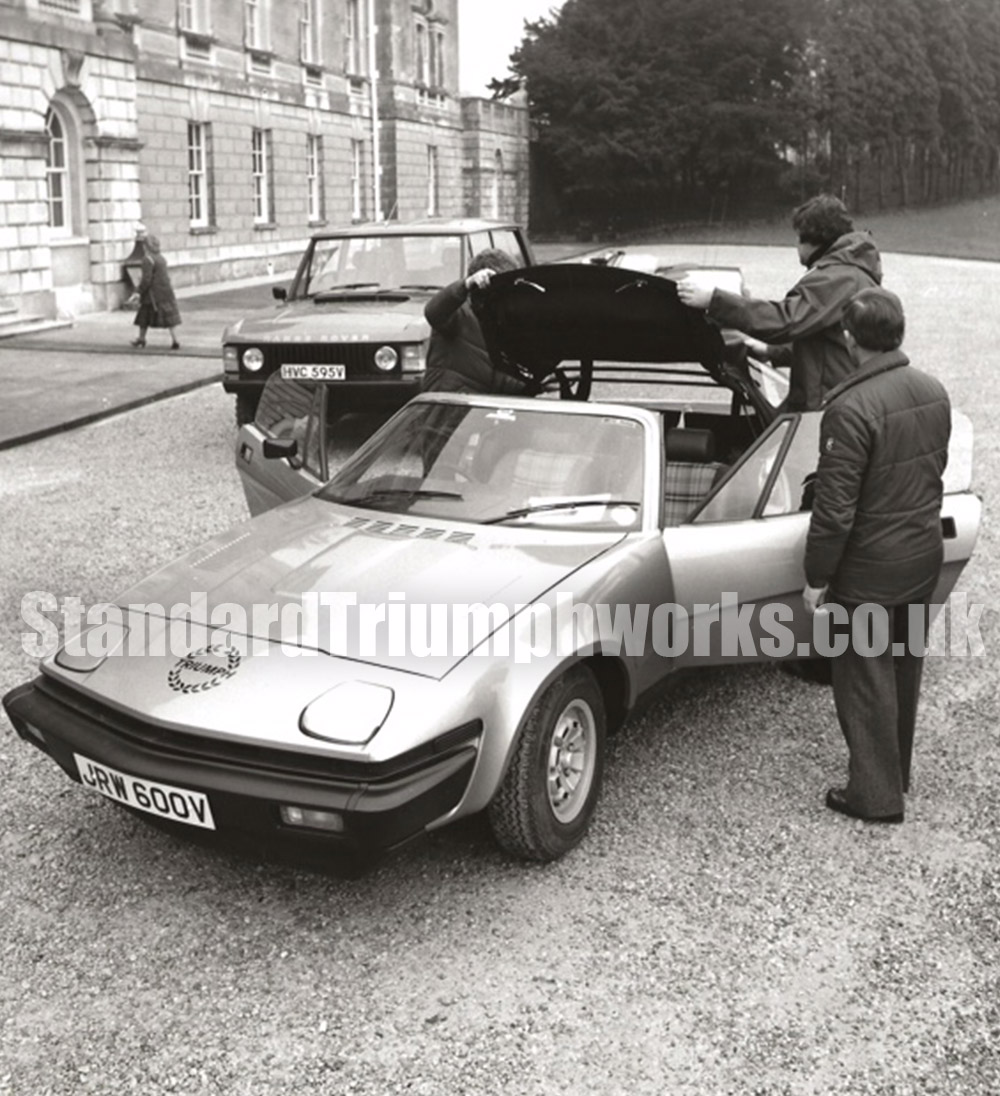 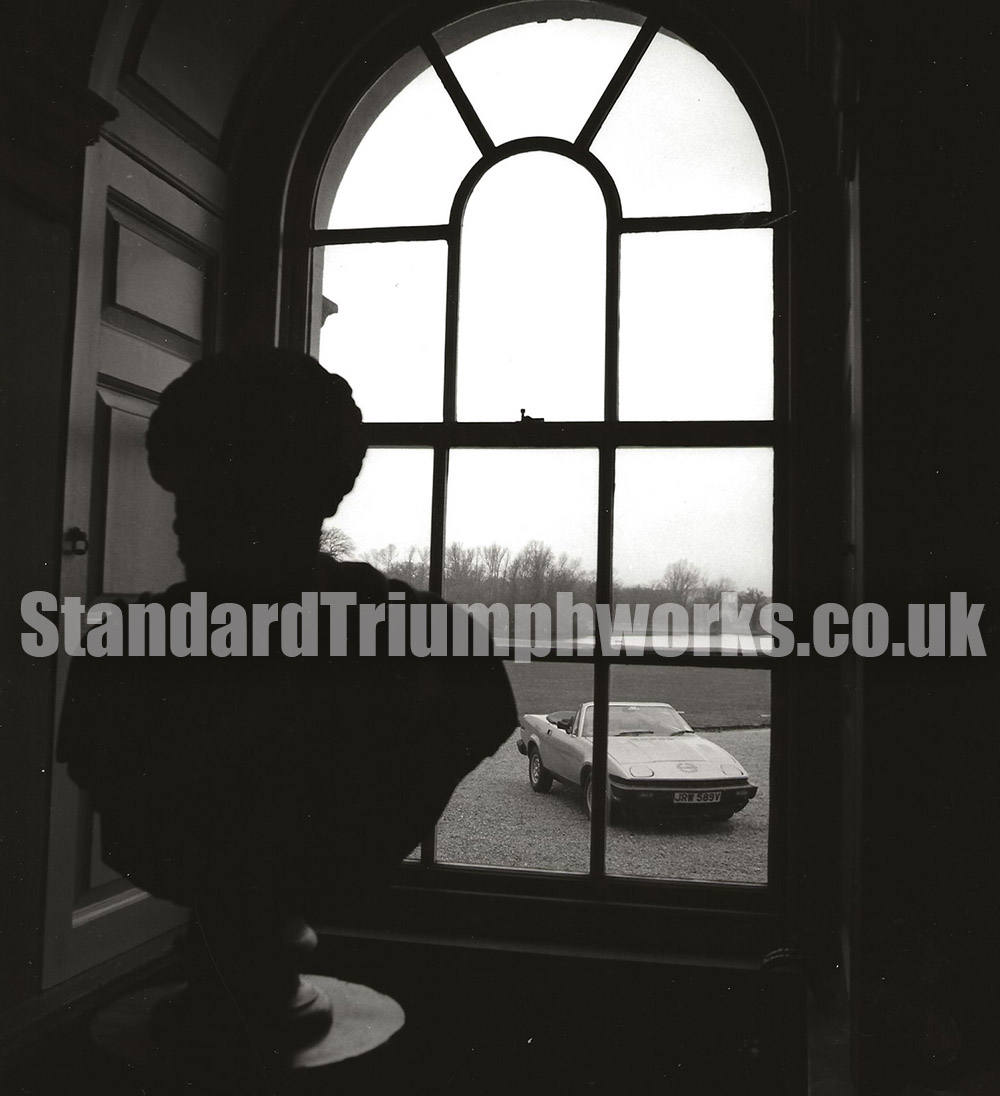 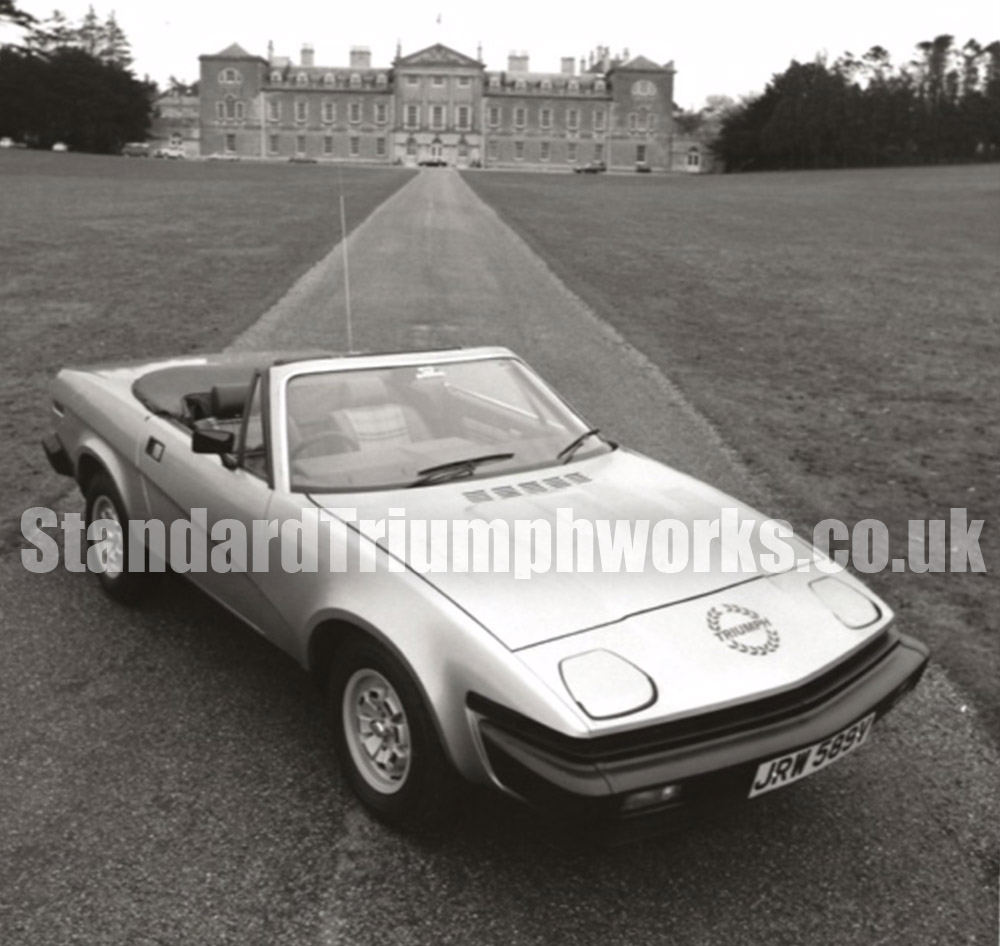 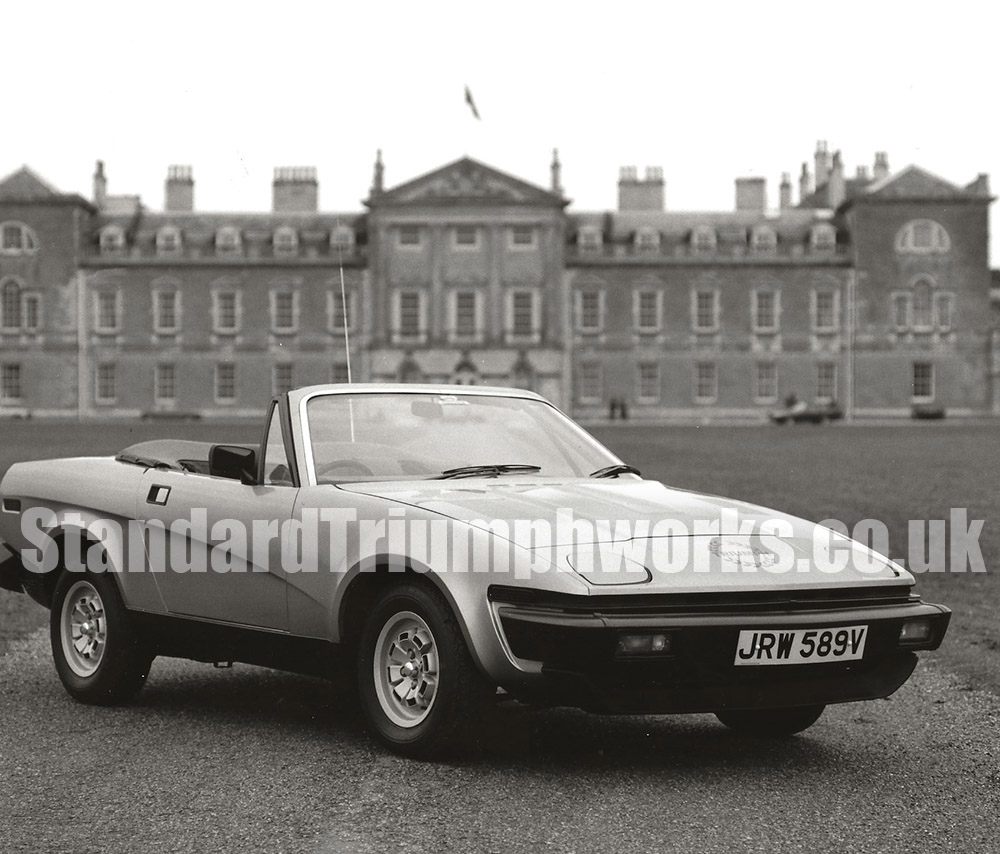 There were 22 JRW Press cars.

“There was a slightly ironic twist to the choice of Woburn Abbey for the Press launch of the TR7. The Marquis of Tavistock, whose home it is, is a great Aston Martin-Lagonda fan and friend of Aston Martin Managing Director Alan Curtis, the man currently leading the fight to save MG, whose MG-B is scheduled for replacement by TR7 derivatives in the BL scheme of things. Indeed the new Lagonda was launched at Woburn and the Marquis owns the first production example. But he also swears by his Range-Rover and Rover V8S, the latter launched at Woburn too!”
“BL were intent that none of the softer journalists would escape the Drophead’s raison d’être. Every car had its hood furled ready on this late February day and a supply of green woolly hats, scarves and anoraks was available to combat those who pleaded lack of suitable clothing. We meandered into the Bedfordshire countryside like a collection of motorised gnomes, blessed, fortunately, by mild weather and sunshine, except for a blanket of fog in parts of Buckinghamshire, which enabled us to test the now standard rear fog lamps.”
Motorsport Magazine