The war memorial, at the London Road Cemetery, was put up in 1921 to honour the men from the Triumph Gloria works. 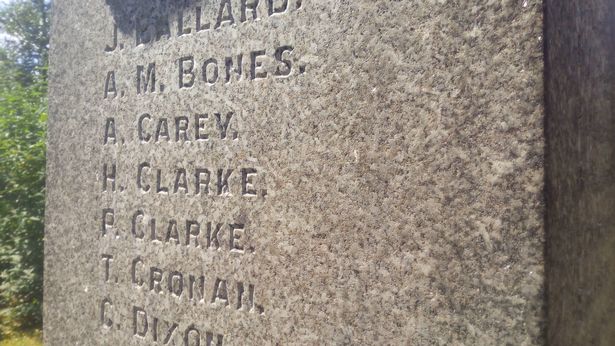 The war memorial, at the London Road Cemetery, was erected in 1921 to honour the men from the Triumph Gloria works, which was on the site of the Britannia Hotel and old Priory Hall.

Over 60 men from the factory were killed serving in the Great War , and their names are inscribed on the memorial stone by the promenade at London Road Cemetery.

The Friends of London Road Cemetery won Heritage Lottery Funding for a repointing and new engraving on the memorial.

A grant of £2million will fund a range of improvements in the Grade 1 listed cemetery, which was designed by the landscape gardener and MP for Coventry Sir Joseph Paxton.

Coventry City Council has planned a wider project to make a ’70 hectare Heritage Park’, including the Charterhouse, Charterhouse Fields and River Sherbourne.

Ian Woolley, Coventry historian, told CoventryLive: “The memorial was placed in 1921, and it was done by Smith and Sons, still here on London Road, who are now going to do the restorations. It will be cleaned, repointed and have the faces redone. 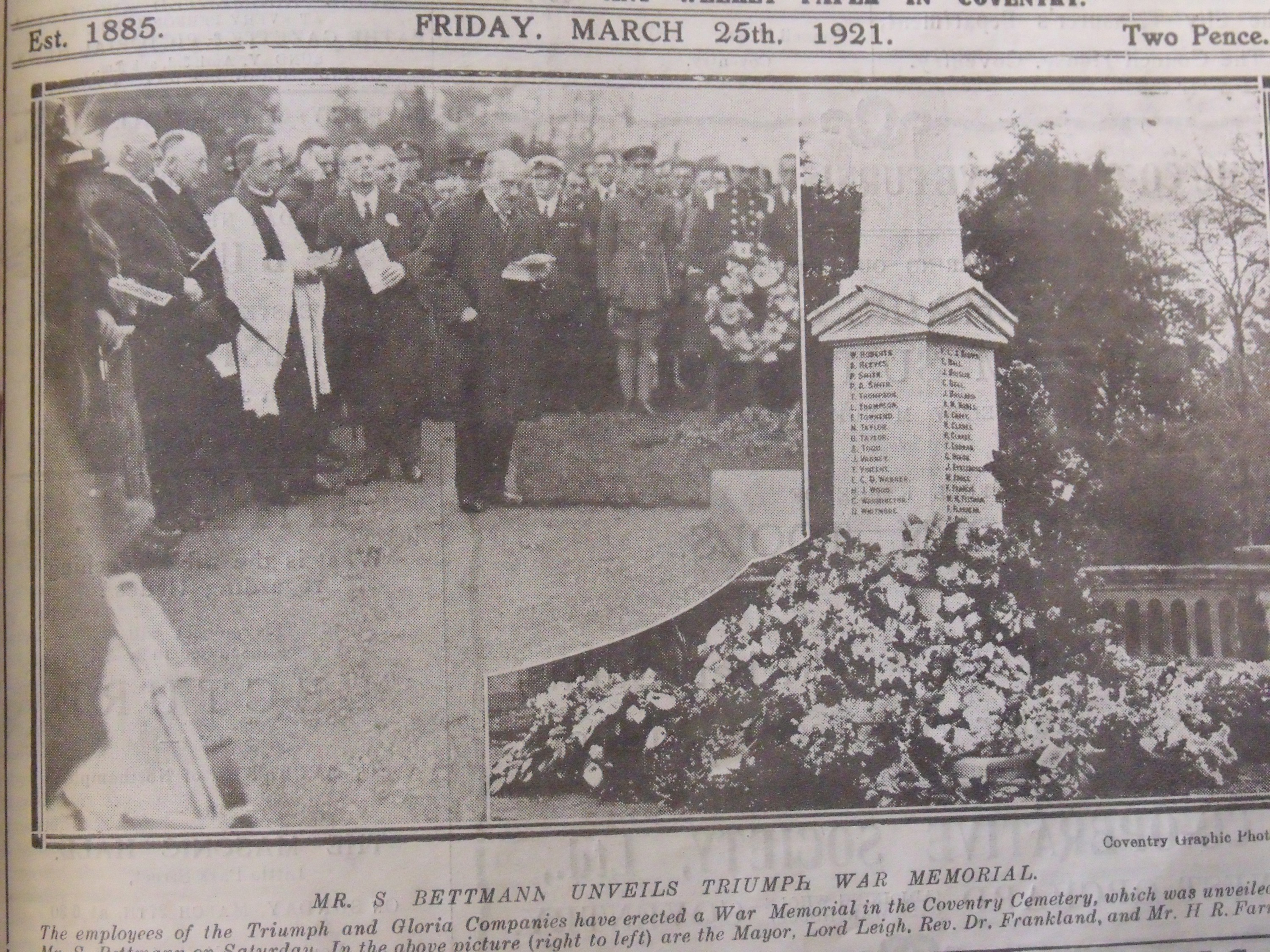 “There are 66 names on here, there were other men from the Triumph factory but they don’t all appear here. A few of the local historians have been researching them for some years now.

“One of the most poignant names on here is that of Horace McKnight, who was a turner in the factory, but he died of his wounds on Armistice Day.