Skip to content
The attached first photo is me, my Mother- Cicely, my Father- Edgar and my older Brother- Brian at the Grayswood Avenue street party on VE day in 1945. 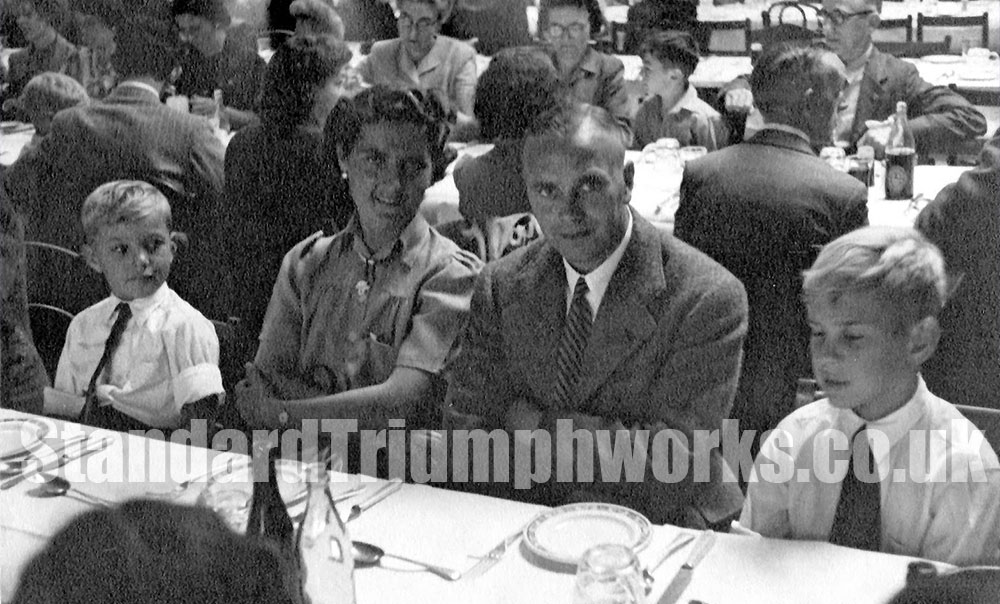 Edgar was an Engineer at the Canley Factory 1940’s to 1950’s.  We attended several of the open days and our first car was a Mayflower.

I remember going to several of the open days at the Canley factory. I seem to remember a Gymkhana with horse jumps. I do remember digging in a sand pit for surprize gifts for kids.

After we got our new Mayflower we also went on Sunday picnics with some of my Dad’s work friends.  He was an Gear Specialist at that time.
During the war, he had to have a second job and was a fire engine driver at night and his fire engine was kept in a grey building on the corner of Hearsall Common on the corner of Earlsdon Avenue and Coniston Road.

I also think he was involved in my uncle Harold Hullock moving down from Chorley Lancashire to work in the Canley Standard Motor garage in the 1950’s. 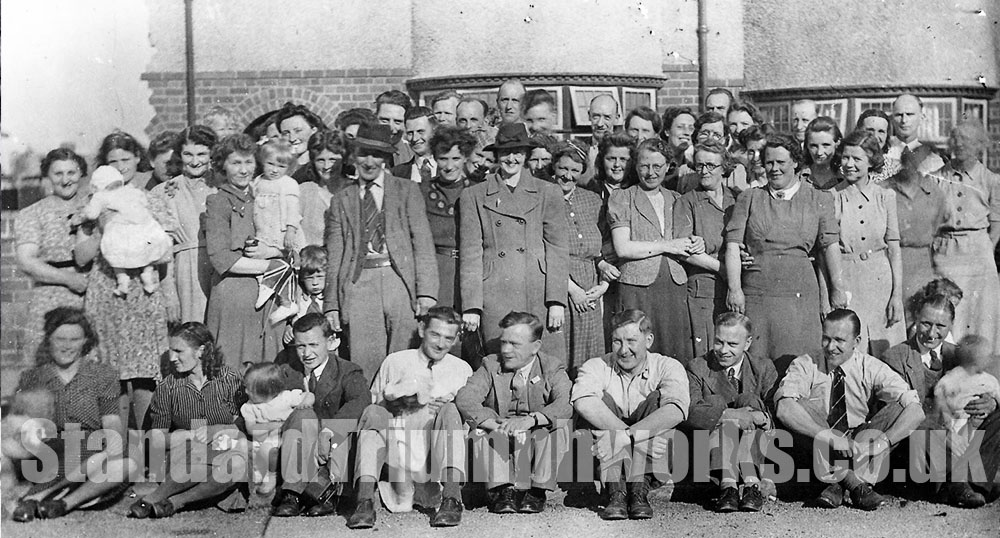 The second photo is maybe on VJ Day as he has a different tie on.  My dad is sitting third from the right and I only recognise one or two people.

He also was friends with Les Evans from Lincroft Crescent who I think is on your website.

Hope this is helpful. I emigrated to Mexico for Alfred Herbert Ltd and Bristol Aeroplane Co. in 1963 and again to the USA in 1966  Happy memories.