Skip to content
Two famous visitors in 1948 were Fred Perry and Dan Maskell, who, at the invitation of their good friend Capt John Black, who they frequently visited at his home at Mallory Court, took part in an exhibition doubles match on the Standard Tennis Club courts on Tile Hill Lane. 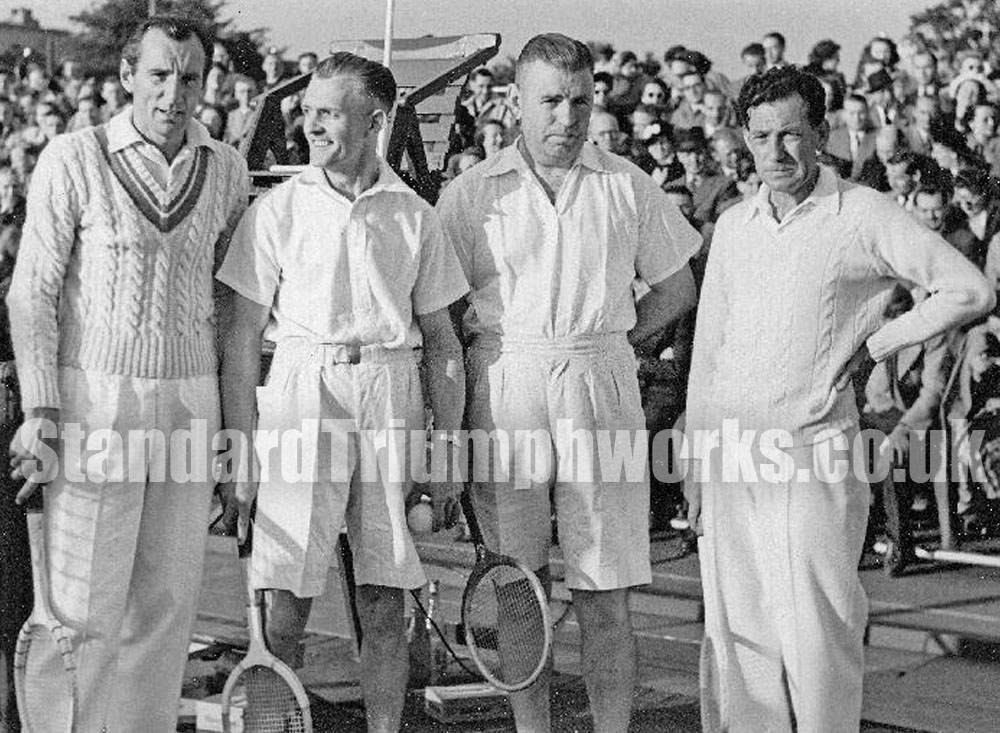 Paddy Jeffcoatt had been chairman of the club in 1938 when John Black opened the courts, a gift from the Standard Motor Company to the club, whilst Albert Jones was many times the club champion before and after WWII.