The first is dated 1932 and has the following write up:
“In Existence for Twenty Years. The Standard Fire Brigade has increased from about half a dozen firemen under the leadership of Mr. H. Taft, until to-day, it has thirty-three members. Mr. Pitt (Canley) is the chief officer, and Messrs. Varney (Canley) and Daniels (Cash’s Lane), are the assistant officers. Several dangerous outbreaks have been extinguished. Minor outbreaks occur occas-ionally, but the risk of serious fires has been minimised by the installation of effective, up-to-date equipment, and by the continual observance of special precautions. Further-more, with our system of alarms and indicator board, the brigade can be in attendance in any shop within two minutes of the alarm having been given. Certain members are practising regularly to uphold the name of Standard in the annual competitions organised by Local Authorities. It is strenuous work and  we hope  that they will be justly rewarded. 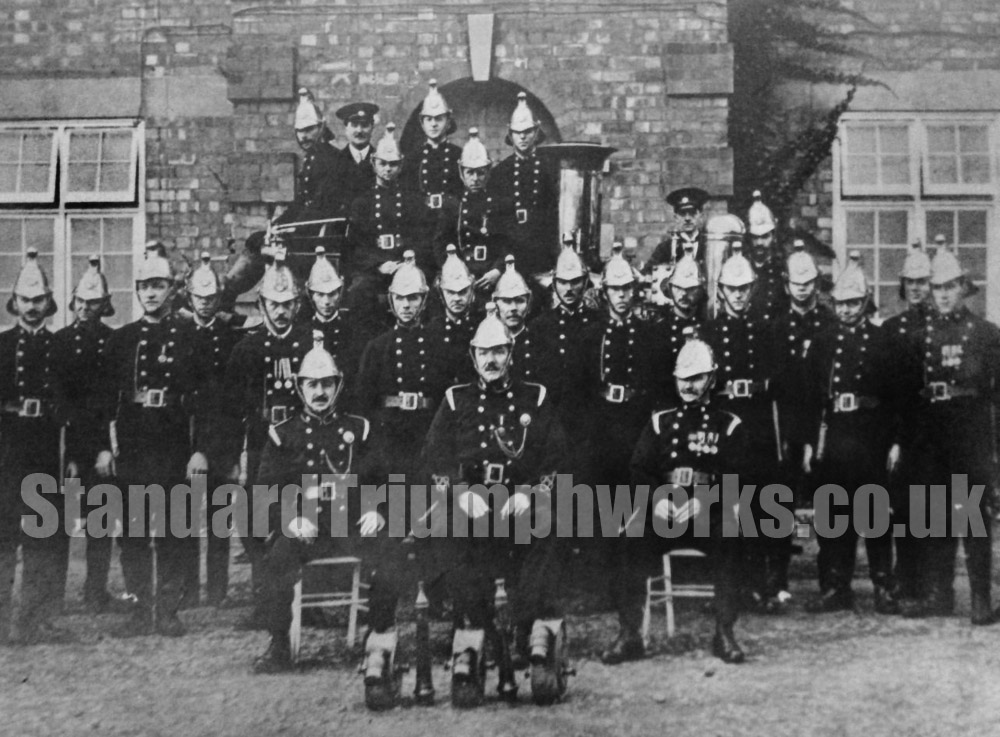 The second photo has no details. It was said to date from 1910 however we would suggest that was too early. Perhaps a similar time to the first photograph?