Frank Callaby had a varied and incredibly important influence at Standard Triumph. With the help of his niece Nicola Phipps, we have been able to start to piece together his remarkable career. 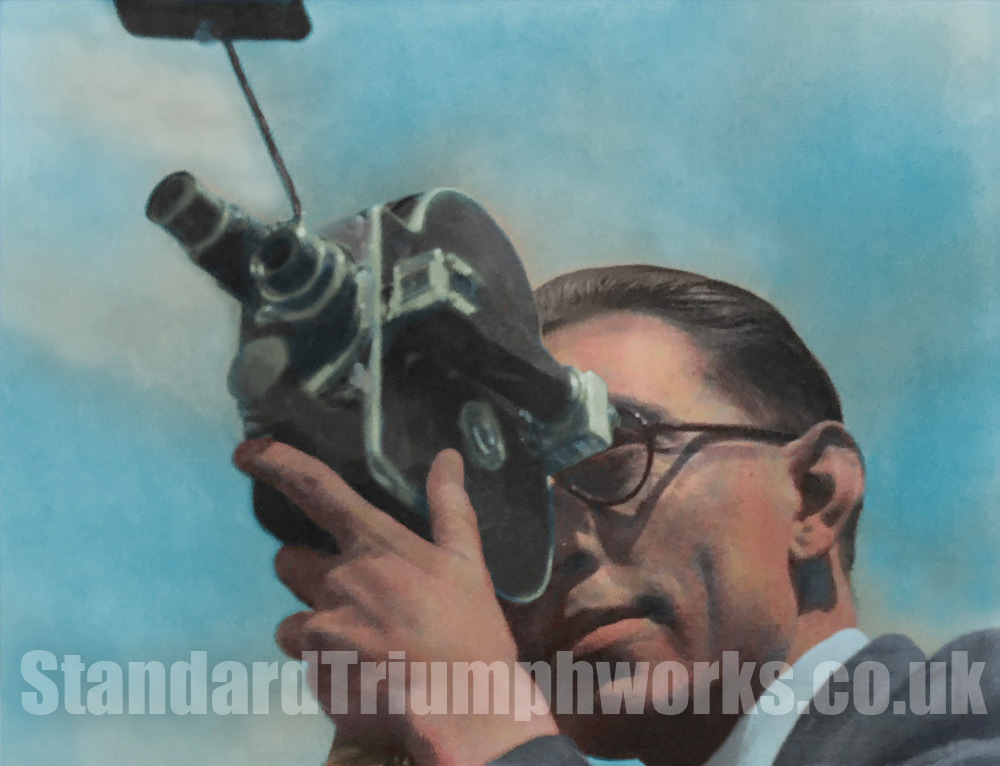 Nicola says: “Frank Callaby was the Chief Press Photographer for Standard Triumph back in the 1960s. Uncle Frank also designed the Triumph 1800 Roadster and I was so pleased to stumble upon your website and see his name. He would have been thrilled. His job meant so much to him and I I know that it was the happiest time of his life. When we used to watch Bergerac back in the 1970s, he would point to the car that he helped to design!”

Frank Callaby (at the time Senior Draftsman) and Arthur Ballard (Chief Designer) were asked by John Black to design a brand new car immediately after WW2. The 1800 Roadster became the first model post-war to feature the Triumph name following the brands name acquistion by The Standard Motor Co. The car, was built using the new-found skills of wartime aeroplane manufacture. The car design has always been attributed to Callaby, with Ballard’s input being solely with the dickie seat to the rear of the car.

Bodied in ‘Birmabright’ aluminium alloy over ash (save for its steel pontoon front wings), the car was a flamboyant mix of 1930s styling cues and boasted what was reputedly the last dickie seat to be incorporated into a production car. 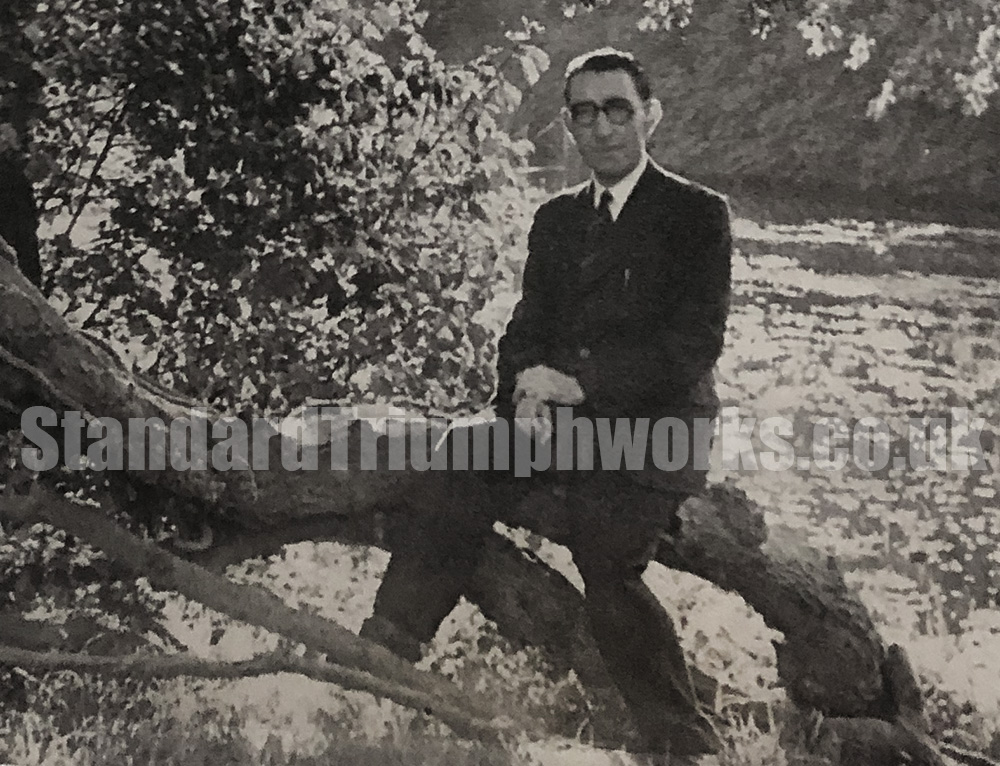 We have a document of (Standard Motor Co.) staff dated 14th Jan, 1939 which has all the office staff listed and Frank is on it. He has a Staff No. as 457 and a date of birth of 12/6/1911. He is called a Draughtsman within the Body Drawing Office. More research is required however we believe Frank may have been employed at Triumph pre-war, prior to joining The Standard Motor Co.

From Frank’s clear drawing and design skills he moved into photography and became the chief company press photographer. The majority of the car press photographs from the 1950’s through into the 1960’s were taken by Frank Callaby. 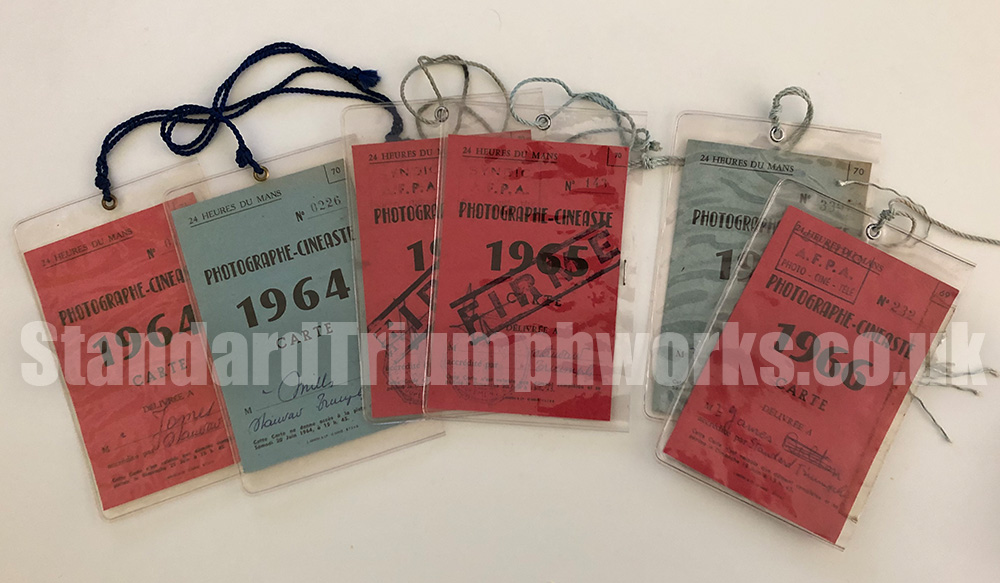 Frank also used cine film and produced a number of Standard Triumph films including the Le Mans 24 hour races. Here are his official passes, kindly now donated to this archive, along with colleagues Arnold Bolton, Norman James and a Mr Mills. Frank is accredited in the BFI with all the Standard Triumph Film Unit productions, including Rallye Des Alpes (1954), Again Triumph in the Alps (1957)and Monte Carlo Rally (1958).  Frank and his team accompanied the works Competition Department and covered all the European rallies.

The moving road shots taken from a Standard Vanguard.  Frank carried no sound recorder (in the 50s/60s, reel to reel tape machines weighed a ton and were difficult to operate), so sound was added back home in the roads around Coventry!

Nicola says: “I do remember the time he was at a rally, or maybe even a Grand Prix, in Monte Carlo back in the 60’s. He’d just moved away for some reason and a car spun out of control, ploughed into the crowd and tragically decapitated someone standing just where he’d been minutes earlier. You don’t forget something like that!  He loved Monaco and pointed out the familiar roads in the film “To Catch a Thief”.

ED We wonder if this refers to the 1955 Le Mans notorious crash? We can pinpoint Callaby was there as he is credited with the works film for that year. 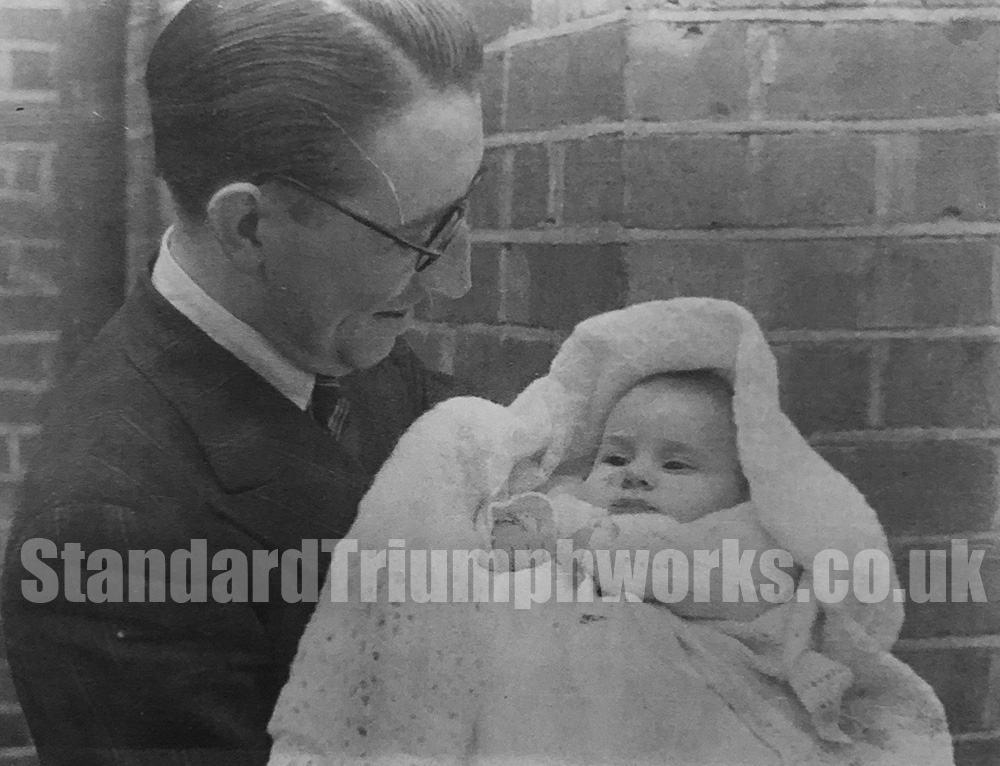 The one with him holding the baby is from 1965, I should know because I was that baby! Uncle Frank very sadly passed away in 1982 from Motor Neurone Disease.

Frank’s work is preserved in the British Motor Museum archive at Gaydon.