Skip to content
I started working at Triumph in 1972 in the Printing Department, where I printed all the internal documents for parts forms, wages slips and all that was required. There were about 12 people who worked in that department.

I remember there was a big upheaval when Michael Edwardes started to transform BL, it was the start of mass closures and there was a strike because of these changes. I wasn’t really involved, they were mostly shop floor strikes. We did do some picket work on a gate once I remember – we tried to stop a lorry coming in by putting our backs against it… which didn’t work! We’d have got run over if we’d have stayed there, a futile effort!

Here are some pictures of the track in the 1970s. I took these during the holiday fortnight, when me and a friend went into the building when it was empty to get some shots. 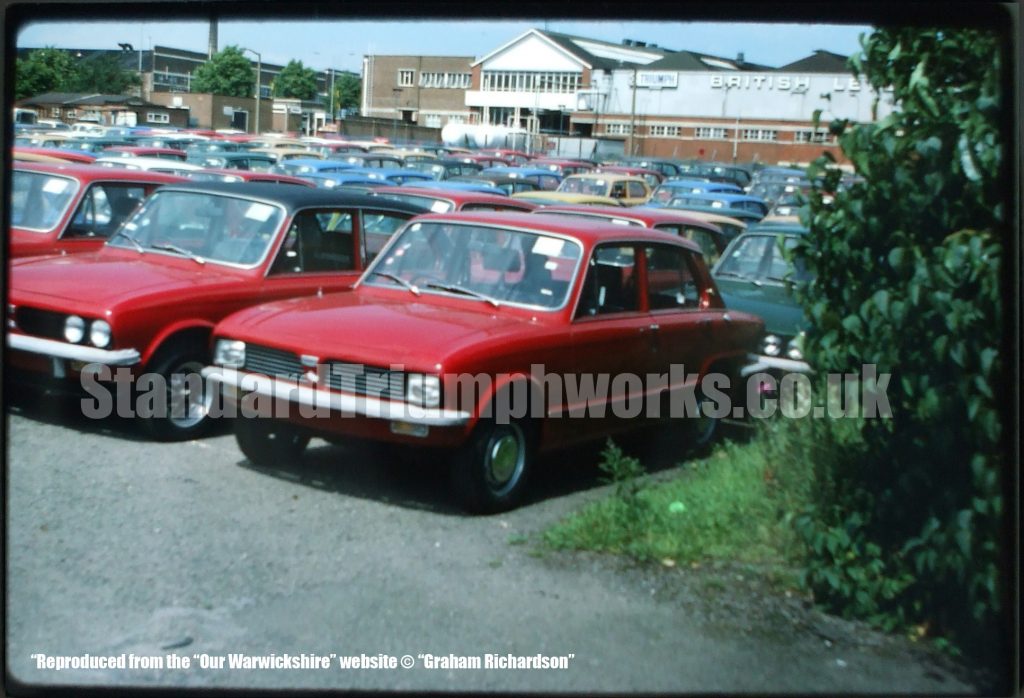 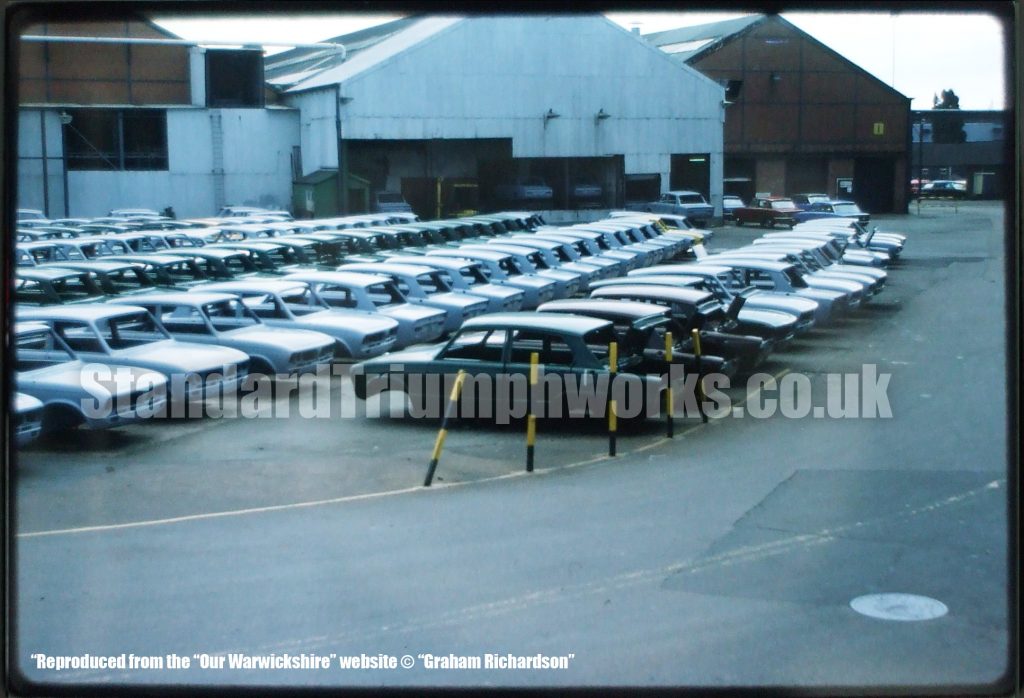 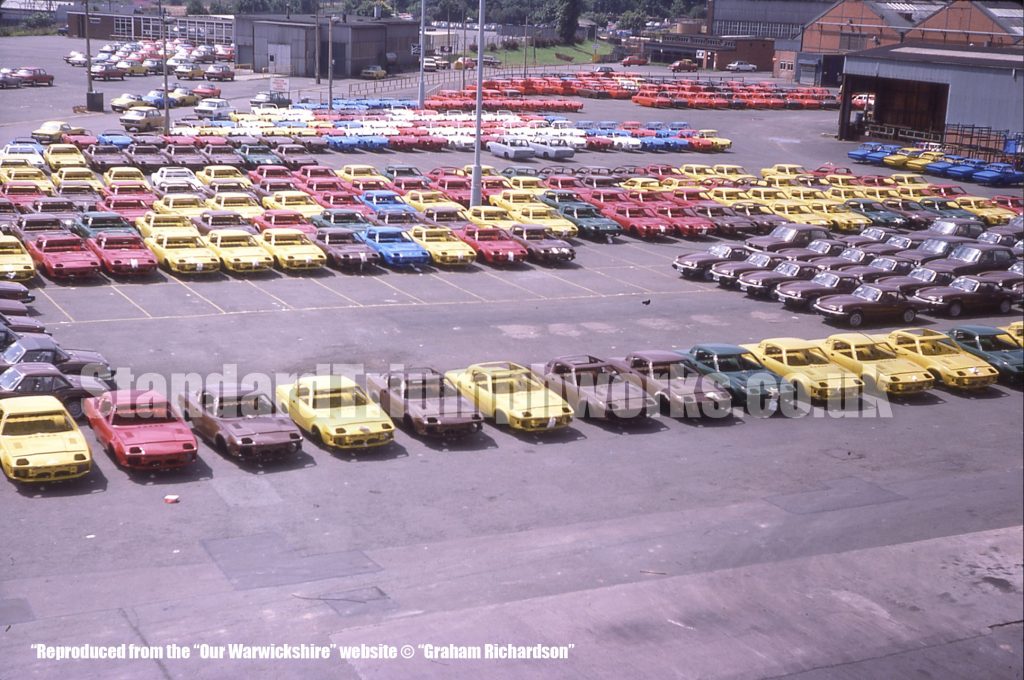 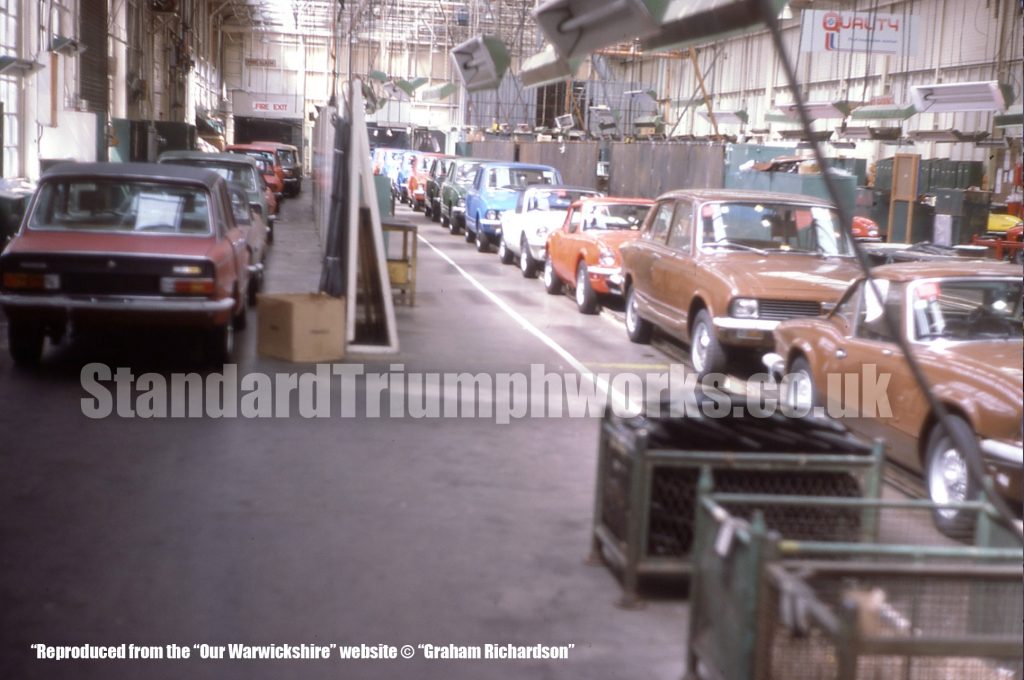 Stock Taking
Once a year, they would ask the office staff if they would do some extra overtime at weekends, to do stock taking, and we had to count every car that had been built, in the storage areas around Warwickshire (there was one in Griff Hollow, Nuneaton, around there, and Baginton round the airport, and one other somewhere). So a minibus would pick us up, take us to the storage area, and we’d have a pad with the cars on that had been built, and we had to find the registration number on this sheet, and we had to lift the bonnet, check the engine number with the pad, tick it off, lower the hood, and on to the next – there was thousands! We’d go round in twos, one to lift the hood, one to read the number.

Just occasionally the keys would be in the ignition, and it wasn’t unheard of that people would start it up, go up the compound and go back and park it.

Social
They had a yearly golf tournament as well, Triumph, which was held at the Belfry, it was semi-professional, and we had to print the programmes for that. We were let out to see the Queen go past, on Fletchamstead Highway. She waved as she went past… and we went back to work then.

I left in 1980, so not that long before it closed. It was a really good place to work, you were looked after very well. There was a surgery there, and if there was something wrong with you you didn’t go to your doctor, you went down there. There was recreation stuff – football, cricket, a social club. There was very good holiday too, and good pay.