A Second World War veteran and Standard Triumph manager has celebrated his 100th birthday in Coventry. 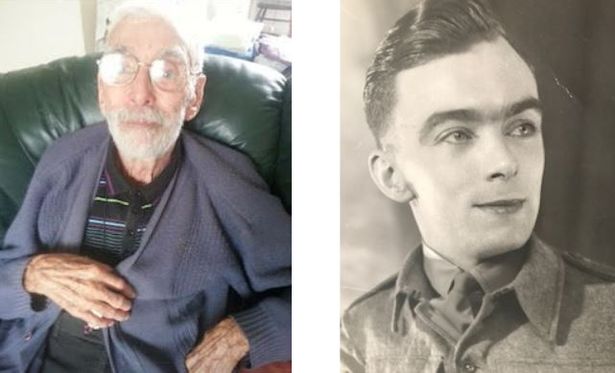 William “Bill” Bullivant turned 100 this month and he celebrated his birthday with his daughter-in-law Eileen and grandchildren Paul and Claire, their friends and family pet Buddy the dog.

Bill was born in Hillfields 100 years ago to William and Clara, who also had a daughter named Dora.

He went to John Gulson School and then went on to serve in the 79th Armoured Division in World War Two.

He married the love of his life, Jessie, in 1940 and they spent their married life living in Whoberley. They had a son Bill who sadly died suddenly in 1975. Jessie died in 2003.

Bill has always been a sportsman, playing mainly cricket and football.

With his wife Jessie, he also enjoyed sequence dancing and they won many trophies.

His family said Bill loved to grow chrysanthemums and showed a real art to it.

The centurion’s family say he enjoyed his birthday on Saturday, August 4, and his 100th birthday card from the Queen is on its way.