Team photos from 1947 featuring the two finalists of the Inter-departmental Cricket competition. 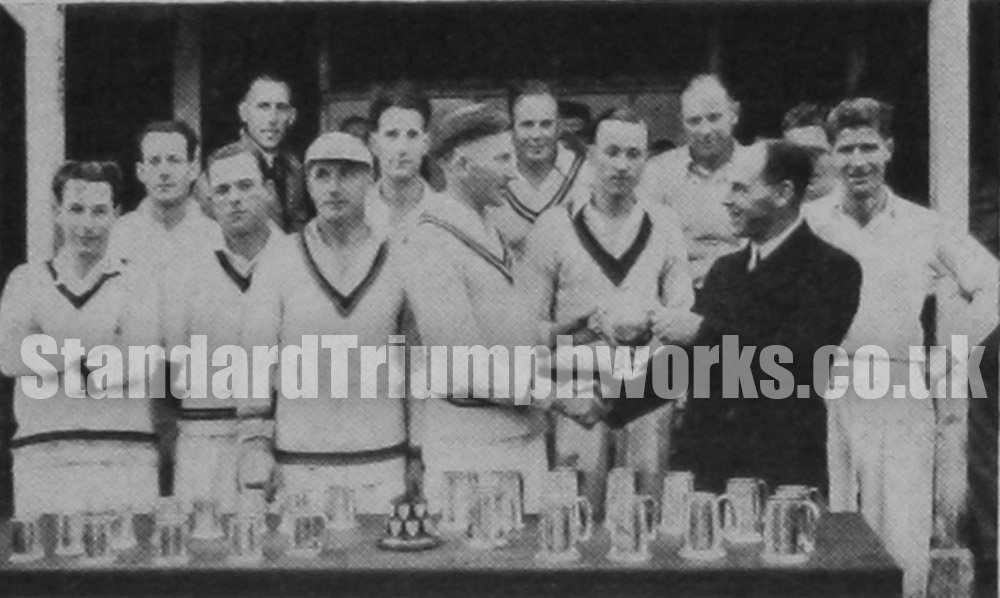 The first (above) shows the winners; the Engine Shop. M.R. Jackson (Captain) is being presented the with the C.J. Band Trophy by Mr Chapman, Chairman of the Standard Cricket Club. 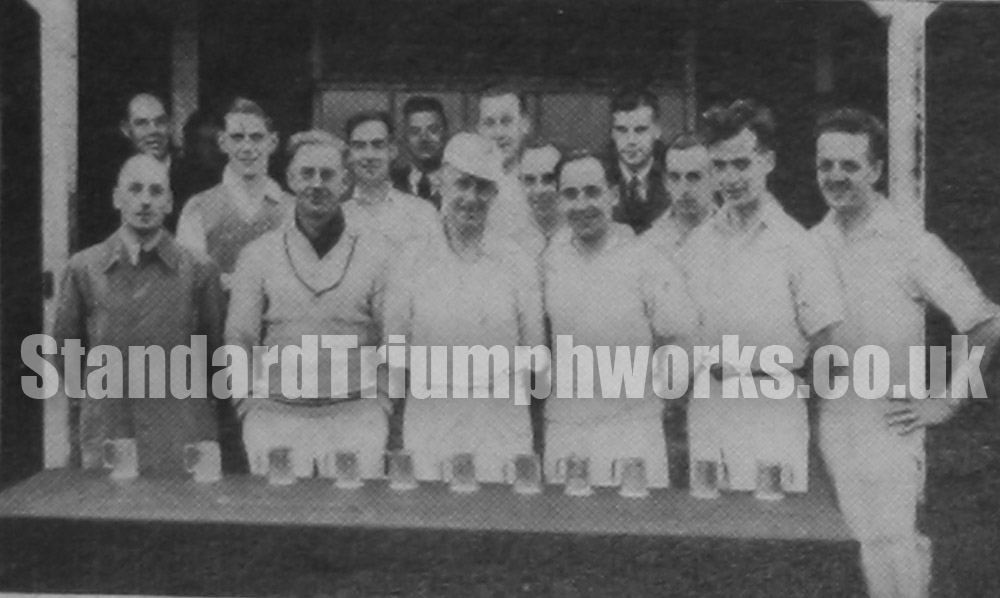