To meet the demand for Standard Cars, an intensive reconstruction programme is being carried out in certain departments throughout the Standard factories.

These pictures show constructional work in progress in the shop where Mosquito aircraft were produced during the war. This huge building is being entirely re-equipped and re-designed to accommodate the main Standard car assembly lines. Although the existing assembly shop is mechanised, this new shop will include the most up-to-date scientific principles of mechanisation, thus when these changes are complete, a considerable increase and economy in the production of Standard cars can be expected. 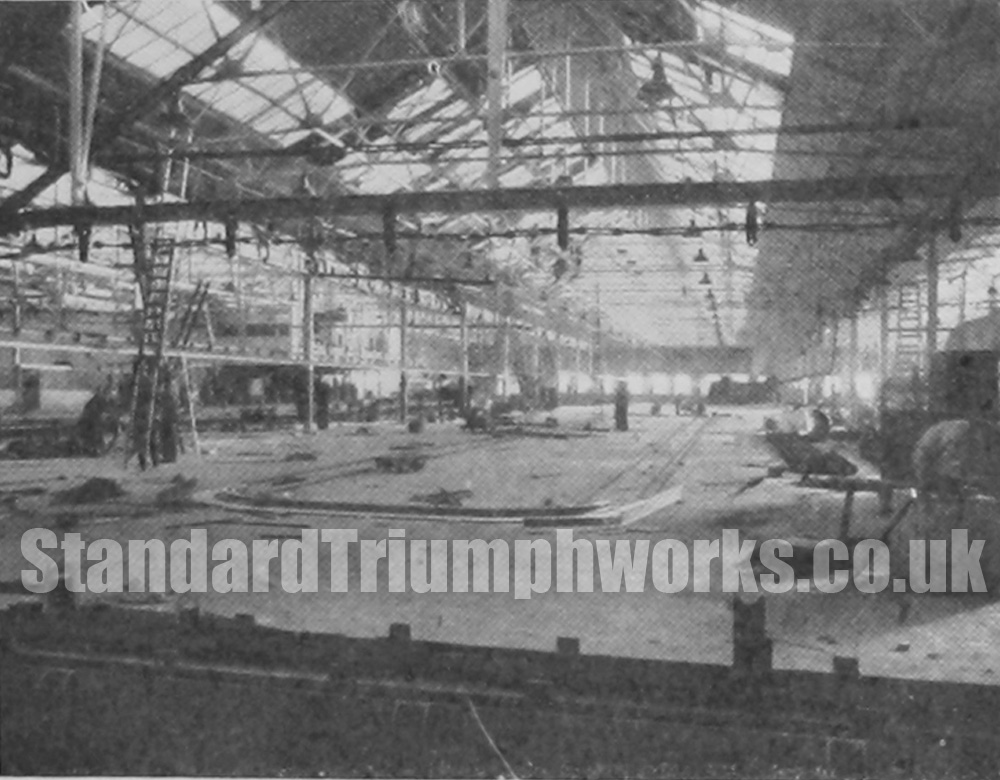 A view showing a section of the new shop—this large airy building is typical of Standard factories. 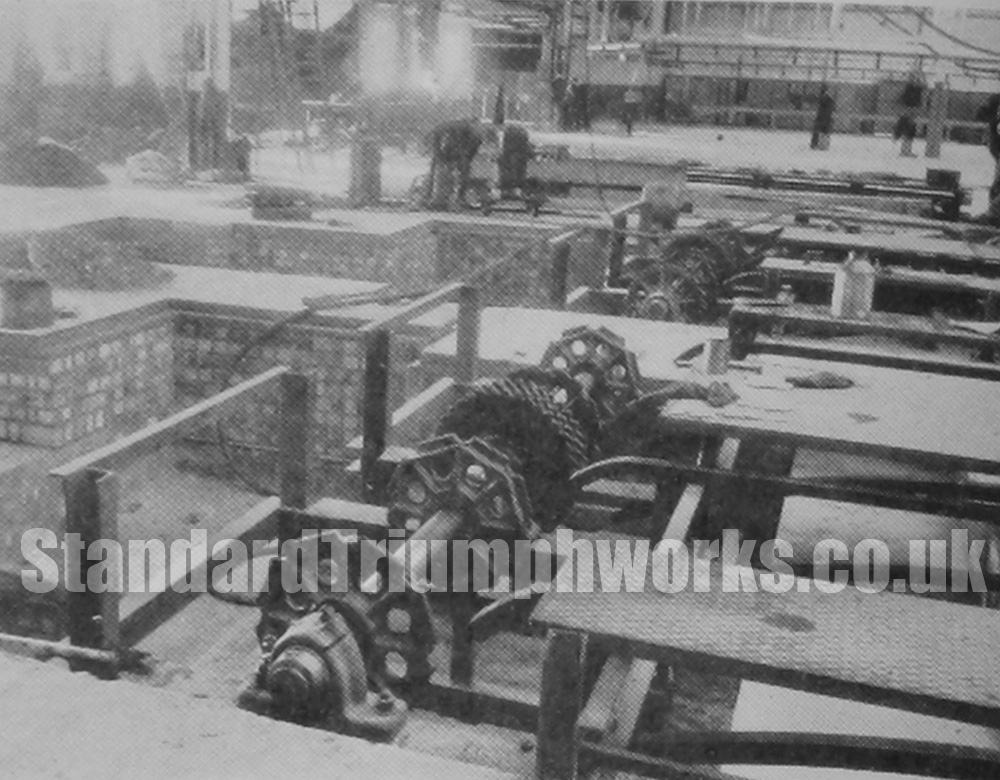 This close up of the driving ends of two of the tracks gives some idea of the sturdy mechanism needed to operate them. The motors that will power the tracks are to be fitted in the pits shown.