Following on for the previous post here are a number of photos of the Standard Motors Rugby Football Club team (SMRFC). 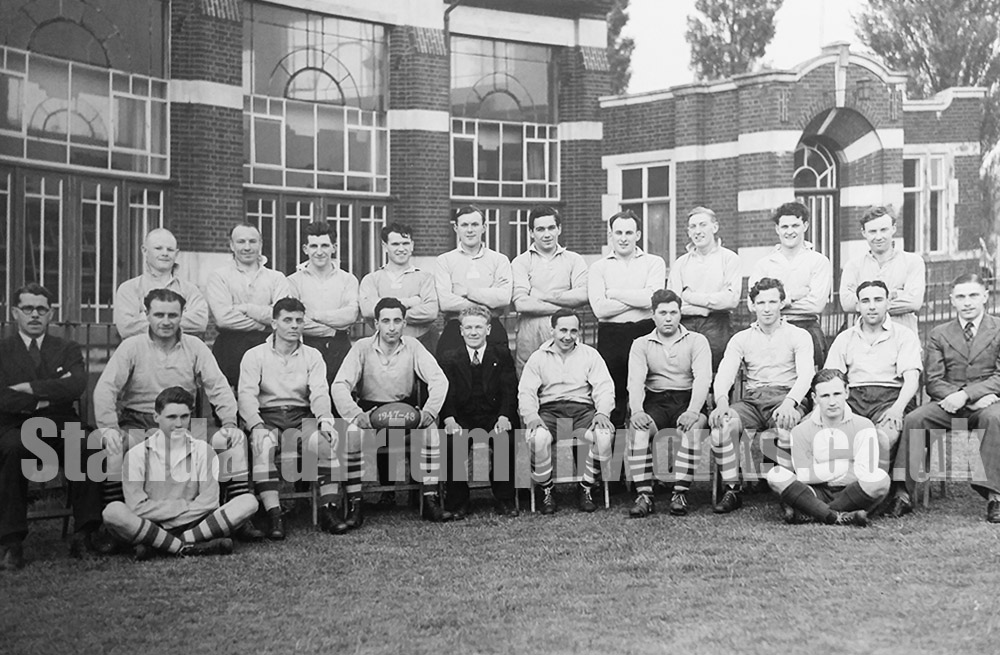 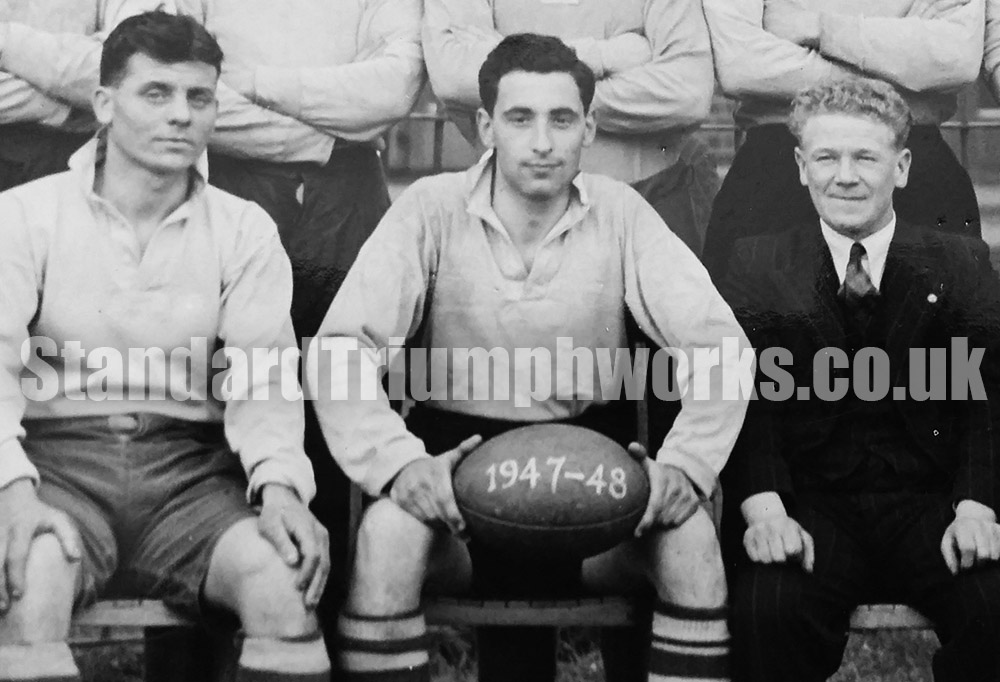 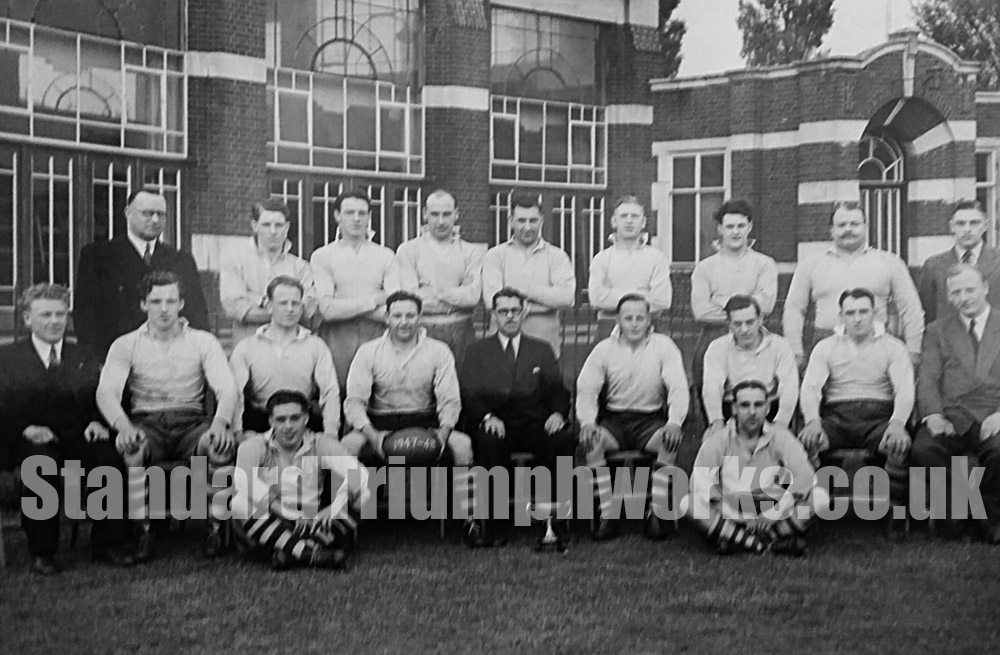 This second photo dates from 1947-48 season too (See close-up below)
UPDATE: My Dad Wal Jones, second row, fourth from the left, with the ball! I think Albert Gale, a friend of my Dads, second row sixth from left.
Wonderful picture….Thank you. Submitted by Maureen Holmes. 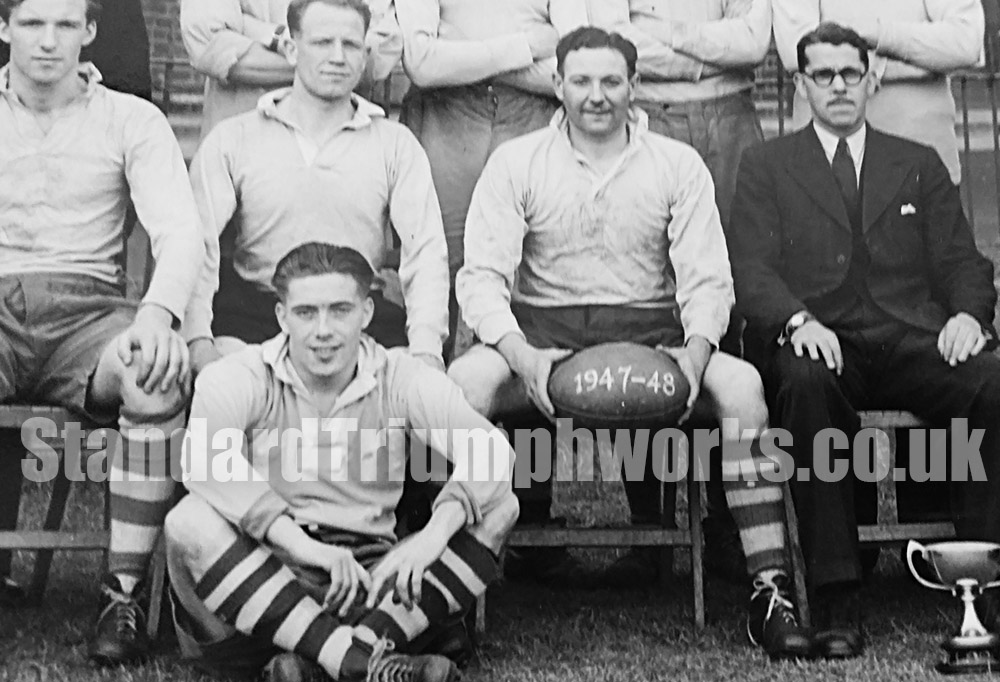