Three photographs of three ladies who worked at Standard Triumph. 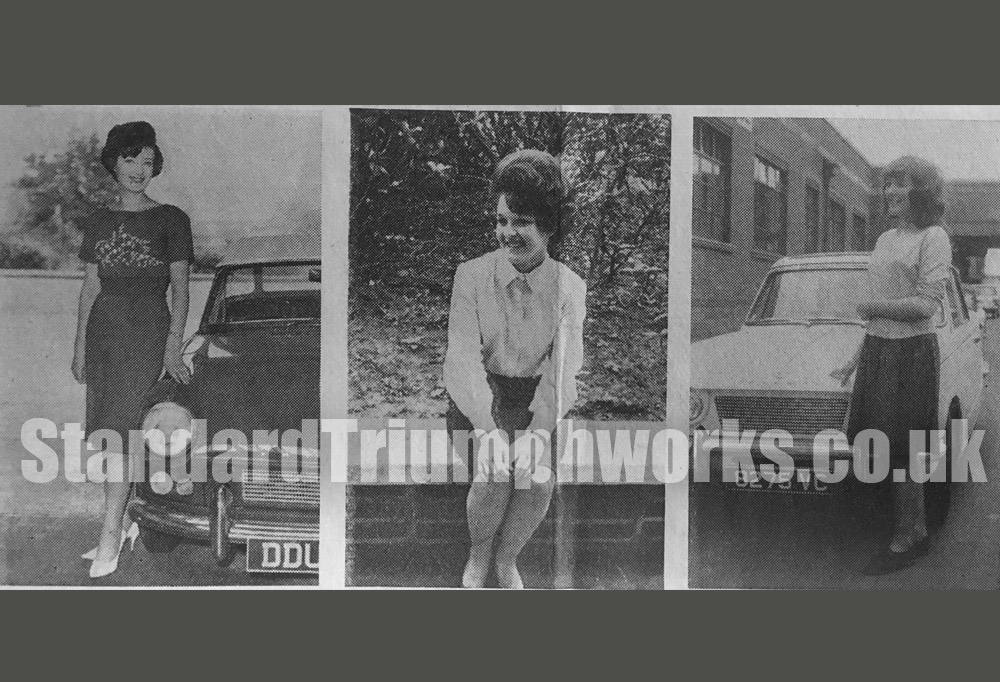 UPDATE:
My mum and sister worked at Standard Triumph on the A45 Allesley. Peggy Atkinson and Anne Atkinson. When Anne married she went to work for the Publicity Manager. Her name then was Anne Leech. Dad worked on inspection at Canley: Des Atkinson.
Jane Taylor

There I was (Anne Atkinson). How the years since then have taken their toll! My grandchildren can’t accept that their dumpy little Grandma was ever as ‘glamourous’ as that picture. What my sister didn’t mention was that I married Mick Leech in September 1965 and pictures of us both appeared in the Standard News. Mick worked in Experimental. His brother Brian served his apprenticeship there and his younger brother worked on Coach building. His dad, Joe, worked there for years but sorry, can’t remember what department. Anne Leech