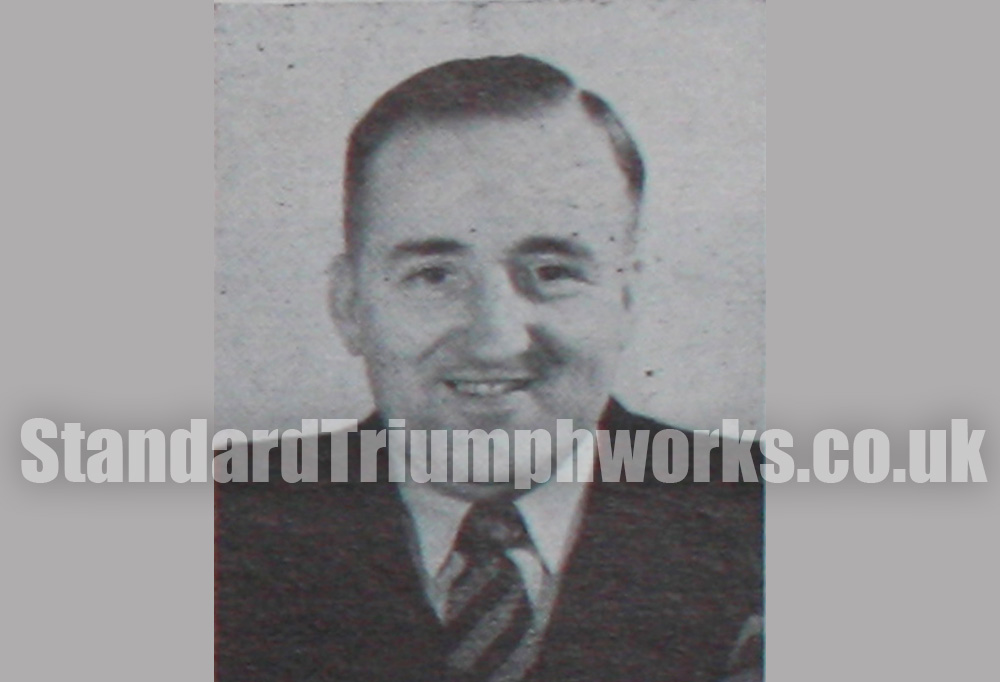 We regret to report the death of Mr. Thomas Patrick Fay.
47 years old, Mr. Fay was a Production Control Engineer at The Standard Motor Co. Ltd. He was a popular and well liked member of the staff.

Mr. Fay joined The Standard Motor Co. Ltd., in the early 1930’s. A member of the Territorial Army and Vice President of The Standard Motor’s Branch of British Legion, he served throughout the Second World War in the Royal Artillery.

He was a nephew of the Roman Catholic Bishop of Lancaster, the Right Rev. Thomas Edward Flynn and Mr. A. T. Flynn, Superintendent of St. Vincent’s Working Boys Homes, Birmingham. His brother, the Rev. Cyril D. Fay, 0.B.E., is a naval Chaplain attached to the Home Fleet at Portsmouth. Two of his three sisters are nuns.

UPDATE: Mr Fay was killed in an accident near Stretton-on-Dunsmore on August 29, 1955.