The Apprentice Training School was situated at Banner Lane. After Massey Ferguson acquired the factory in 1959 it was moved to Radford. Subsequently it moved to Tile Hill.This fantastic photo has been sent in by David Mileham, who appears in the picture. He can also name others too. 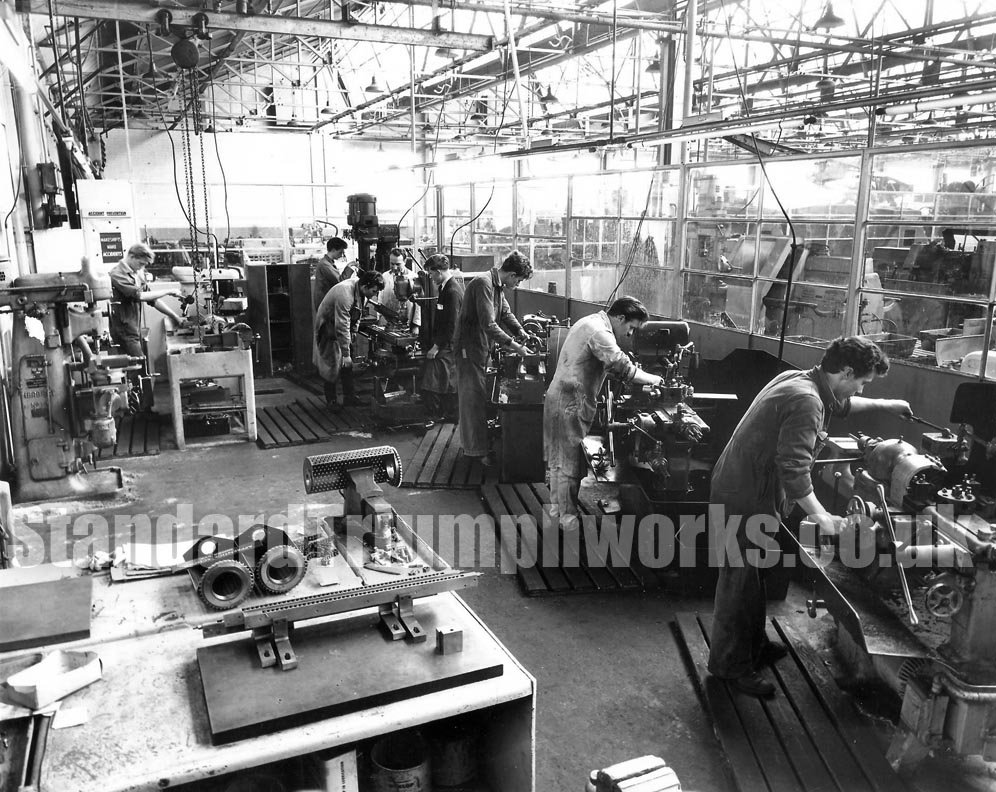 UPDATE: This photographed appeared in the Works newspaper in September, 1962 from which, we are now able to add in all the names:
(L to R). Richard Masters (Dick), C. Wilkins, Barry Buckley, Mile Grady (Instructor) David Mileham, R. Brooks, Dave Morgan and “Monty” Morton.
The photo is labelled the Education and Training Workshops, Radford.