It was to have been a quiet Sunday afternoon in the park. But within minutes of parking his Standard car at Stanford Hall, Lord Braye’s home near Rugby, Mr. Vincent White was in the river tackling a youth who was armed with an air pistol and a sheath knife. 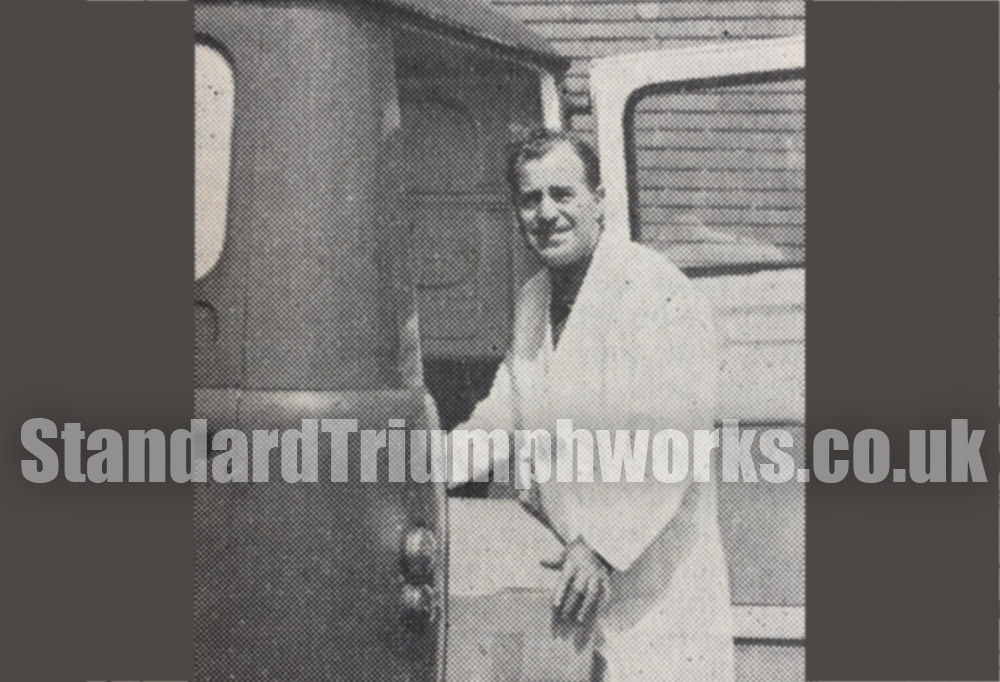 A former paratrooper (North Africa, Arnhem . . . ) in the 1st Airborne Division, Vin White drives a van for our Catering Department. He lives at Allesley with his wife and two daughters, aged 13 and eight. It was on June 25 that he drove to Stanford Hall with Mrs. White and their younger daughter, Susan. “We’d been told it was a nice quiet place,” Vin said later. But he had only just parked the car when he heard that a youth was standing in the river waving a gun and knife. The youth is said to have been with a companion similarly armed, and to have threatened a policeman and fired the pistol at a woman in the crowd before jumping into the river.

Vin ran across the park, waded into the river and managed to reach the youth unobserved by crouching in the weeds and rushes. Tackling the youth from behind, he disarmed him and pulled him out of the water. In the struggle Vin lost his new sandals (one was afterwards recovered) and his right hand was cut.

Lord Braye helped him to dry out in the Hall and lent him a pair of shoes. “They were rather large for me — size 11, and I take nines,” Vin said. “After that we went straight home. So much for a quiet afternoon! They have been trying to find the knife in the river so I am hoping my other sandal will be found.”
It was.

Rescued Girl
Plunging into a river in an emergency was not a new experience for Vin. During a motoring holiday before the war he rescued a little girl who had fallen into the river at Ashford, Kent.

He first joined the Company 13 years ago and worked in Engine Assembly and No. 2 Shop at Banner Lane before taking up his present job in the Catering Department. As a paratrooper he made 36 drops, many on to enemy held territory and several at night. He injured his mouth in the Arnhem landing and was held prisoner for over three months.

After the war he was a Territorial for eight years, serving in the Royal Warwickshire Regiment.