My father, Bert Barber, worked in aircraft inspection, Canley, during the war and then went into car despatch with Bert Hickman etc.handing over the cars to the dealers who came from all over the country to collect the cars. 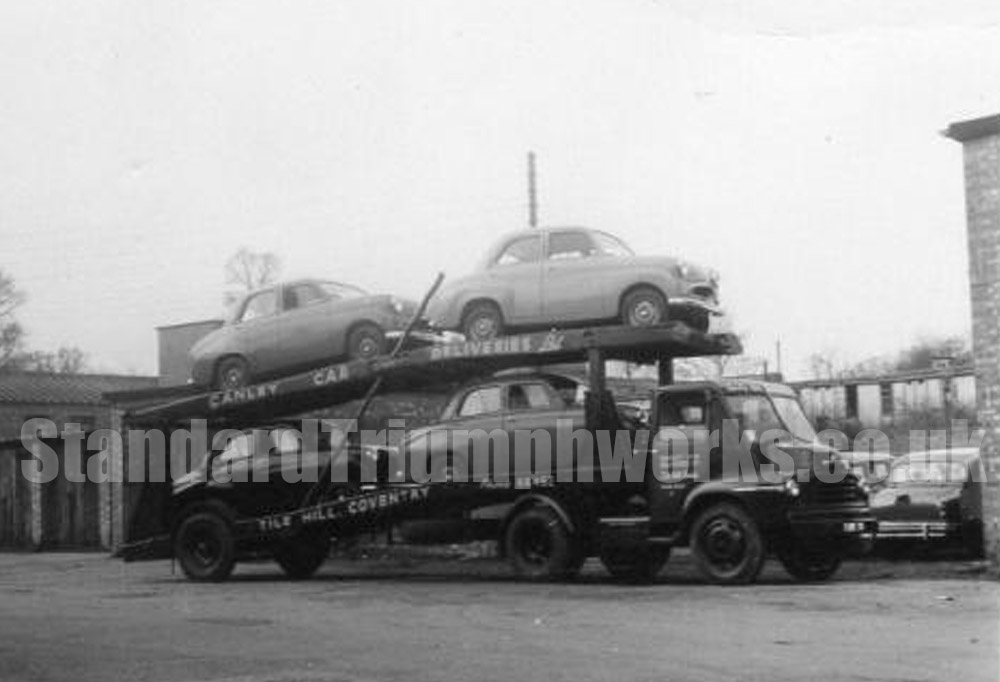 From here he left and in 1945 started Canley Car Deliveries along with Joe Green his son in law Cliff Roberts and Ken Brookes. CCD is mentioned elsewhere in your articles. I am the Jim Barber ex-apprentice (1960-1965) as also in your archives. I then joined the Light Commercial Veh. Dept headed by John Savory in Fletch South. When John Savory retired the dept became the Fleet Sales Dept and the new fleet manager was John Patten. We developed the first factory vehicle contract hire dept. and shortly were getting involved with Police vehicle sales. 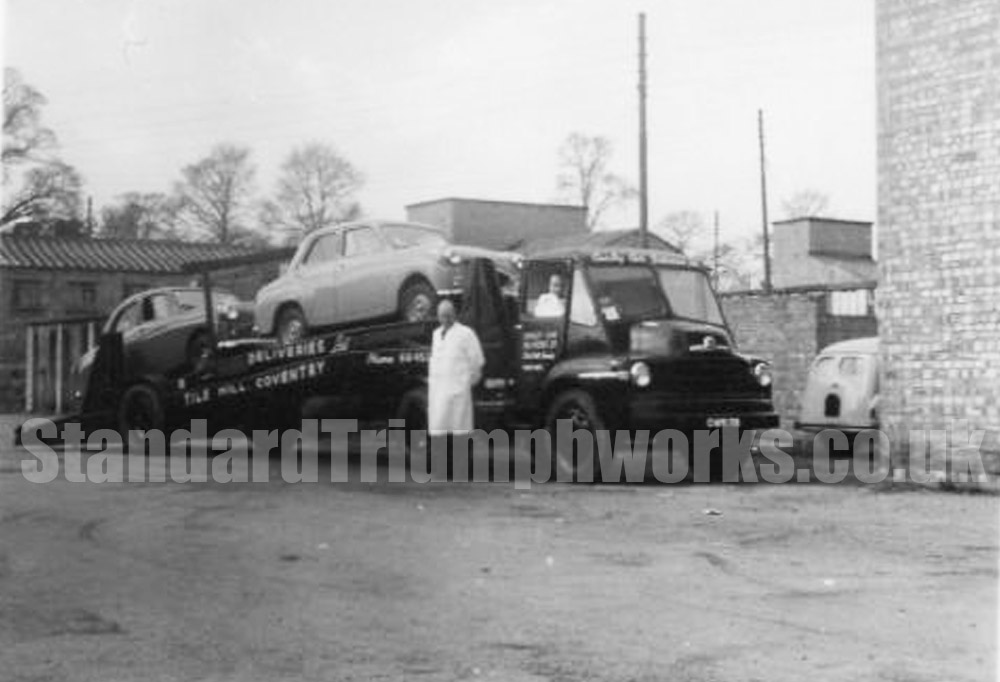 The sales director, Mr Lyndon-Mills offered me the option to become the specialist police vehicle sales representative. I had to travel over the whole country visiting police forces in order to build up the sales of Triumphs. The Triumphs became quite popular and were eventually seen throughout the UK and on TV. ( If required, I could provide more about my apprenticeship, works friends and contacts.)

Yes please Jim – this submission came through on the ‘submit a name’ section and we do not get any email/contact details, so we cannot reply to you directly. We’d love to hear more so please send any further details to the email iwas@standardtriumphworks.co.uk – ED

“Canley Cars first started trading as a company on 21 November 1945. Very small at the time it operated from a lock up garage in Kirby Rd Earlsdon. Expanding it moved to the old hostels in Duggins Lane in the early 50’s, then to Burton Green, and again to behind C and E Motors (now Homebase). You can still see the original gates to Canley Cars in Canley Rd opposite the gun shop. In 1964 the company was sold on by its original owners.”
Steve R