At first glance, we had to admit, we thought the lady in this first photo was the Queen. 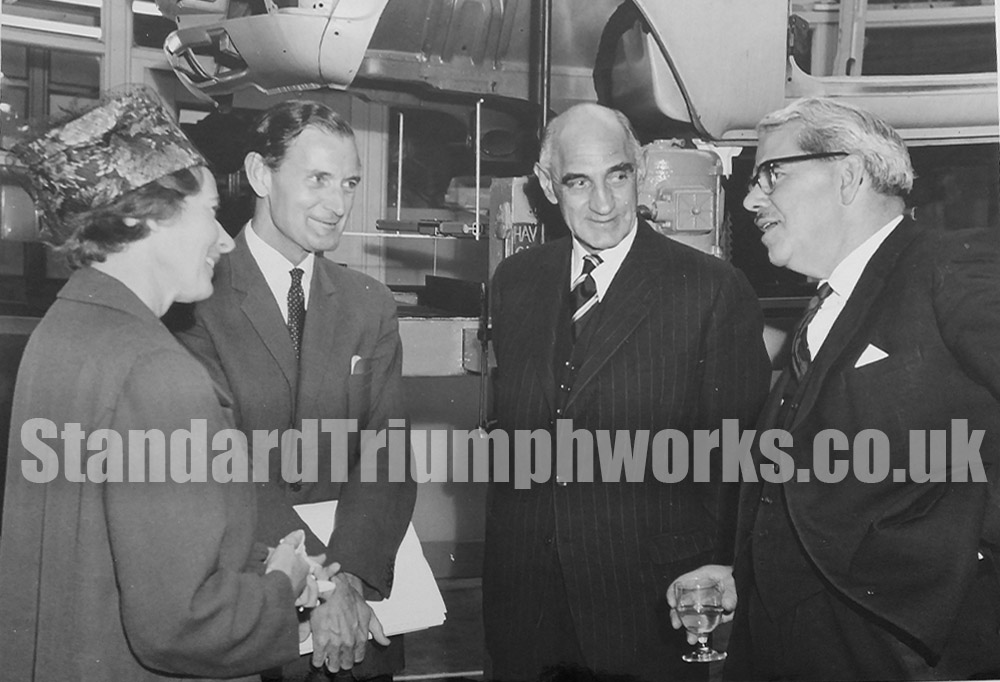 Subsequent photographs clearly point out that the lady isn’t the queen – but with very little to go on, there is some importance to the meeting. What do you suggest? 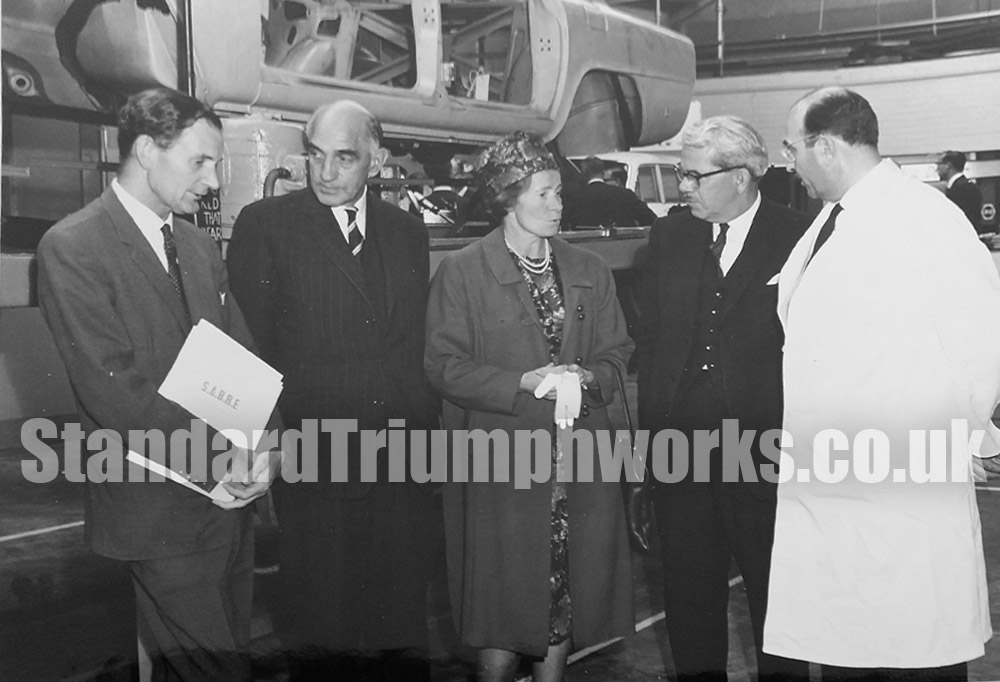 Jock Brown can be seen in each photo, stalwart of Western Avenue, the London Service Depot and the photographs are almost certainly taken there. Judging by Brown’s age, the date is suggested as around 1970.
The second photo adds another clue with the gentleman on the left carrying a dossier marked S.A.B.R.E*. We are curious to think what this refers to. Can you help? 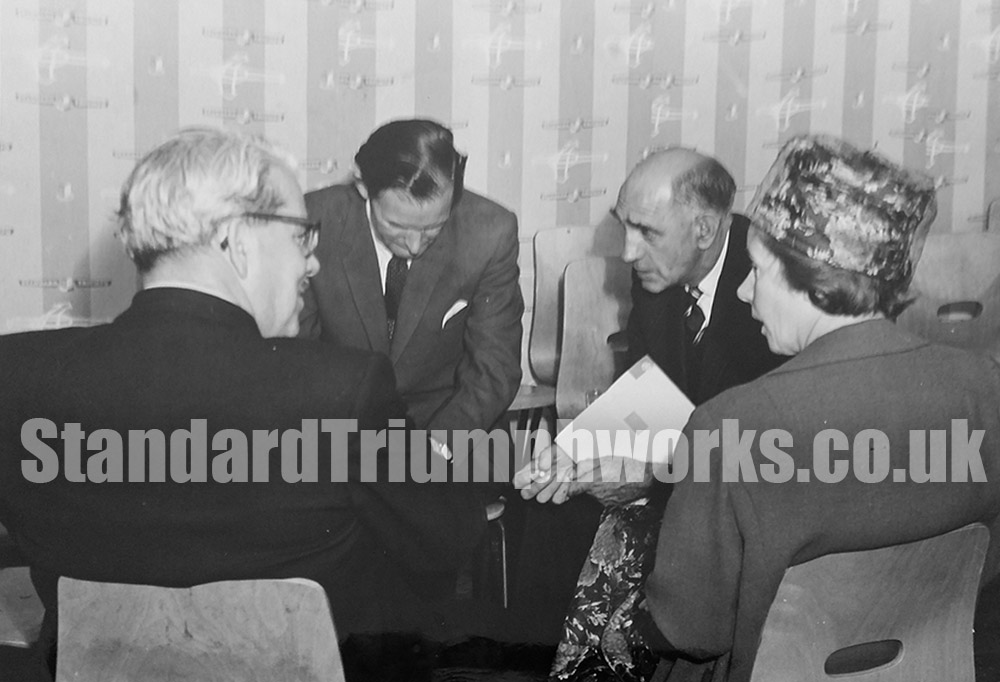 We love the background on this photo – despite the later date the company STILL is proudly regarded as Standard Triumph.

“Right at the end of Swallow Doretti production, Frank Rainbow designed and built a Mark II Doretti called the Sabre. The new model incorporated many improvements which would have made the Doretti an even better car. These modifications included a stiffer chassis constructed of square section tubing, more passenger room for children, wind-up windows and other small refinements.”
Ken Yankey

We do not believe it is this organisation as the dates do not seem to correlate and the society gives no indication of start date less the introduction of the website:
The Society for All British and Irish Road Enthusiasts
SABRE originally stood for “Study and Appreciation of the British Roads Experience”. The original SABRE website was started by Brad Jackson in 1999 as a way of encouraging discussion about and study of roads in the United Kingdom, and there was a major update in August 2001 when an MSN community was introduced to allow visitors to discuss roads issues.