The Standard Motor Co. record with deepest regret the recent death of Mr E. J. Corbett, which came as a profound shock to his large circle of  friends.
We extend to his widow and two daughters our deepest sympathy. The following appreciation by Mr. C. J. Band, Chairman of The Standard Motor Co. Ltd., one of his oldest and closest friends, gives some indication of Mr. Corbett’s many varied activities and the esteem and affection with which he was held, not only in the Standard Organisation but throughout the Midlands. Ernest John Corbett was a great-hearted man overflowing with energy and full of enthusiasm for any institution he joined for the welfare of the citizens of his adopted city. His unexpected death cast a gloom over his fellow Directors, the Staff and all the Employees of The Standard Motor Co. Ltd. with whom he had come in contact. 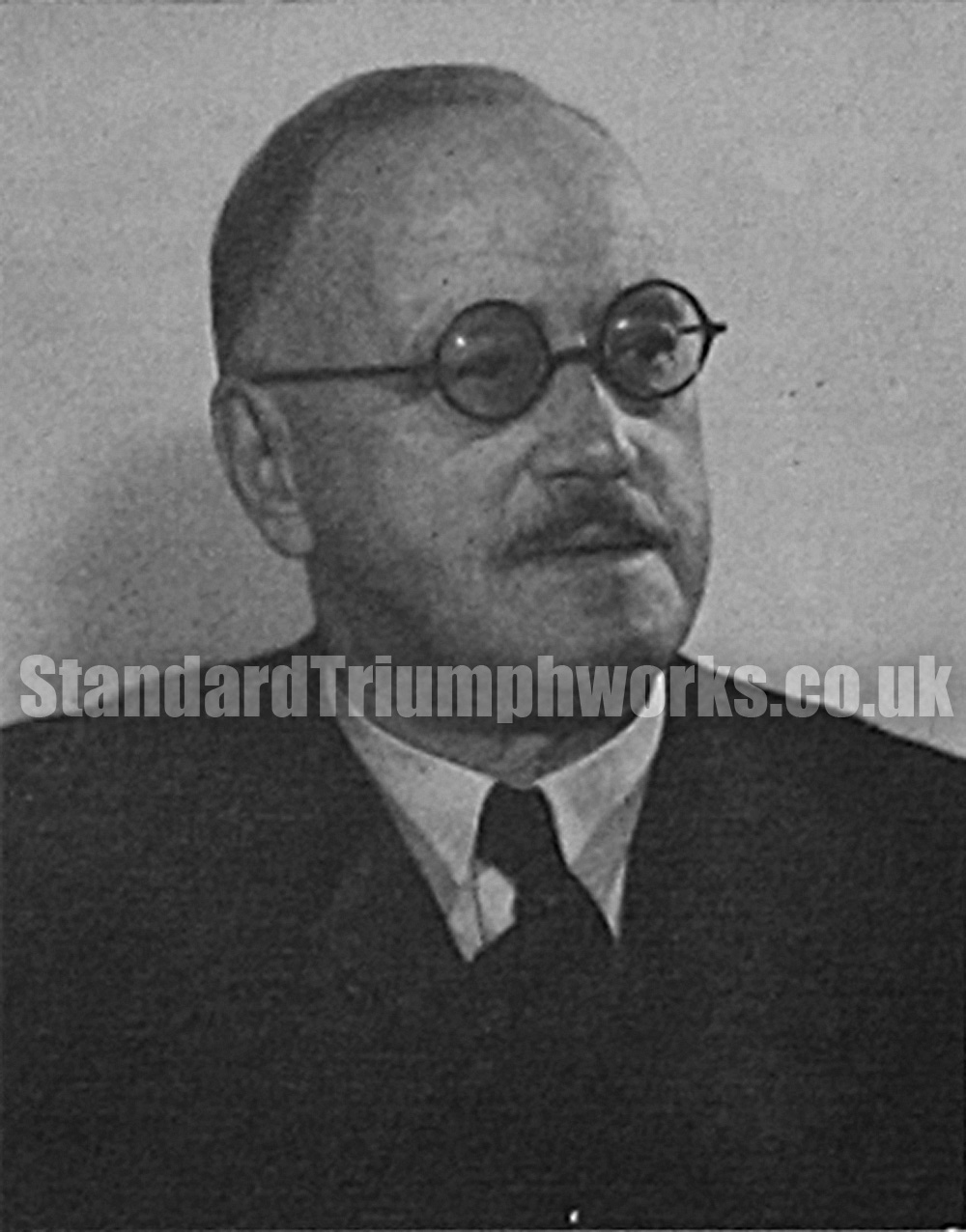 His interest in The Standard Motor Co. Ltd. commenced at the time he came to Coventry nearly forty years ago and from my own personal knowledge I can say that his interest never faltered nor flagged whether in good times or in times of depression. He was intensely proud of his position as a Director of the Company, having been elected a member of the Board eleven years ago upon his retirement as Local Manager of Barclays Bank. His activities in the city as a member of the Corporation, as a Trustee of the majority of the charitable bodies and as an active supporter of many sporting and other institutions in the city have already been referred to in the local Press, but there is one aspect of his life to which I should like to refer.

In my close friendship covering the whole period of his life in Coventry, I never once came across a case where help and advice were needed where he refused to do the utmost in his power, and I am quite sure there are countless citizens of Coventry who feel most keenly his passing. During his life he made many friends and, I like to think, no enemies. The Memorial Service at St. Barbara’s Church on the 4th October was a moving and fitting tribute to the memory of a large-hearted citizen and friend.