It is with deep regret that we have to record the sudden death of Mr. F. G. Carey, Chief Cost Accountant of The Standard Motor Co. Ltd., which occurred on 3rd February at his home, 14, Stoneleigh Avenue, Coventry. 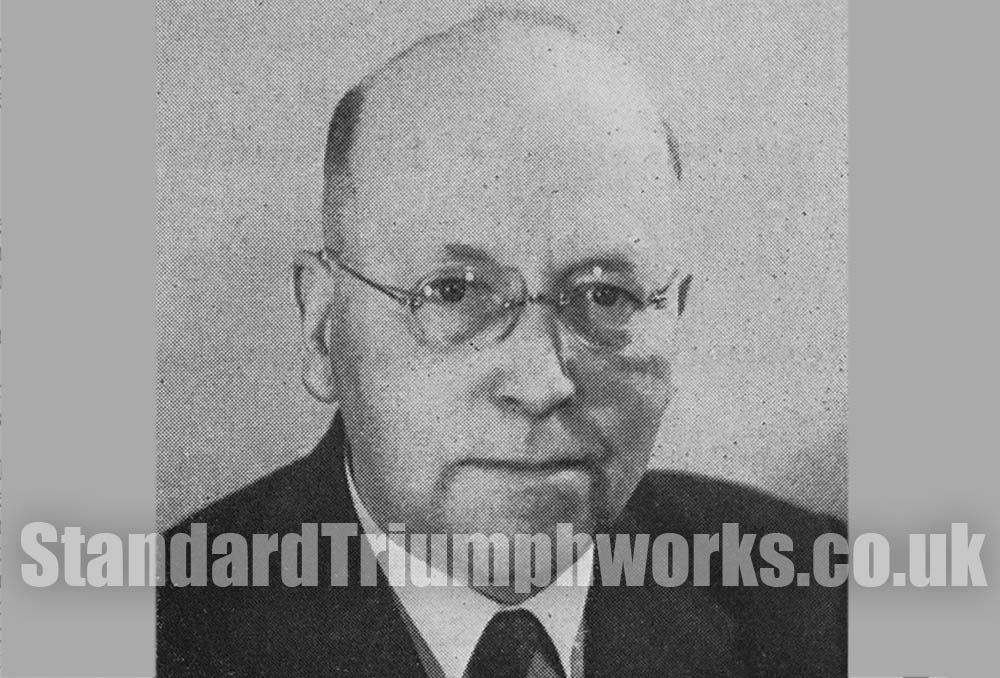 We reproduce here a tribute from Sir John Black and two other expressions of appreciation which typify the feelings of all who have ever been associated with him.

From Sir John Black: “I knew and worked with Fred Carey personally for thirty years. He died suddenly and at the early age of fifty-nine. I shall miss him terribly. He was Chief Cost Accountant in the Standard Organisation for twenty years. During that time I had the highest regard for his ability, and he endeared himself to all of us by his placid temperament and natural good humour. A measure of the respect in which he was held is shown by the many letters which we have received from his friends in the factory, in the Trade Unions and outside our Organisation; and his sympathetic approach to the domestic and personal problems arising from his position as Vice-President of The Standard Benevolent Fund will be remembered by all who came into contact with him in that capacity.  I extend my deepest sympathy to his widow and three sons in their very sad loss.”

From Mr W. Wanley (Foreman, Final Finishing Department): “The sudden passing of Mr. F. G. Carey came as a great shock to us all. To those whose privilege it was to come into close contact with him, his passing has severed a strong link of friendship and loyalty such as is seldom found. During his twenty years with the Company, Mr Carey had many duties to perform; duties which brought him into contact with people from all walks of life: but no matter to what station of life they belonged, it is true to say they would be received by Mr Carey with the same gentlemanly manner and share in the great integrity of purpose which was always apparent. The many committees on which he served will be the poorer by his passing, for his very presence and benevolent outlook inspired those who sat with him. Truly, one of nature’s gentlemen whom we can ill afford to lose—we extend to his wife and family our sincere sympathy.”
From Mr F. T. McDonagh (Secretary, Shop Steward’s Committee), Canley. “The news of the sudden death of Mr. Carey was received with profound sorrow and regret by all who knew him. My work as Secretary of the Shop Steward’s Committee brought me in close and intimate contact with him, and his passing was indeed a great shock to me.”

In recent years major agreements have been concluded between the Company and the Trade Unions and Mr Carey figured largely in the negotiations. The new wage agreement secured in 1948, which completely revolutionised the system of payments at The Standard Motor Co. Ltd., took many months to negotiate. The “backroom work” which was approached jointly involved countless hours of work and thought, the problems were manifold. Many times it seemed impossible to resolve the difficulties that arose, but always in the background, like a sheet anchor, was Mr. Carey. His mastery of figures, his scrupulous regard for truth and facts, his courtesy and patience and his placid nature, commanded the highest respect and admiration, and contributed in no small measure to the ultimate satisfactory conclusion of this agreement.

Mr. Carey always concerned himself about the welfare and interests of the employees, notwith-standing the heavy responsibilities of his Department he willingly found time to contribute to the work of the Benevolent Committee. In this sphere the employees received the benefit of his wide financial knowledge and experience, resulting in careful administration and the maximum benefits from the available funds. Comparatively few of the thousands of workers at the Standard knew Mr Carey – he never craved for publicity – he was content with his pipe, his family, his work and the inward satisfaction arising from a job well done. His passing is a real loss to the entire Organisation.