Harry and his three Brothers at the Duke of York pub in Tewkesbury.  From Left to Right.  John Webster, George Webster, Harry, Derek Webster. 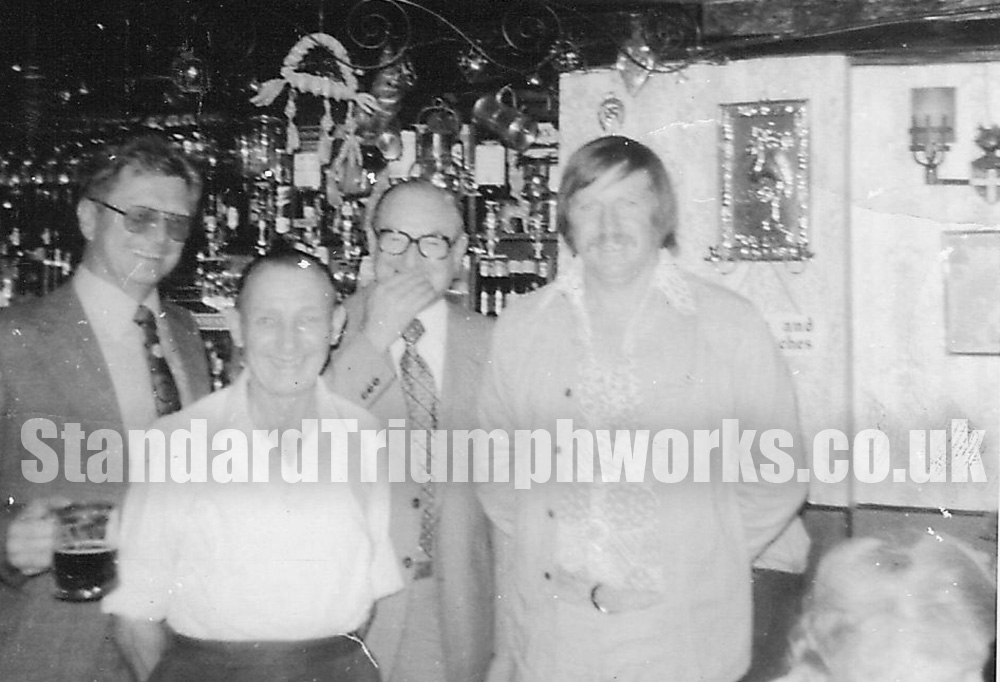 Harry once said “We had to spot niches in the market and say: “This is where a car will sell for a little bit more than the others.” We always looked for the difference between what they were doing and what we could do. We couldn’t compete head-on.” 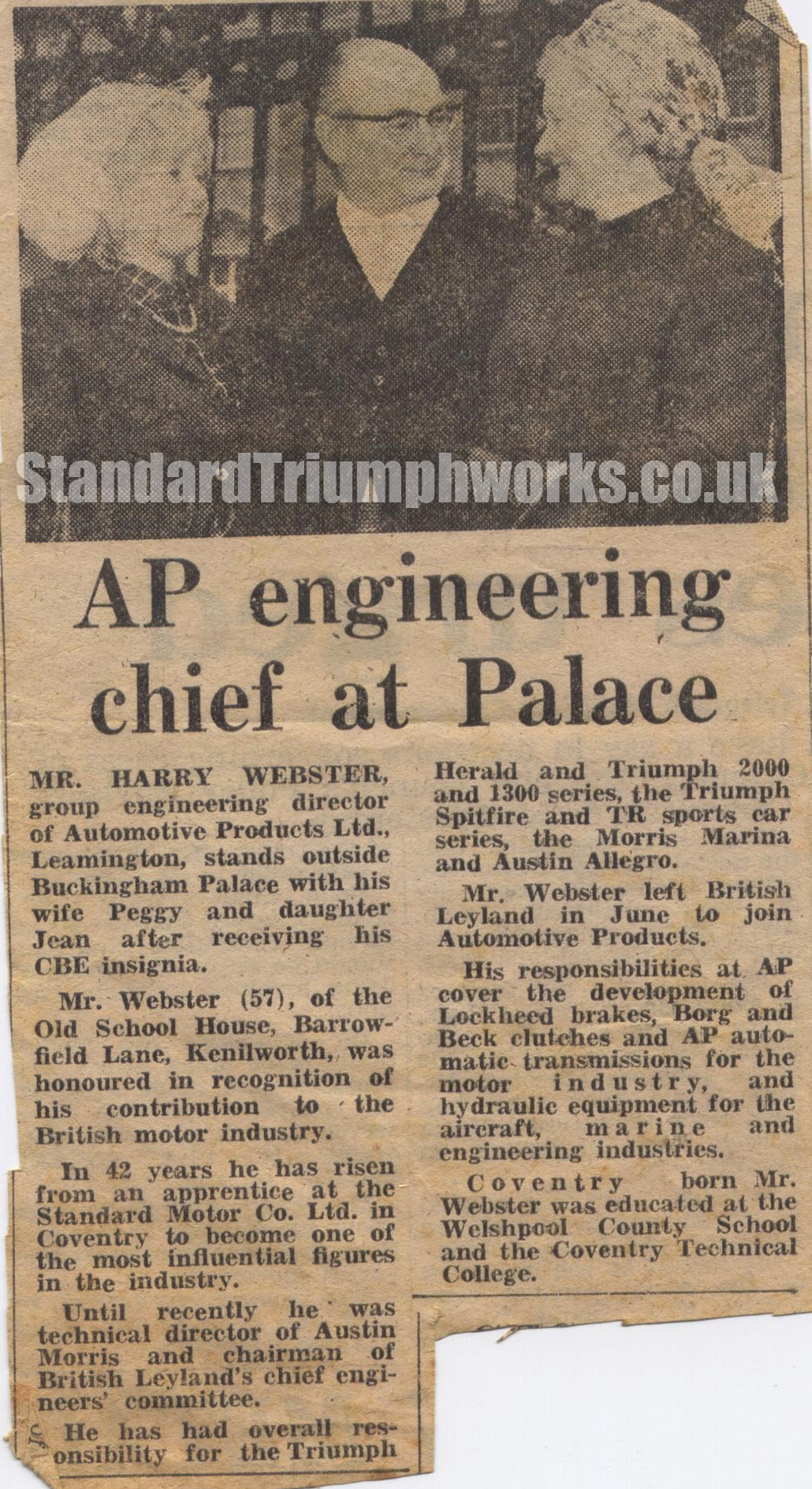 Henry George Webster (Harry) was born on May 27 1917, and educated at Welshpool County School. Aged 15 he was apprenticed to the Standard Motor Company in Coventry. After spending six years in Standard’s aircraft engineering operation as an inspector during the Second World War, he returned to the chassis design department in Coventry in 1945 and rose rapidly through the ranks. Read more here…