Two stalwarts of Triumph’s Pipe and Drum Band travelled from Coventry to be present at the London depot’s presentations to “Jock” Brown retiring Manager of Triumph’s Western Avenue establishment. 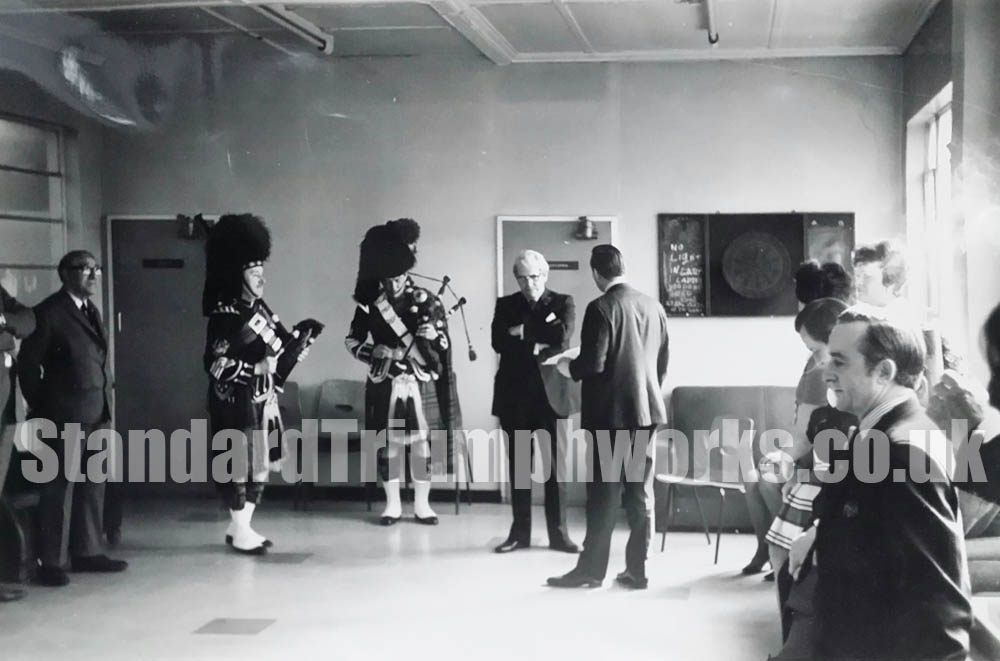 SCOTTISH REGALIA
In full Scottish regalia, Drum Major Ted Graham and Honorary Pipe Major Davie Murdoch piped at the presenta-tion ceremony and then through the departments of the depot as “Jock” said goodbye to all members of the depot’s personnel. Afterwards, employees were invited to a final “piping out” at a local hotel. 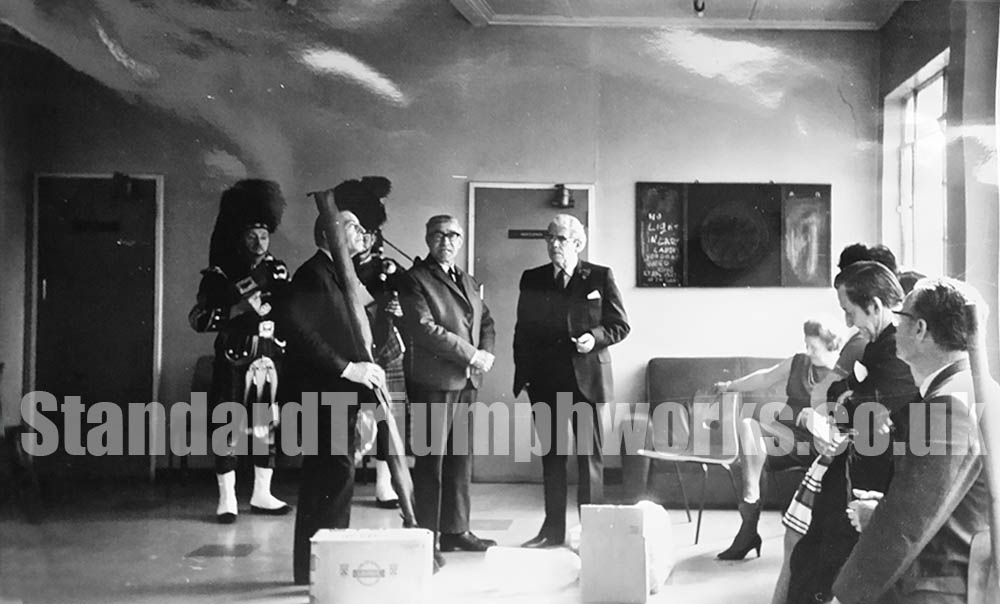 TRAFFIC STOPPED
The pipers headed a procession from the depot, along Western Avenue to the Park Royal Hotel -and London’s busy traffic screamed to a halt! 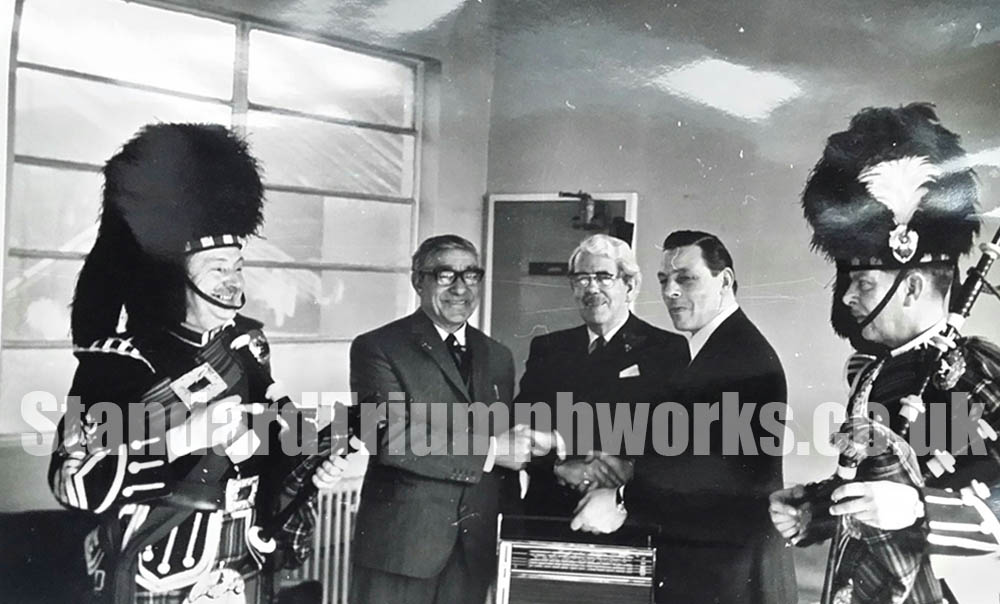 Some pedestrians even walked into lamp posts at the sound of the pipes! But the sight of two burly pipers, followed by a Scot wearing an English rose, and nearly the whole of London depot personnel bringing up the rear, made on-lookers cheer! 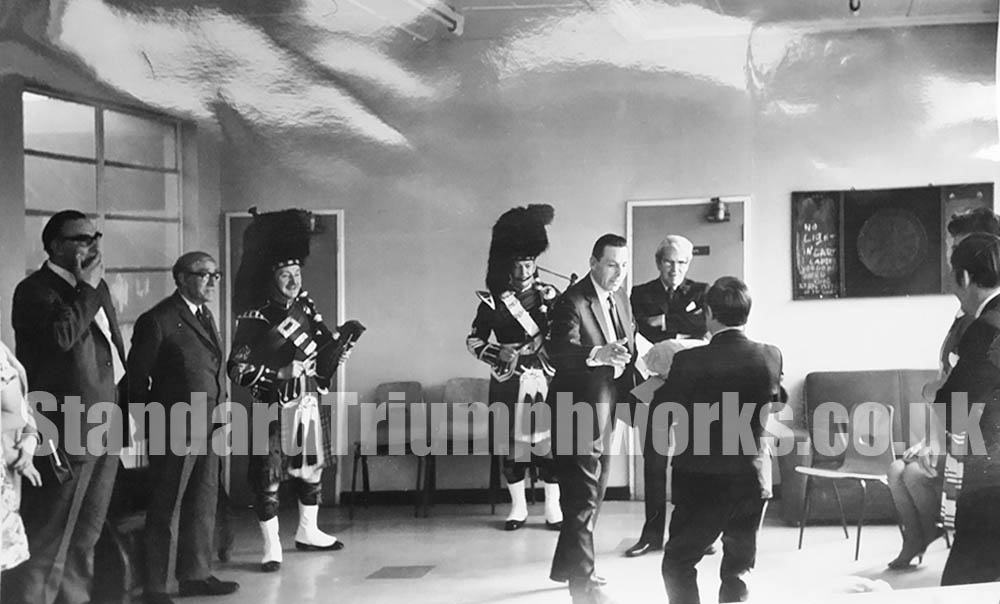 On a drab London day this was a happy sight to the traffic beseiged British and brought the thought that the Relief of Lucknow had come again!