I have just discovered your website and have spent the whole morning studying it. I must congratulate you on the wide array of interesting content. As I worked at the London Depot on Western Avenue, I didn’t think that you would have much to see, but this also surprised me; and then shocked me to see a couple of photos of myself (with a lot more hair than I have now), along with many others that I recognise. However, my memory of the names really disappoints me!
I joined Standard Triumph as an apprentice in February 1969. I had recently left school and had no idea what I wanted to do, but as I liked working on motor bikes, my father suggested the motor industry for me. Luckily, the famous Mr. Jock Brown lived up the road from us and, after an interview, I started at the London Depot. As mentioned by several people, Mr. Brown and Sgt. Murray (always in his commissionaire’s uniform) were a formidable force in the old school of management. They were very strict, but fair (and kind to me). Even if people did not like them, every one respected them. Mr. Brown, who was affectionately referred to as “The old man” was followed up by John Coulthard and then a Mr. Oliver 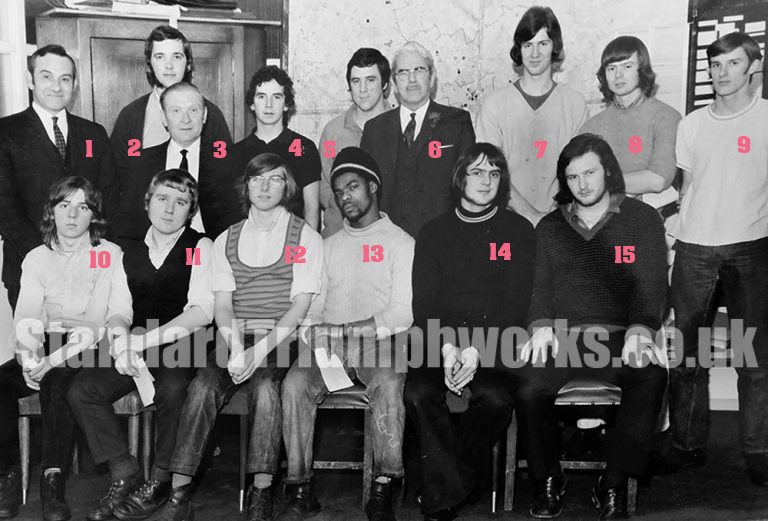 During my four year apprenticeship, I worked in all the departments with a lot of good people on the shop floor and in the offices. I was also allowed “block release” to follow the City and Guilds and Motor Industry courses at Paddington Technical College (now University of Westminster!)
Part two to follow…