I recently received my addition of the Triumph Herald book thank you.  I am also interested in a photograph appearing on the “Submit Your Memories” slip that accompanied the book.

I cannot find the same picture on the gallery site of the on line Standard Triumph Directory.  It is the second picture from the right on the bottom row on the reverse of the slip.

The two gentlemen in the centre of the picture are Ron Benfield and Bill Timms, and I am interested to learn what the photograph was depicting.
Ian V Jones 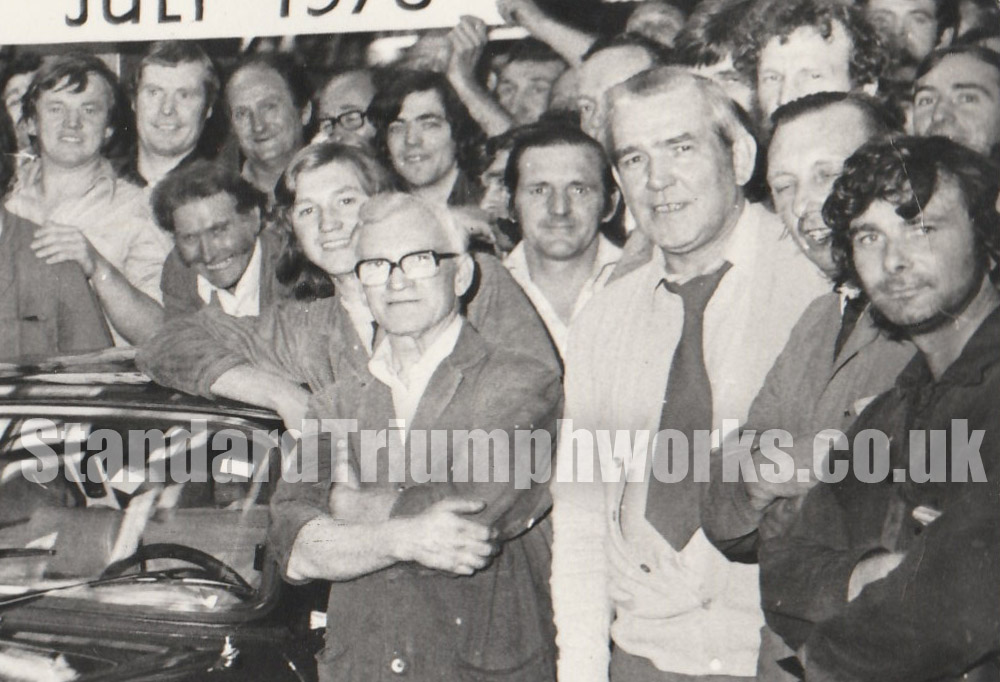 ED
Thank you for the two names, Ian.
The original photo (top) is a close up of the last TR6 off the production line dated July 1976. Interestingly, the two people Ron Benfield and Bill Timms  recognised appear in a couple of later photos when the management appear, with Ron and Bill sent over to one side (above)!

If anyone recognises any other faces, including the management (below), please get in touch. 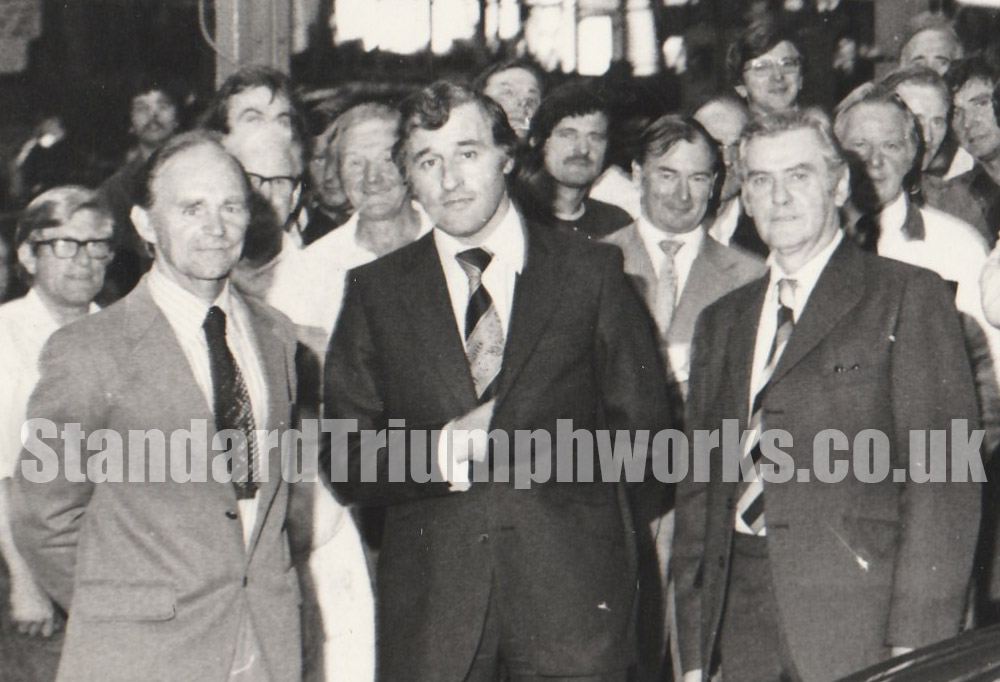 My father was manufacturing manager Gordon Hook (not John as named in the photo of the last TR6 off the production line). He is also seen in a photo with his arm across the last Spitfire.
Martin Hook – yes in France!

The guy on the second row with the tie is Trevor Hudgell I believe he was the Chief Inspector, he was a very nice man.
Martin Cox

UPDATE (Top Photo) Thetrimmer in a white apron immediately to the left (facing side). He is Dennis Buswell who used to be shop steward on the Stag & TR Line. When I was foreman on the line Dennis fitted TR6 windscreens. Like many on the line he had a skilled background. If my recall is right in his case it was aircraft industry. Submitted by Paul Litchfield