A new face being seen around Coventry plants recently is that of Mr. A. P. Lynch who is the Manager, Apprentice Training (Rover/Triumph). 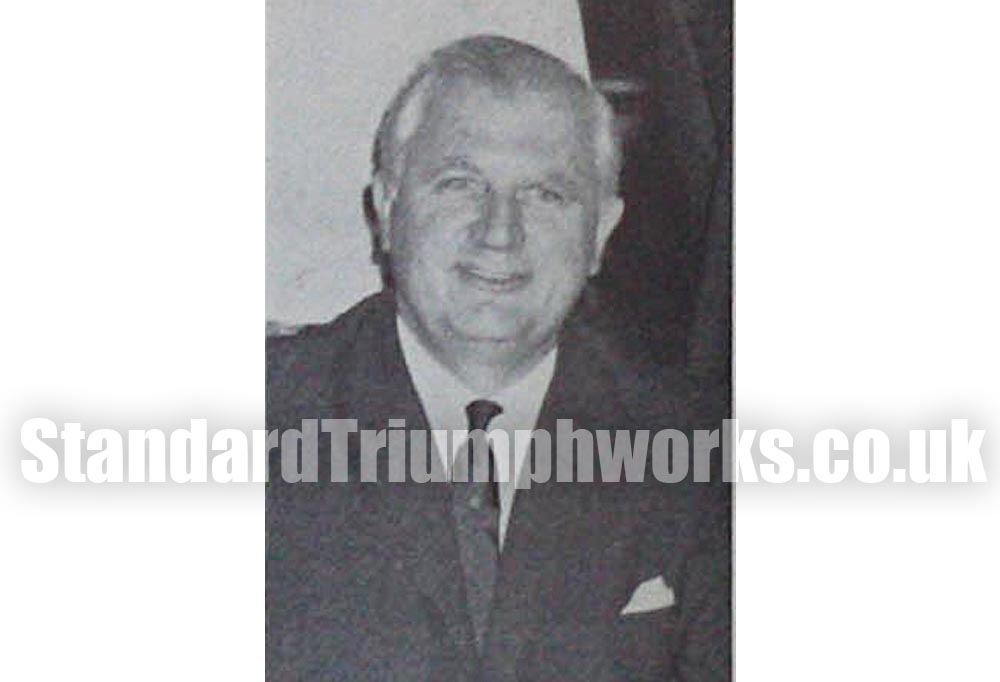 Arthur Lynch is a North-country man whose background includes experience in iron and steel production, marine engineering, and nuclear engineering.
Formerly a keen sportsman, he lists among his interests: soccer, rugger, climbing, sailing, swim-ming, hunting (with a foot pack), shooting and fishing. He is a life member of the British Olympic Association and an ardent supporter of amateur athletics. His musical taste ranges from Beethoven to the Beatles and he is happy to “talk all night” about his favourite subjects — apprentice training and his native Lake District.

His philosophy on apprentice training is that it should have as its objective the provision of a comprehensive and progressive programme for young people which will develop to the full their craft aptitude, technical ability and personal qualities. It would be foolish to merely produce employees suited only to the filling of specific vacancies, he says. In his spare time Arthur Lynch works very closely with Youth Education and Youth Service bodies. He has, for over 20 years, been connected with the National Association of Boys’ Clubs and is at present the chairman of their “Boys at Work” group. He believes in, and supports whole-heartedly, the Apprentice Association concept as a vehicle which aids the development of personal qualities, the third precept of his objective.

He is anxious to involve parents of our apprentices in the developmental approach and will always make time to discuss progress and prospects with them and any other interested individuals or bodies. He can be contacted via Mr. B. K. J. Dagger (Training Officer) or Mr. P. S. Green (Chief Instructor) at Tile Hill Training Centre, Coventry.