Premium Bond Vouchers were presented Mr Dick Welham on behalf of the Company. 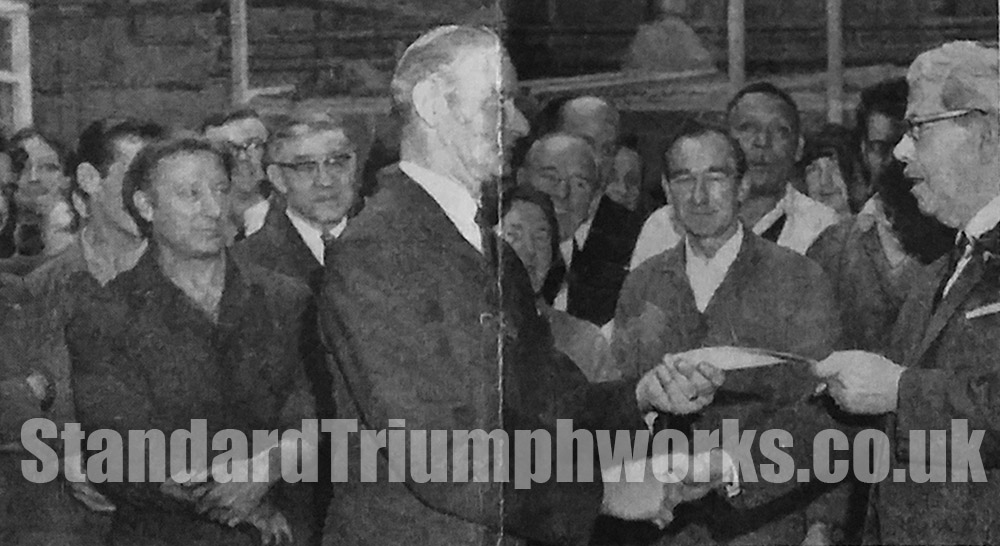 He started with the London Sales Division straight from school and transferred to the Service Department at Boundary Road some years later, in  which Division he has since continued to serve the Company loyally.