I started working at the Standard factory in the spring of 1964 in the machine shop on the flywheel section. 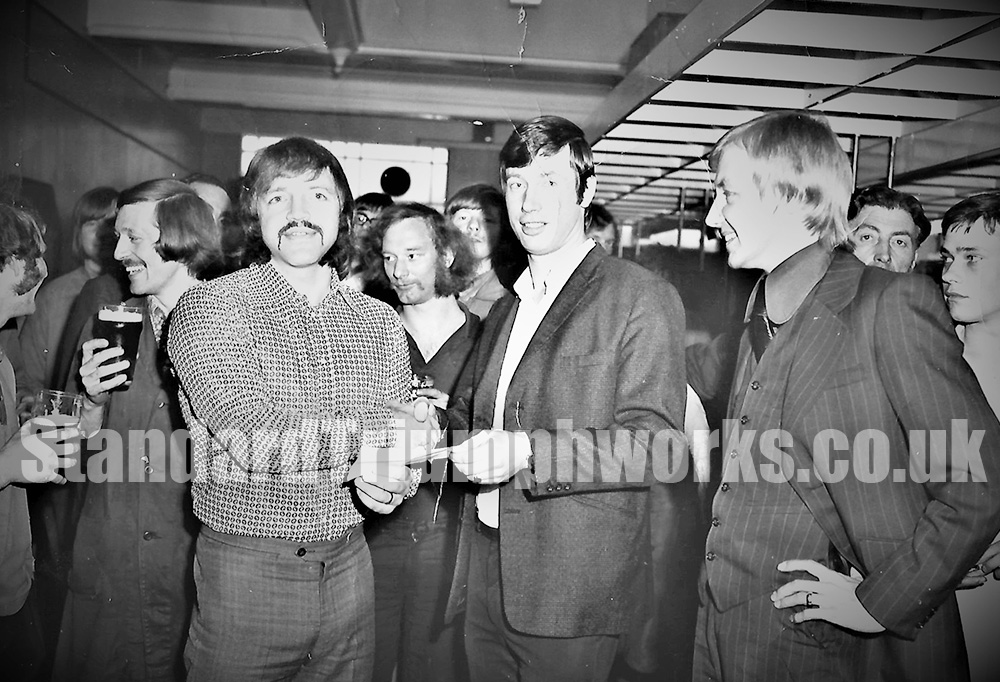 Over the next few years I experienced the highs and lows of the industry with short time working and strikes being the lows. Then there were the highs when we worked five days a week and often all day Saturday and Sunday morning. As a young married man I grabbed as much overtime as I could.

In 1971/72 we had a downturn and short time working was eating into our wage packet. I managed to get a transfer to the bought out Inspection in early 1972 and then moved on to the inspection department in the Fletch gear box machine shop. Redundancy came for me in 1979 as it did for the majority of the workforce.

My late father Len Morton, (same name as myself) started at the Standard in 1935/6 and apart from his war service stayed on till the final closedown in 1980. The picture is of myself and the late Ernie Hunt, one of Coventry City’s players taken in the Standard clubhouse. Ernie was presenting me with a cheque for a little over fifteen hundred pounds in May 1972 won on the Sky Blue football pool from the Australian football league.