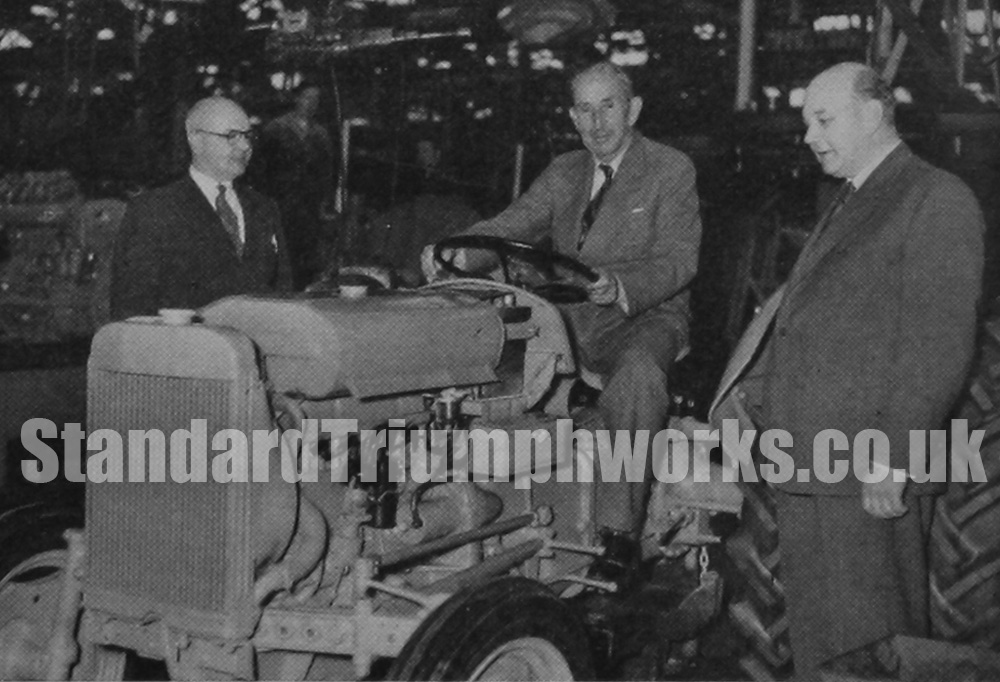 Included in the party who made a tour of the Canley and Banner Lane factories was Sir Robert Grandsden. Our photograph shows Viscount Brookeborough driving a Standard built Ferguson Tractor off the final assembly line at Banner Lane. In the photograph also are Mr. J. Buckman, General Works Manager, and Mr. C. Wright, Assembly Superintendent Tractors.