The 20,000th Standard Built Ferguson Tractor came off the assembly lines at Banner Lane recently. It is seen, with others, being driven by a group of youthful employees under the eagle eye of Mr C. Wright, Foreman of the assembly line. 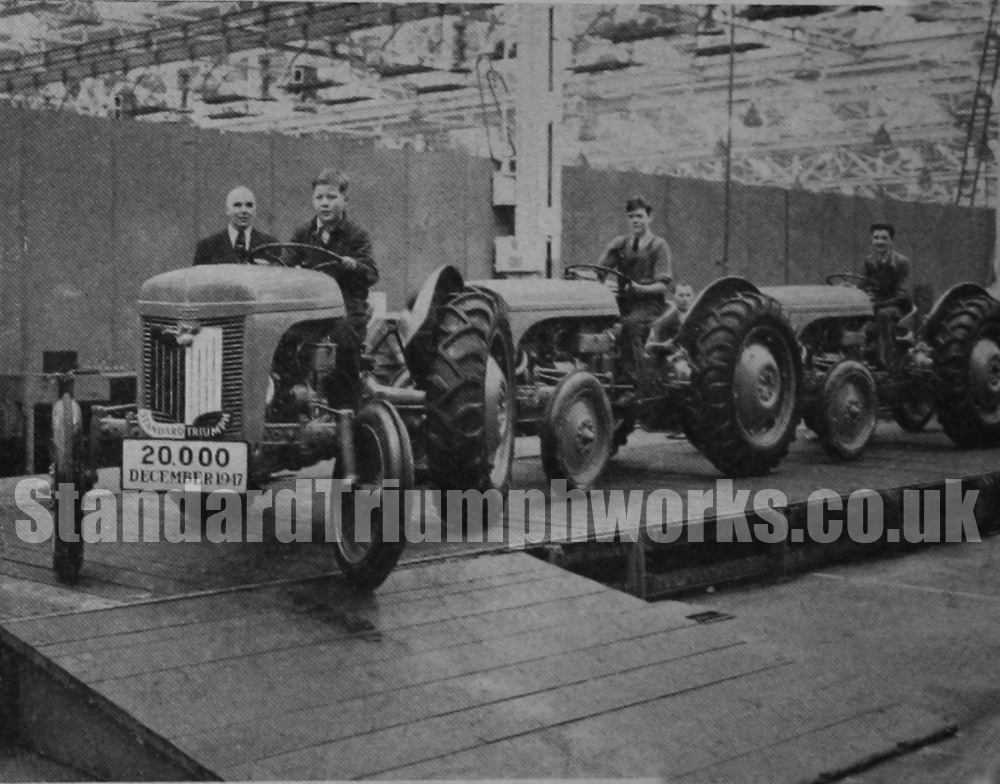 These youngsters were permitted to drive the tractors on this special occasion and thus demonstrate the easy control of the vehicle.

The national and provincial Press have commented recently on the increasing production tempo at The Standard Motor Company’s Banner Lane plant where Ferguson Tractors are produced. Production has increased tremendously during the last three months. Evidence of this is that while it took thirteen months to complete the first 10,000 tractors, it took only thirteen weeks to produce the second 10,000. The average rate of production per day during this period was 154. As we go to press the figure now stands at 230 tractors per day. This rapid increase is due to the improved flow of materials, the steady completion of new plant, the magnificent co-operation of all employees and the installation of even more specialised machine tools which have now almost completely replaced the general purpose machines used in the earlier stages.