With these two photos we need your help… 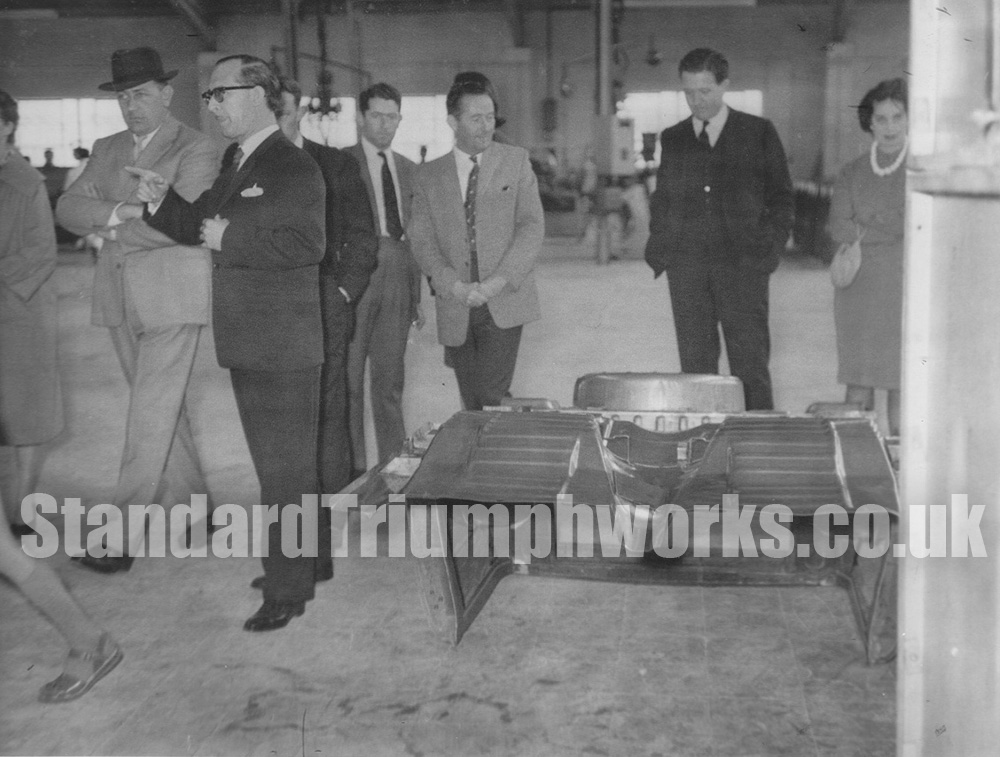 Taken on the same visit, as they depict the same people, they show Triumph Herald body panels the first, being a rear body tub and the second, a bonnet.

We are unsure where these particular photos were taken and it may be one of the factories who supplied body panels to the Standard Triumph factory for assembly. 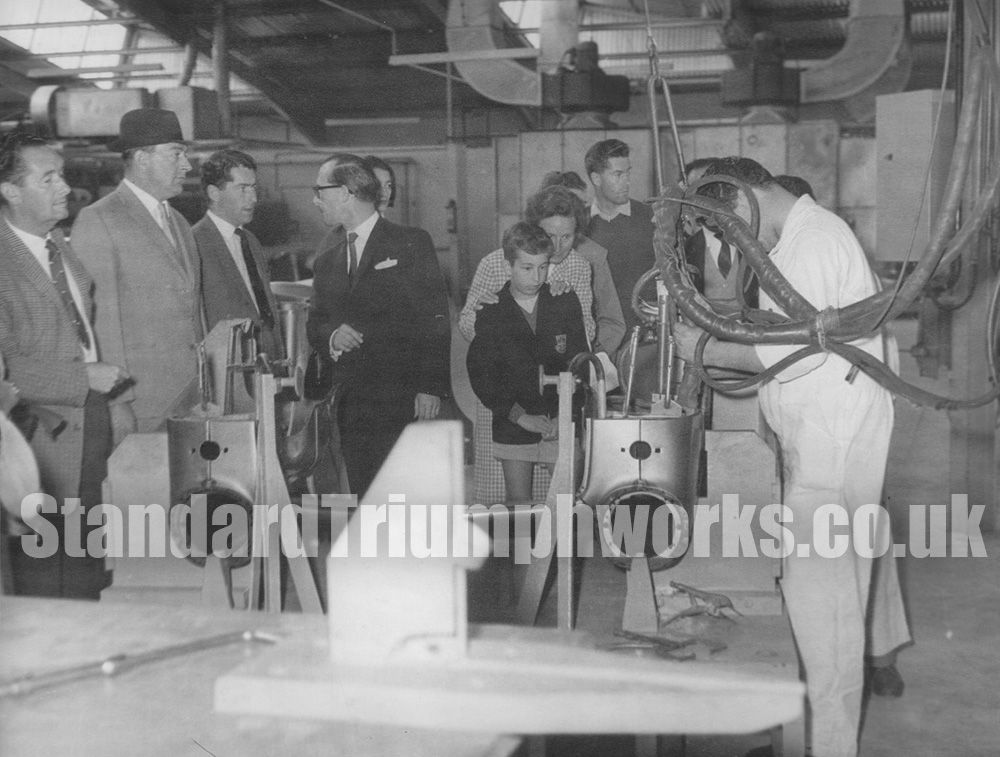 Auto Body Dies Ltd were based in Luton and part of the Hall Engineering (Holdings) Ltd Group which had premises in Speke (Liverpool) and Shrewsbury.

Are there any clues that can determine a suggested location? Let us know your thoughts.