The men from the Polish Armoured Forces during the training in the UK. 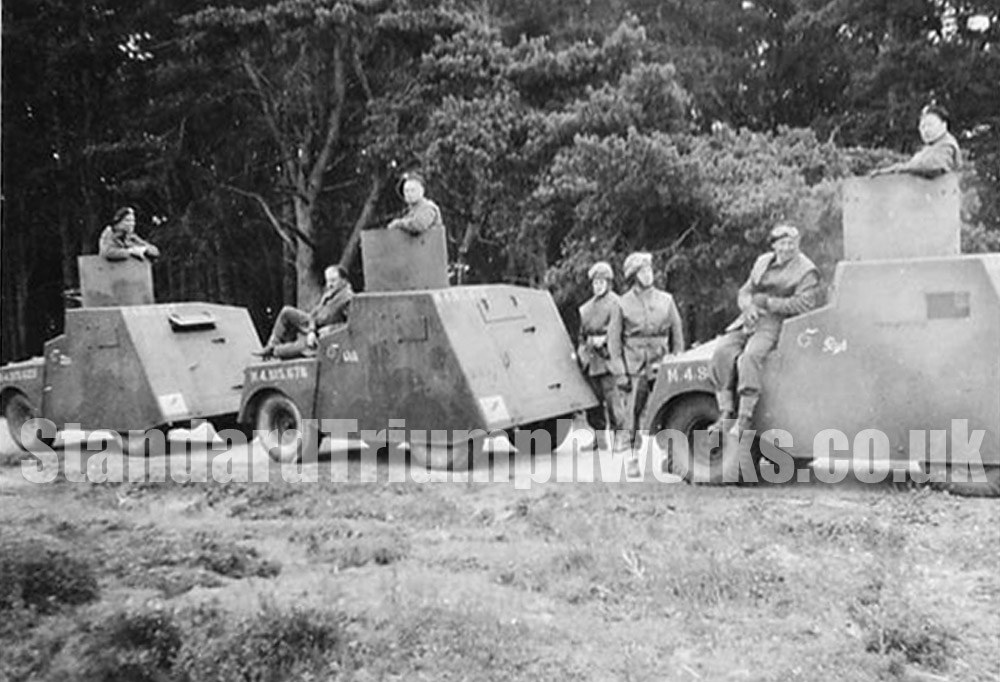 We can see in the first photo, that each Mk. IV Standard Beaverette armoured car, besides the W. D. contract number, has the same unit emblem, and the car’s own name in Polish (see on the left sides of the car hulls). As I see it, The armoured car in the right side of the photo has the “Ryś” (“Lynx”) name. 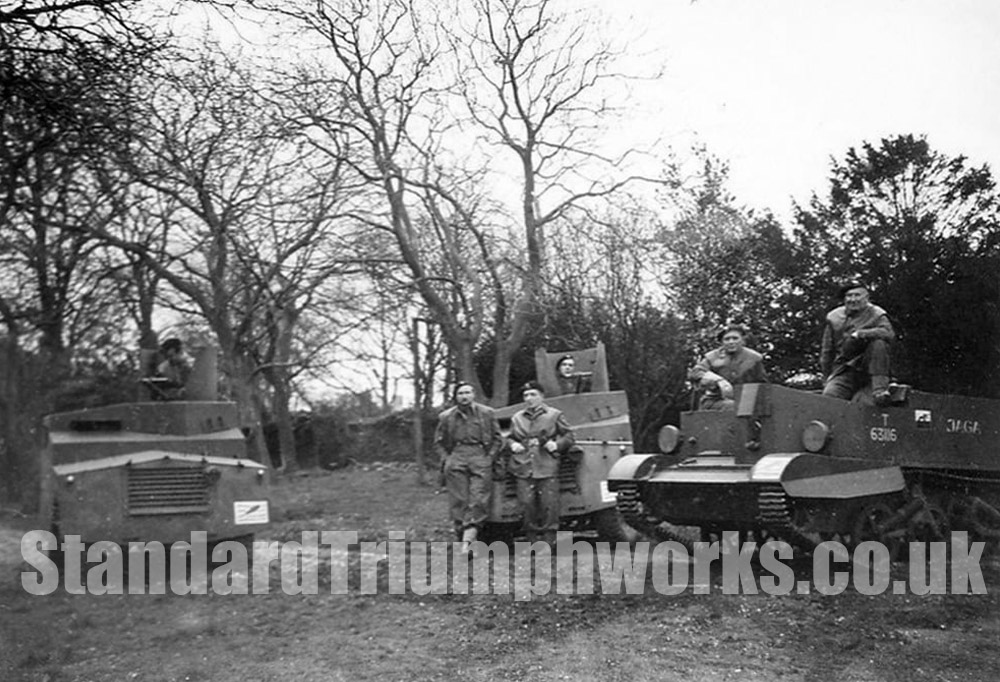 The second photo shows the same men. The personnel carrier, besides the W. D. contract number, has its own name – “Jaga” (it reads as “Yaga” – the accent falls on the first “a” letter. Yaga is a character in fairy tales and mythology of the Slavic peoples. Yaga is an old woman, who is a forest witch).