Black, Sir John Paul (1895–1965), motor vehicle manufacturer, was born on 10 February 1895 at Kingston upon Thames. Black was educated locally and studied law, which brought out an aptitude for clear-cut decisions that was further developed in the First World War, during which he attained the rank of captain. In 1919 Black was recruited by the Hillman motor car marque in Coventry. He soon became joint managing director, with Spencer Wilks. Their success led to Hillman’s being taken over by Rootes Ltd, a move which prompted both to resign in 1929.

Black joined the Standard Motor Company the same year, at the invitation of its founder, Reginald Maudslay. The marque was in dire financial straits and Black, who became general manager in 1930, set about restoring the company’s fortunes. He ended the costly in-house manufacture of components and started to introduce mass production techniques. Black also brought in Edward Grinham from Humber as chief engineer; he was able to interpret Black’s ideas for stylish and competitively priced models, especially in the Flying Standard series. By 1939 total car production had reached 50,000 units a year, making Standard Coventry’s largest motor car manufacturer and earning the marque a place in the ‘Big Six’ league of leading British-based producers. Although Black did not officially become managing director until Maudslay’s death in December 1934, he was effectively in command from the start.

In 1936 Standard was invited to join the Baldwin government’s ‘shadow’ rearmament scheme, in which Black was an enthusiastic participant. He took charge of two aero-engine ‘shadow’ factories, the second of which, at Banner Lane, was the largest in Coventry. Black also succeeded Lord Austin, in 1940, in the chairmanship of the overseeing ‘shadow’ joint aero-engine committee. Standard’s substantial contribution to the war effort totalled 20,000 Bristol Hercules aero-engines, 54,000 aero-carburettors, 417,000 cylinders, 1066 De Havilland Mosquito fighter–bombers (14 per cent of the total built), and numerous Oxford trainer aircraft. Black was rewarded with a knighthood in 1943. 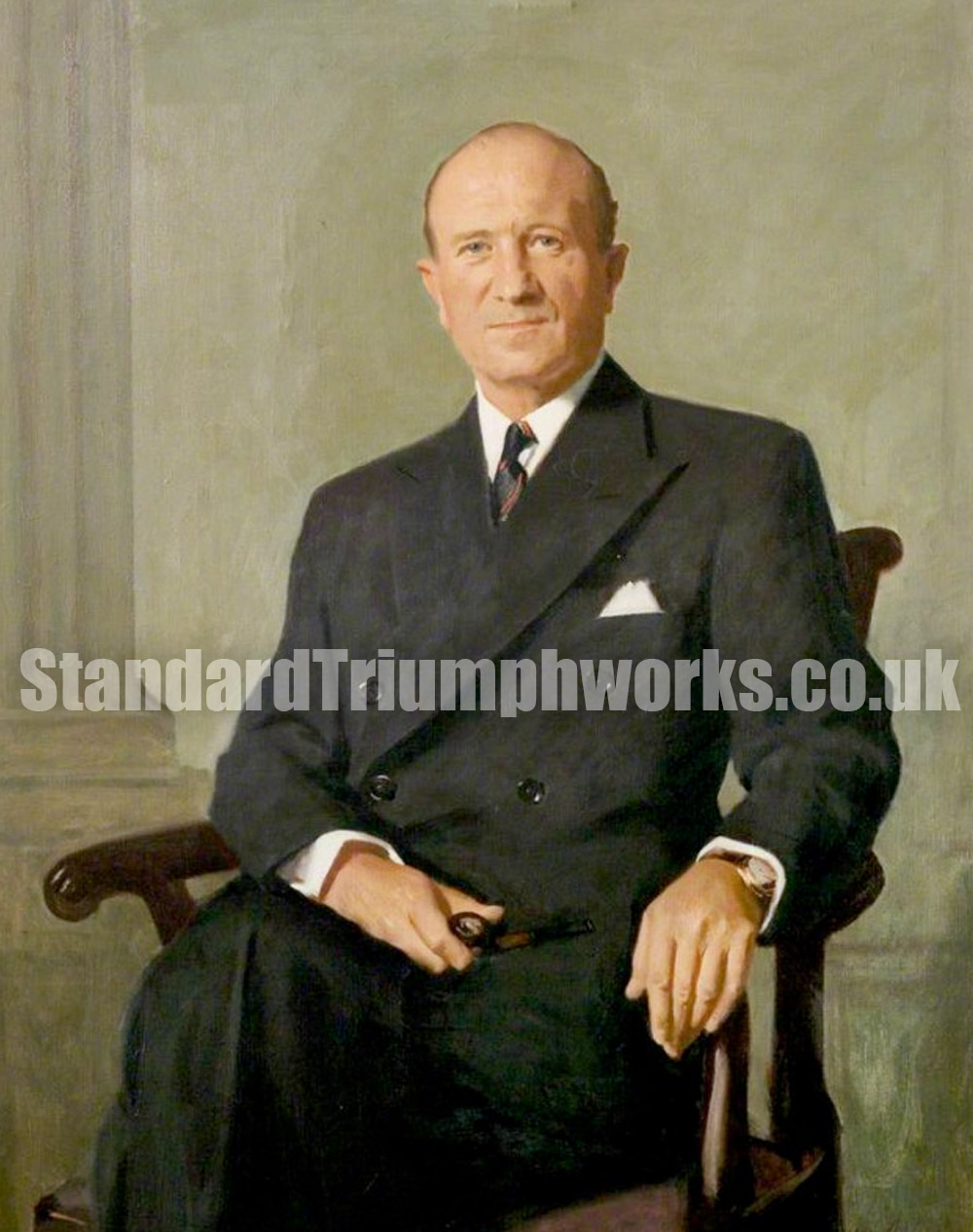 Black was astute enough to recognize that Standard could benefit from its wartime activities. He successfully negotiated with the authorities to take over the two aero-engine ‘shadow’ factories. The Banner Lane facility provided an ideal venue for tractor production, with Black succeeding in his bid to link up with Harry Ferguson. The other component of Black’s post-war strategy was the Vanguard motor car, which was a major contributor to the Attlee government’s ‘export or die’ strategy between 1949 and 1951. But, as foreign competition intensified, the Vanguard’s limitations in overseas conditions led to falling sales.

Black took Standard in another direction when, in 1944, at his urging, the bankrupt Triumph Motor Company was acquired. Seeking a more glamorous image in keeping with his personality, Black was behind the development of the TR sports car range, though he had left Standard before its success came. In many ways Black lost his touch after 1945. Before the war, he had adopted a vigorous anti-trade union stance, but after the war he completely reversed his labour policy by paying higher wages than was the norm in Coventry and handing greater influence to shop stewards. The inevitable outcome adversely affected Standard’s competitive position and profits—the year before Black’s resignation profits per unit were down to £13, under one-third of the amount made by Ford at Dagenham.

In fact, it was the tractor division which sustained Standard-Triumph. In 1948 more tractors were being produced than cars and by the early 1950s about 70 per cent of the profits were derived from Banner Lane.

But all was not well between Black and Ferguson; Black resented Ferguson’s relegation of Standard-Triumph to contractor status rather than seeing the marque as an equal partner. At the heart of the bickering lay Black’s jealousy at the huge personal rewards accruing to Ferguson. The latter tried to redress the balance by offering Black some shares in his company, but withdrew his proposal when Black insisted on a 50 per cent holding.

Black’s decisions grew increasingly questionable and he eventually lost the confidence of the Standard-Triumph board. Black let Fisher and Ludlow, his company’s main body suppliers, fall into the hands of the British Motor Corporation. Then, after the board agreed that the tractor contract would not be renewed following Ferguson’s shock merger with the Canadian firm, Massey-Harris, Black concluded a twelve-year deal with the new Massey-Ferguson organization.

At Christmas 1953 Black became chairman of Standard-Triumph, but his position was far from secure. After he threatened to fire the revered Grinham, the board used the excuse of an accident Black was involved in as a passenger in a Swallow Doretti prototype as a convenient public excuse to force his resignation.

Outside his work, Black led the life of a playboy, being a keen golfer, yachtsman, and skier. In the 1930s he ordered a luxury company bungalow to be constructed at Harlech Bay in Wales, which was part of his resignation settlement. He bought a nearby farm and retired there to raise sheep and cattle. He was married twice, first in 1921, to Margaret Verena (Daisy) Hillman (1887–1978), daughter of William Hillman, owner of the Hillman Company. This marriage was dissolved after his wife left him and on 25 June 1943 he married again, his bride being Alicia Joan Pears (1912–2002), daughter of James Henry Linton, a bishop in Persia and later rector of Handsworth. This second union produced three sons.

Black died suddenly on Christmas eve 1965 in Cheadle Royal Hospital in Cheshire. A memorial service in Coventry Cathedral was well attended by industrialists and shop-floor workers. Despite being reputedly the second highest paid executive in the motor industry when he resigned, Black left only £33,825, a sum which reflected his colourful and extravagant lifestyle.