“In 1962 my future husband, Colin Wyatt, worked in Experimental at Fletch North. I was at Underwood’s Secretarial in Warwick Row, finished my studies, did a year with a firm of Chartered accountants, then there was a job available in the buying office at Canley.”

“I could not understand why I had to go to Banner Lane for my interview, but later found out that Triumph leased offices from Massey Ferguson! I got the job and worked in the buying office at Canley for Dave West, the steel buyer with department head Bill Randle. Colleagues were Charlie Killick, Jean Dunn, Marilyn Adams, lots of other faces I can see, but names I can’t remember!”

1966 “Works team first eleven” who represented Standard Triumph in the Coventry Works League. In 1966, the team gained promotion by finishing runners-up in the league. 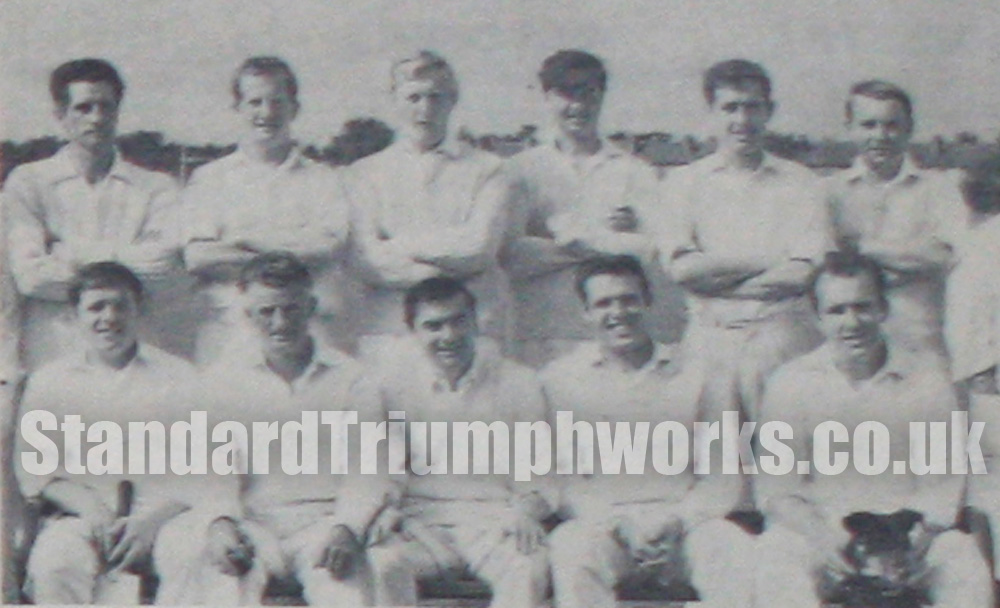 “Colin played Cricket for Triumph and when I was learning to drive the field keeper had broken his arm and a couple of evenings, circa 1964 I was allowed to use the tractor and mow the “outfield” while cricket practice was going on. I also drove around the plant, all alone, learning to drive. It gave me so much confidence, just driving around the factory after everyone had gone home! I got my license first time!! Perhaps Colin’s tuition, he was test driving in Experimental, was what helped me most. Sadly he passed away more than ten years ago, but his driving teaching is still with me!”
Submitted by Sue English 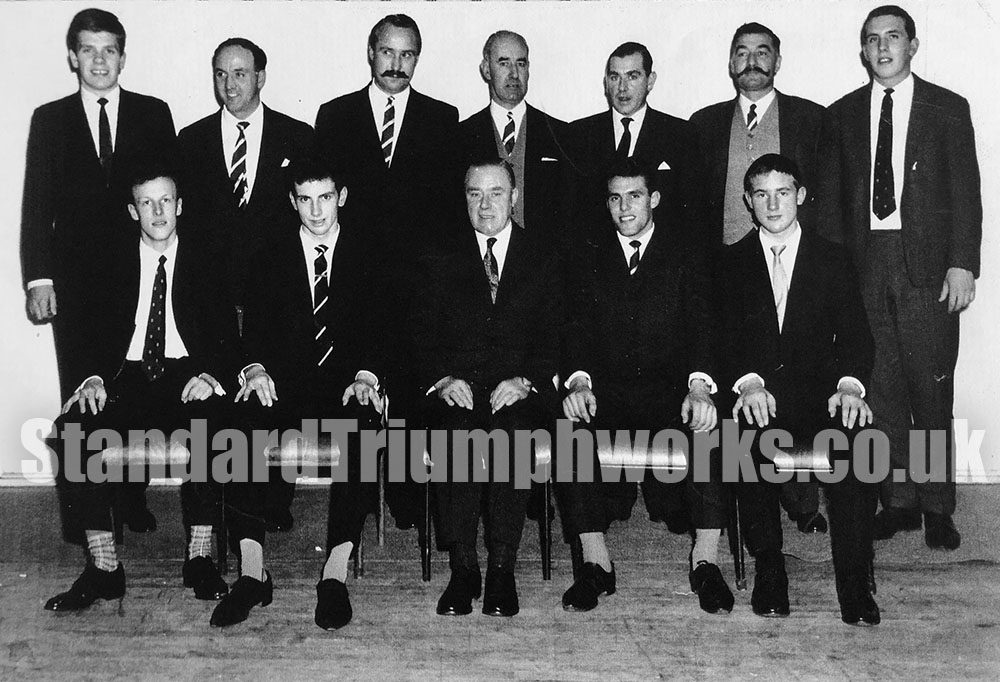